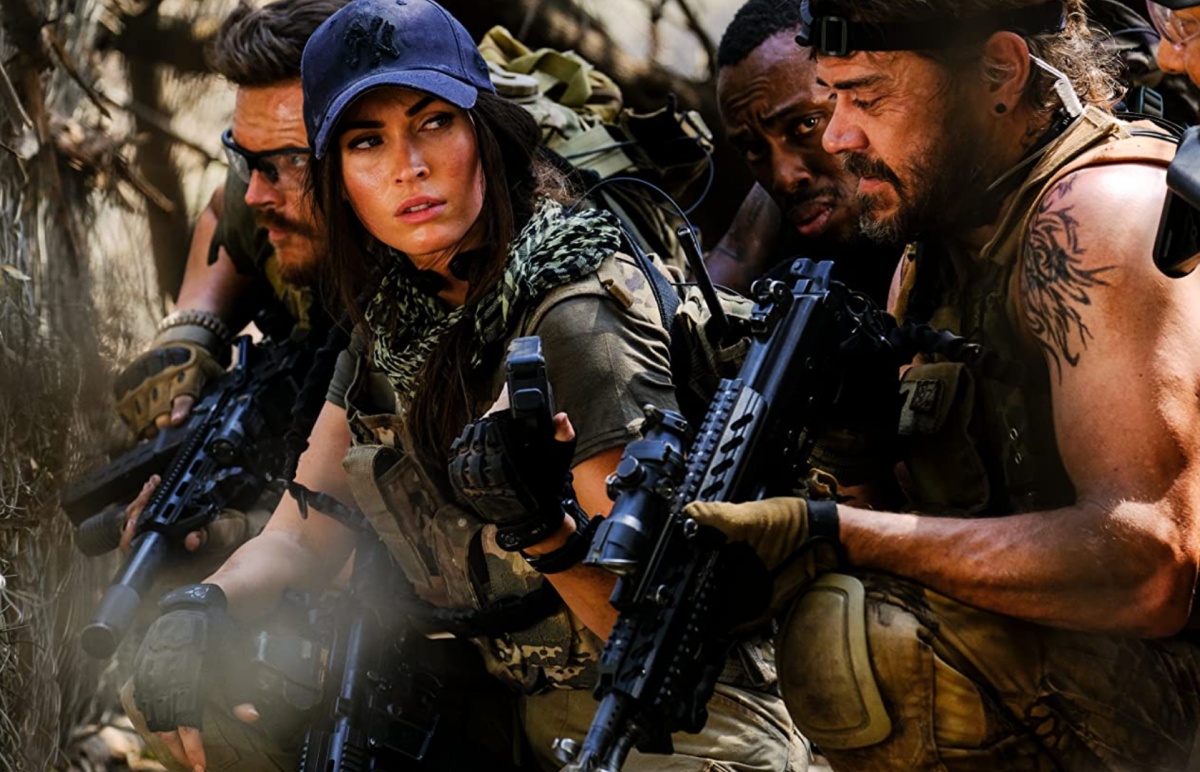 Taking off my stan goggles, this movie looks silly—really, really silly—but at the same time, will I spend video on demand money on this? Why not? If Extraction on Netflix could be popular, why not this? Bassett has worked on Ash vs. Evil Dead and Altered Carbon.

This will be her sixth film and her fifth as the writer. Basset worked on this particular project with her daughter, Isabel, who co-wrote the screenplay.

“Rogue is the story of a small mercenary unit of soldiers who have been engaged by the governor of an African country to rescue his daughter who has been kidnapped by an Al-Shabaab-type organization,” Bassett told Entertainment Weekly:

This unit go in, there’s more than one girl so their plan is immediately compromised, and their extraction goes wrong. So, suddenly they find themselves on the run from the bad guys, looking for refuge in Africa, and come across an abandoned farm, or they think it’s abandoned. While they’re hunkering down they realize that the farm was used as a poachers’ stronghold and a breeding place for lions for the hunting industry and the East Asian medicinal market. And though the lions seem to have escaped, there’s clearly one still around. So, suddenly they realize they have no ammunition and they are very much the bottom of the food chain, and they have to survive the night before the bad guys arrive, the lion gets them, and the extraction can happen.

Fox ended up joining the project after the script was done because it was better than expected and the movie’s financial backers saw that it would be a really interesting role for a female lead. “Megan was on the list. I was like, ‘Well, we’re never going to get Megan Fox, that’s ridiculous. It’s a little movie,'” Basset explained. “I was like, ‘We can’t wait for the big movie star to say ‘Yes’ or ‘No,’ give it the weekend and we can just move on with our lives.’ She read it and said ‘Yes’ the next day, which never happens ever.”

Just from the trailer alone, where all the emphasis is on Fox being a badass gunslinger and not sexualizing her, I can see why she’d be drawn to a role like this.

Basset continued: “What I liked about the movie was it’s got a female producer, a young woman co-wrote it with me, it’s got a female lead, a trans woman writing and directing and producing it. It’s pretty progressive without really trying to be, which I’m really proud of.”

Regardless of whether this does just end up being a silly action flick, I do think that’s something to be proud of in the end.