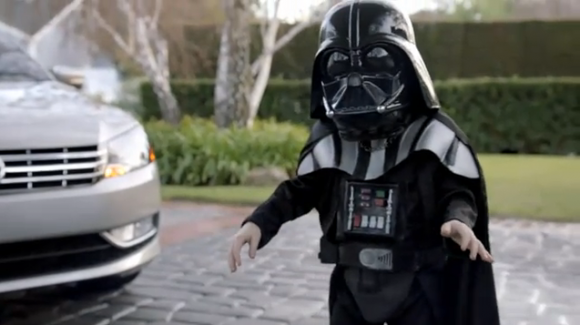 Spare a little bit of your time today to send out some good vibes to Max Page, 7, who played the little Darth Vader kid in that adorable Volkswagen commercial last year. He’s having open heart surgery today, which will be followed by a summer-long recovery. His mom released an email she wrote, explaining his condition and reaching out for support.

Before going into details, here is Little Darth, unmasked, from his appearance on NBC‘s The TODAY Show: 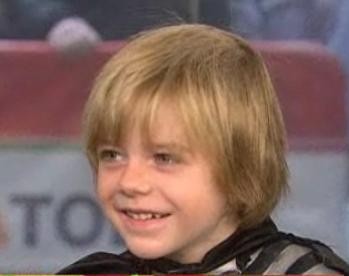 This morning, Page checked in to the Children’s Hospital Los Angeles for major surgery on his heart to correct a congenital heart defect; he’ll have a hole repaired and a pulmonary valve replaced. According to his mother, Jennifer, he has been dealing with the effects of his condition since he was diagnosed as an infant and usually uses a pacemaker. And while we’d love to believe that Max is heading into this with head held high and without any fear, Jennifer says — in an email to AdWeek — that he’s being brave, but still kind of scared.

We unpeeled the layers by asking what exactly he was afraid of and tackled each issue as he could verbalize it. Blood draws, spending the night in the hospital and hurting are the big three. He was also very sad that summer would be in rest in recovery instead of playing baseball, golf and traveling.

As a way to add some fun to his recovery, Jennifer asked Max for a “can do” list of what she “can do” to help him feel better when he’s home:

So we wrote out all the things he can do so he could focus on those. Then he said we definitely had to “Fun Up” the house. So we went and got Els [Max’s brother] out of bed and spent the next hour redesigning each room with a theme, special rules and secret codes. In the Library (Els Room) we have to read with flashlights. On Whisper Lane (the hallway) you have to whisper. Going up the stairs you have to sing “Take me out to the ball game”. The most favorite is the garage — Explode Zone — science experiments and art projects, the messier the better.

And then, he turned on the bravery:

He said, “Mom I don’t have a choice. I have to go through it. I don’t like it and it’s still scary — but I have to. So I think I might as well go through it with a good attitude.”

He’s all of seven. We’ll let that simmer. And remember Max Page the next time you (or I) have a case of the sniffles.

We wish Max nothing but the best wishes for a successful surgery and smooth recovery, filled with make-believe and messy art projects and experiments!