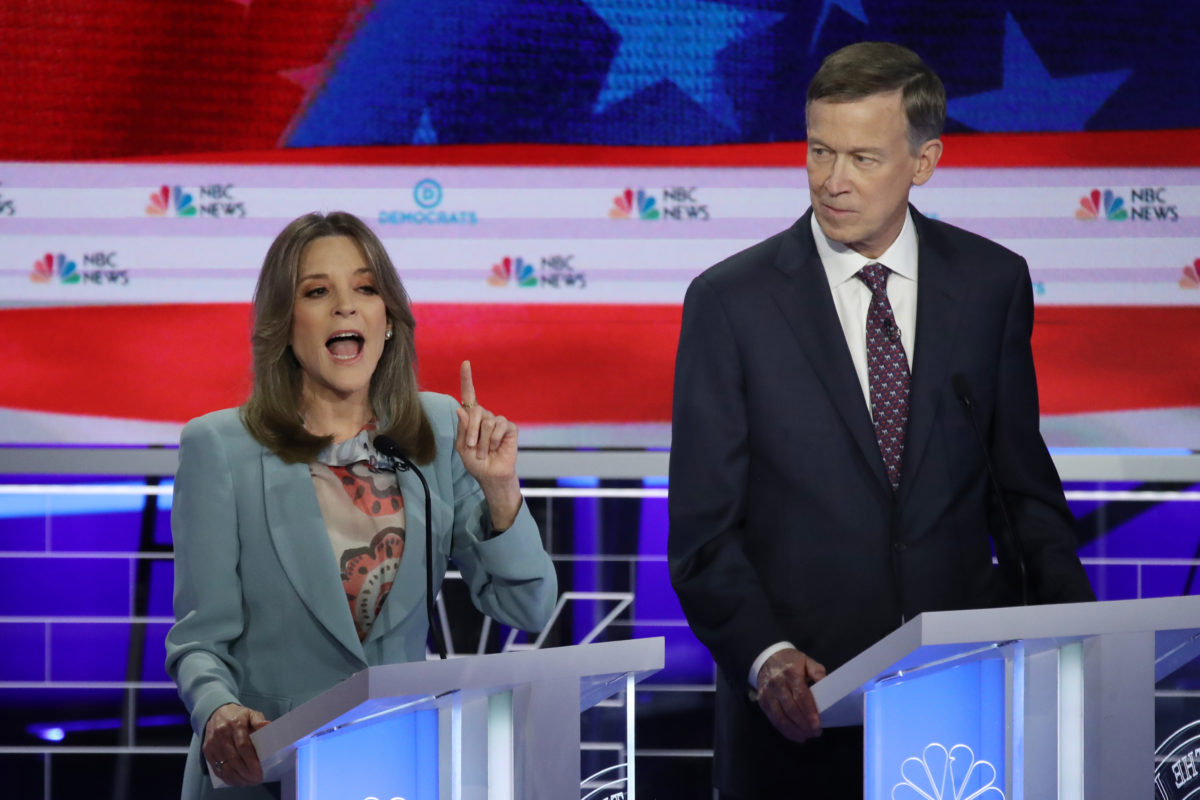 Despite the fact that she is polling at less than 1% nationally and being a national punchline, Marianne Williamson is still running for president. While we don’t particularly mind that, since running for the Democratic nomination with no chance of winning it has practically become a national past time, we do take issue with the fact that she is using that platform to peddle dangerous and wrong claims about vaccines.

Williamson has a bad record with being anti-vaccine, despite her claims she’s not, and her latest facebook post continues a trend of casting doubt and sowing fear about vaccines:

.@marwilliamson parroting all the anti-vaccine talking points on Facebook. pic.twitter.com/8OBaHLZQrP

Anna Merlan over at Vice has done a great job breaking down everything wrong with Williamson’s claims, but we’ll go through it too. For one, there is already a group set up to monitor vaccines, it’s called the National Vaccine Advisory Committee and it’s been around since the 80s.

What Williamson does here though that’s far more dangerous is mischaracterize the National Childhood Vaccine Injury Act. This act was passing in 1986 after families began suing vaccine manufacturers for injuries to their kids that were very hard to prove or disprove at the time. Juries were granting judgments against the manufacturers that were getting big and rather than let these suits drive the manufacturers to stop making vaccines, the feds created a no-fault system where people who claimed injury by vaccines could be compensated without dissuading pharmaceutical companies from making life-saving vaccines.

Williamson is using facebook and her platform to undermine people’s trust in vaccines. Vaccines are safe, effective and good for the country and children. They don’t cause autism. And the anti-vax movement is one of many fringe movements that are being pushed and exploited by Russian trolls to get America to tear itself apart and, in this case, seriously endanger lives.

Marianne Williamson needs to stop using her platform to feed into these conspiracy theories about vaccines and stop manipulating information to give gullible people reasons to distrust vaccines – which, I must restate are good for society. Maybe she can take the time and money she’s wasting on this presidential bid and invest it in some real education for herself and her supporters.