Happy Birthday Doctor Who, Show That Reminds Us to be Brave | The Mary Sue

Happy 57th Birthday to Doctor Who, the Show That Reminds Us All to be Brave 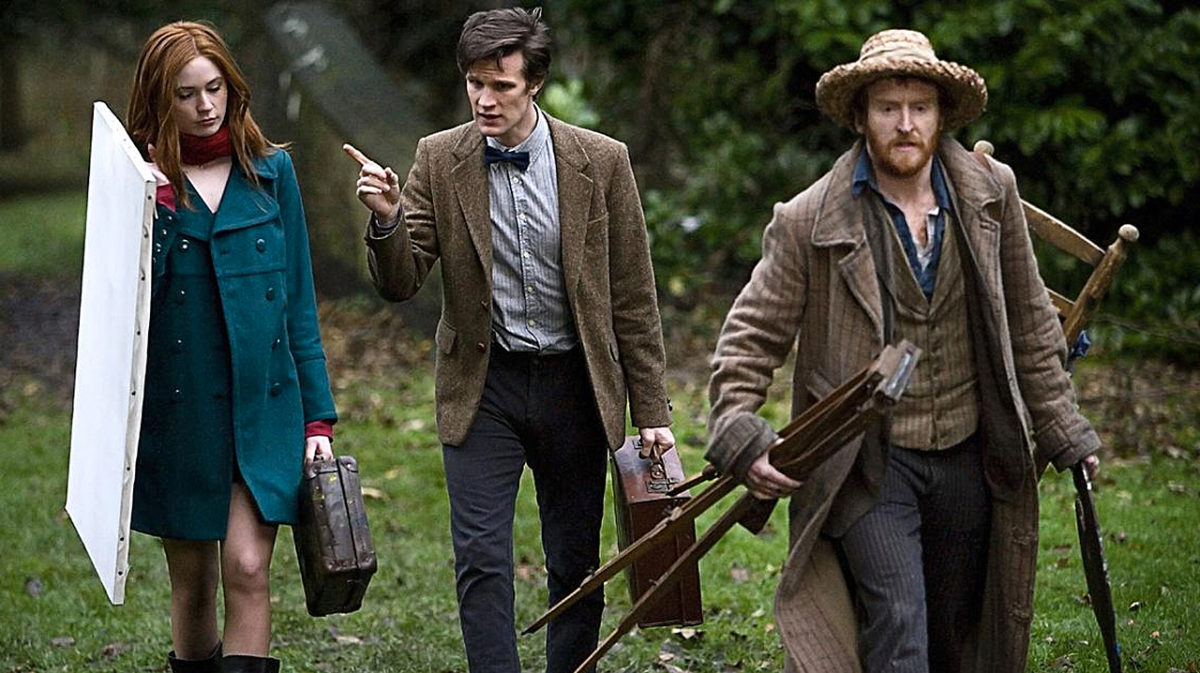 Doctor Who is a show that means so much, not just to fans but to the world of pop culture as a whole, and on its 57th anniversary, I just want to say thank you to the show that constantly reminds me to be brave.

Like most fans, my relationship with the show is personal, as well as communal. As a teenager, I existed on the internet, so of course I saw people talking about David Tennant joining the series as the Doctor, and when I mentioned it to my older brother, he got excited. He finally had someone in our family to bond with over Doctor Who. So, we downloaded Christopher Eccleston’s season (I’m sorry, it was 2005), and I caught up in time to watch the Doctor regenerate into David Tennant, and from then, I was hooked.

I went through all the emotions of falling in love with a Doctor and not wanting to see the actor leave, and then I found the Doctor who would become my favorite. When David Tennant announced he was leaving and Matt Smith took over, I thought I’d hate him. I thought that no one would make me as happy as David Tennant did, and sorry to Tennant, but Matt Smith quickly proved me wrong. That first season with Matt Smith was filled with beautiful storylines and characters that inspired me, and more than that, it helped me figure out what I wanted to do with my life.

I wanted to bring others those important storylines and that joy. I wanted to create, and I went to school to be a writer and a performer because of Matt Smith (and particularly “Vincent and the Doctor”). I fell in love with everything about this show and came back week after week because it kept inspiring me to be the best person I could be.

But most importantly, the show taught me how to be brave. Doctor Who, at its inception in 1963, was a show meant to teach children about history and science. It was an educational program that audiences fell in love with, and while the show does still teach us about important moments throughout history, it also teaches us about ourselves. I know that people either absolutely adore Clara Oswald (played by Jenna Coleman) or hate her, but Clara especially taught me that sometimes, you have to remind yourself to be brave and do the thing that scares you.

“Let me be brave” is something she told herself when faced with death on her journey with the 12th Doctor (Peter Capaldi), and it’s just as important a lesson as any historical facts the show teaches us.

Everything about Doctor Who is meant to inspire and teach and entertain. It’s a show that brings families together, that incites conversation and has excited audiences for the last 57 years and doesn’t seem to be stopping. So, thank you, Doctor Who. From the bottom of my heart.

I wish I could give this show an ounce of what it means to me, but what’s so beautiful about it is that those who work on the show? The creators, performers, writers, and crew? They know, they understand, and they feel the same way we do as fans. When I spoke with Chris Chibnall (the current head writer) at an AOL Build series right before Jodie Whittaker’s premiere, I told him about how much this show means to me, and he shared the sentiment because it has just been here with us all through so much.

I hope that I get to show my kids the new Doctor someday. I hope the show goes on and on long after I’m gone because it’s a legacy that has stood the test of time and will continue to do so—because we can always learn something new from the Doctor.