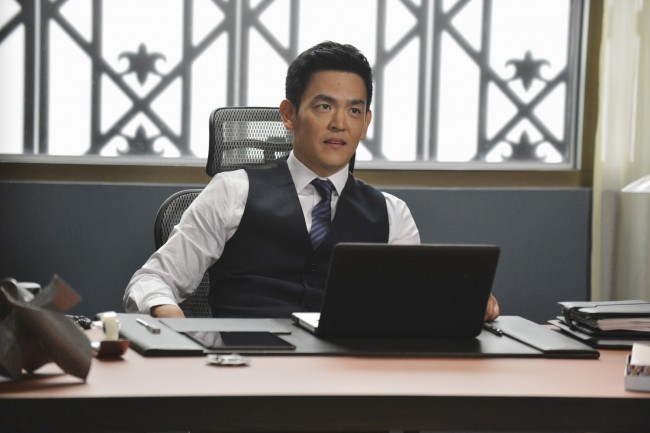 When Selfie got the boot off of ABC back in 2014, many folks lamented the fact that not only did we lose John Cho on our television screens, but we also lost a show that presented an Asian male as a romantic interest. Say what you will about the show’s writing, but its existence carried a strong promise of how good things can be when you put up an Asian male as more than just comedic relief or “mystic guidance.” Now, though, with this upcoming newly-announced television show starring Cho, we might get another shot at this.

According to Variety’s report, Connoisseur is an hourlong drama centered on a con man named Clay Park who “dupes the wealthiest, most powerful people in the country into paying millions for fake wine, but his hustle forces him into a deadly bargain with an organized crime syndicate, puts him in the cross-hairs of the FBI, and unearths the details of a tragedy that fractured his family years ago in Korea.” It’s currently being developed for USA Network by Gary Lundy with Ben Watkins (Hand of God).

Cho’s shown off his acting versatility on countless occasions, and I have not a single doubt in my mind about whether he can handle a role like this. He totally can.

What’s especially nice about this casting is that Cho is, himself, Korean. The show successfully avoids the ever-infamous “one Asian to play them all”-type castings that plague Hollywood. In short, Hollywood often casts Chinese actors to play Japanese characters and vice versa; the same goes for nearly any Asian ethnicity (Vietnamese, Filipino, Koreans, Taiwanese, etc.). It may seem like something small to the casual passerby, but understanding how crucial these differences are can (and will) go a long way towards proper representation, which is something that Hollywood continues to struggle with to this day.

Here’s hoping this show works out.