An Introduction to Dr. Janet Travell, or How My Neck Problems Became Work-Relevant 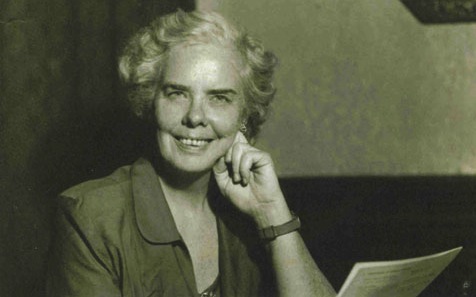 So, this is a rare occasion when a personal anecdote became relevant to my job here at The Mary Sue, and it only meant a pain in the neck. A severe pain in the neck. After a surprise trip to the doctor, I found out what was wrong: I had a myofascial trigger point in my neck. It’s basically a muscle knot, except worse and possibly chronic. But what I found out about trigger points was actually incredibly important to women’s history — trigger points were discovered by one Dr. Janet Travell, who was also the first woman to become the Personal Physician to the President of the United States. She also brought back the rocking chair. But she was so interesting and important that I just had to tell you about her.

Here is a little background as to how just a stiff neck turned into a trip to the orthopedic surgeon: About a month ago, I was pulling a suitcase full of heavy sound equipment and then turned. In a bad way. I figured it might be a pulled muscle, no big deal, I get those all the time. The next morning, it felt like there was a knife in my back. It was pretty bad, but after some heat, some ice, and some Advil, it went away. Mostly. Last Thursday, I woke up and the knife was back. With a vengeance. And nothing was helping. By Friday morning, I was making an appointment and begging Susana to let me leave, and I didn’t even get to talk about The Hunger Games with Jill, who had seen it before it opened and wrote our review. I got to the doctor, and by the way I was describing the pain and moving (or, rather, not moving), he was saying that before I resorted to “trigger point injections,” “we can fix this.” So, awesome! What’s a trigger point?

So, I did exactly what you’re not supposed to do and I looked up my medical condition on the internet. Since I have outgrown my hypochondriac phase, I knew I would not be panicked by the mention of the word “fibromyalgia.” But after reading a bit about trigger points, I came across the person who discovered them: Dr. Janet Travell. And man, did she save all of us from a life of nauseating, gut-wrenching pain.

In short, Dr. Travell was a pioneer in musculoskeletal pain. But she had a unique career as a physician even before she made her discoveries. Born in 1901, her father was a physician, and both she and her sister followed in his footsteps. Dr. Travell earned her MD in 1926 and graduated with the highest academic standing in her class. When she started studying arterial diseases, that’s when she developed an interest in musculoskeletal pain. It was her idea to go right to the source of pain in order to stop it, and she was responsible for developing injections of procaine into isolated sites to stop muscle spasms. She also developed vapocoolant sprays that are still used in sports medicine today.

But her most famous patient would help her shatter the glass ceiling: A young Massachusetts senator was worried that the lingering effects from injuries sustained during World War II would end his political career, it was Dr. Travell who helped him overcome his pain and continue his path. That would be President John F. Kennedy, who first saw Dr. Travell in 1955 and continued to employ her to help him with his chronic back problems. She also discovered that one of the President’s legs was shorter than the other, so she got him special shoes. But it was Dr. Travell’s injections into Kennedy’s pained lumbar region that did the trick, and when he was elected to the highest office in the land in 1960, he made Travell his official personal physician. She was the first woman to become the Personal Physician to the President.

Once Kennedy and his family were occupying the White House, Dr. Travell recommended a rocking chair for the Oval Office to relieve the President’s back pain. Rocking chairs soon took the nation by storm. Her expertise on comfortable seating also got her consulting work at John Deere and Lockheed, developing better seats for tractors and planes.

Dr. Travell continued to serve as the President’s physician even after Kennedy’s assassination; she stuck around to help his successor, Lyndon Johnson until 1965.

After leaving the White House, Dr. Travell continued to give lectures, write articles, and teach until her death in 1997. Her research and curiosity, along with her seeming natural knack for treating patients, helped people suffering from weird, focused pain know that there was a physiological reason for their pain and it wasn’t just in their heads.

So, thank you, Dr. Travell! I’m not imagining this gnarly spot in my neck — because you discovered what the deal was. 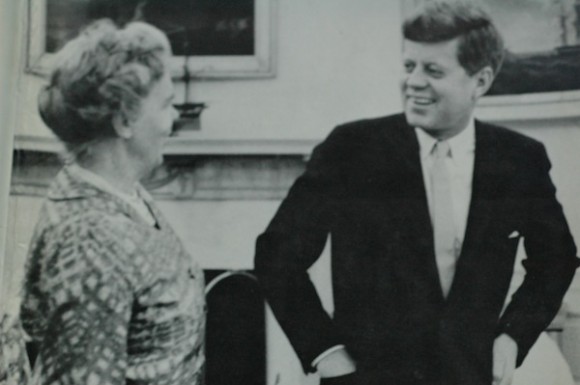