Interview: Rob Benedict on Whether God Is a Big Bad or Just an Angry Dad on Supernatural

A conversation ... with God. 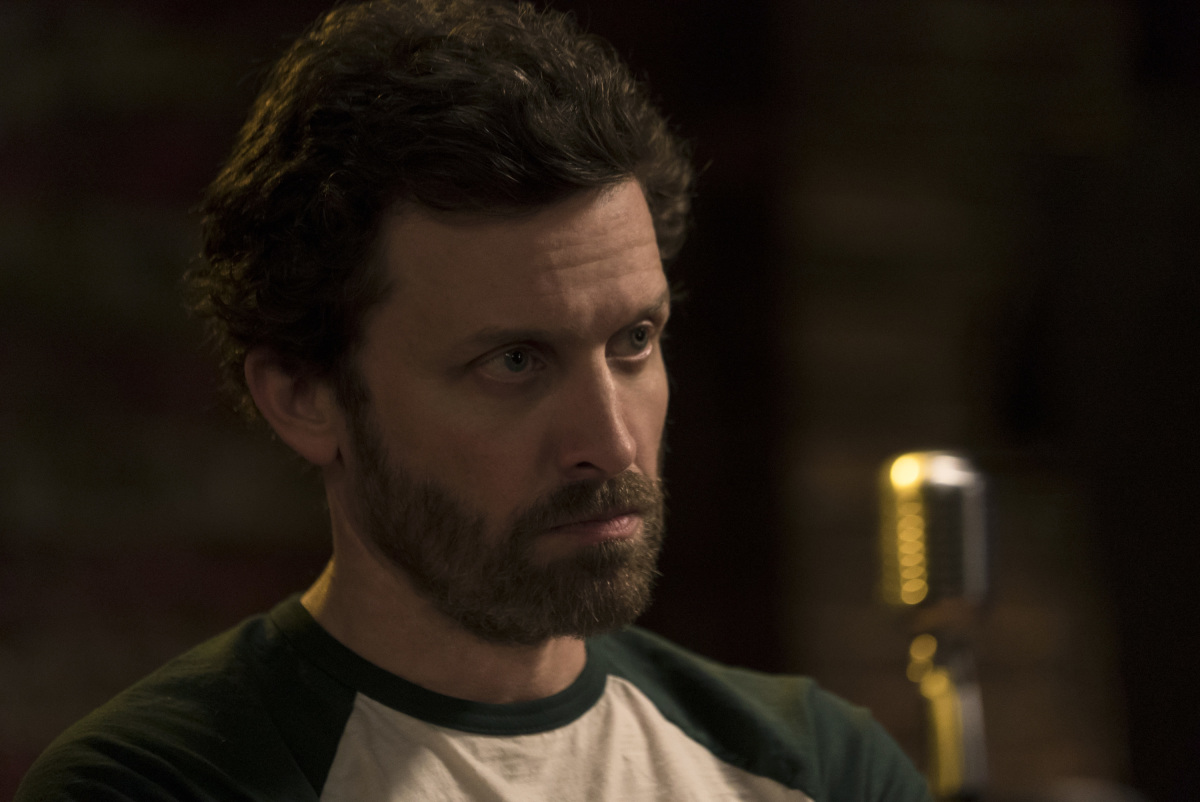 God has not been kind to the Winchester brothers. We mean that extremely literally, in this case. It was revealed in the season 14 finale of The CW’s Supernatural that the almighty—who likes to go by Chuck—had been essentially manipulating the Winchesters for his own amusement for their entire lives. The boys didn’t take too kindly to that and refused to play his games, resulting in God himself becoming the enemy for the final season.

Luckily, Rob Benedict, who plays Chuck, is not as wrathful as his onscreen counterpart and responded to our prayers by taking the time to talk with us about where Chuck has been and where he’s going this season.

The Mary Sue: So, before we get into season 15, let’s talk a bit about the past: In your first episode in season 4, Chuck says, “I’m definitely a god. A cruel, cruel, capricious god.” And in season 14, this is proven to be true. How did you feel about the reveal that you were the ultimate big bad?

Rob Benedict: Yeah, my first reaction when I read the last episode of fourteen was that I thought, ‘Oh man, people are going to hate me!’ But … then I was kind of excited just because, as an actor, it’s a fun thing to play, you know? And certainly, after doing so many conventions all these years, it’s really cool to be a part of the show … to be so relevant in the final season as we come to a close.

So I’m happy to be a part of it, even if I’m a cruel and capricious god. I think it’s kind of genius what the writers are doing … they’re ultimately saying that god, a.k.a. the writers of the show, the creators, are the ones that ultimately are going to, you know, make it go away. 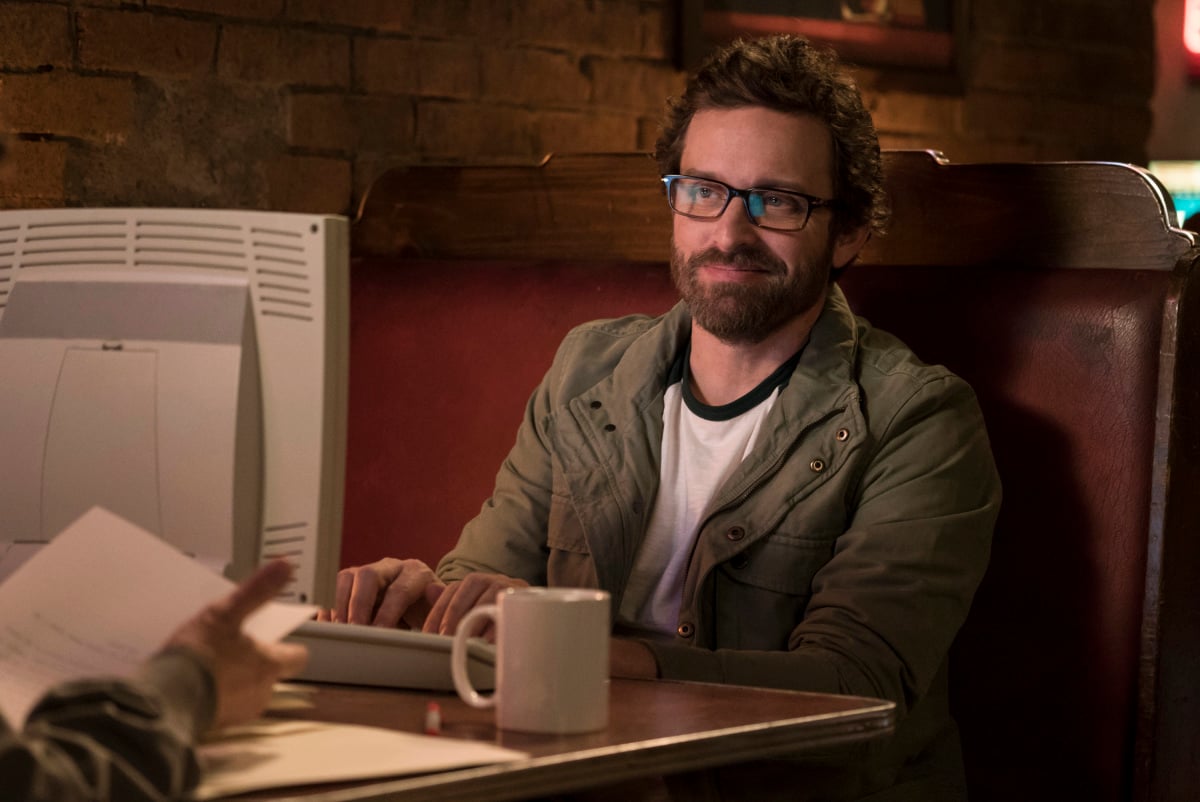 TMS: It’s always been about Sam and Dean versus fate, and God is the ultimate author of that fate.

Benedict: Exactly … It calls all that into question, and I think right now where we’re at we’re kind of gearing up for this final push, which is gonna reveal a lot … and it’s just gonna be epic. It doesn’t get more epic than Sam and Dean versus god.

TMS: There’s always been a bit of darkness and danger to Chuck as God—but did you have to adjust your performance at all to inhabit this more sinister place in the story?

Benedict: Yeah … In season eleven, when it was revealed that I was God, there were certainly moments in there, even with Metatron, you know, in “Don’t Call Me Shurley,” when we were talking—there were elements that were written in there that were like, “God gets kind of scary here.” There was always an element to Chuck as God that was like a strict father.

And so now I’m kind of taking that all the way to the tenth degree of Chuck as strict strict dad, that never kind of comes down from that. So yeah, it was a huge adjustment at first, but it’s been kind of a gradual change to this now. That’s what’s been cool about playing Chuck … Back in season four, I’m kind of a likable, lovable loser, and now, he’s … kind of all-powerful and angry.

But it’s been a slow process … Where I go to is just that idea of him as a strict father, because he doesn’t hate [Sam and Dean]. He actually has lots of love for them. He’s just very strict, and he’s a little bit pissed.

TMS: That leads me into my next question: How is Chuck feeling about things now? Obviously he doesn’t see himself as a villain. Is he just a frustrated creator?

Benedict: I think he loves all of his creations, but they are that to him. So, to him, he can manipulate and pull the strings a little and it’s not a big deal, whereas what happened at the end of season fourteen was Sam and Dean going, ‘These are our lives that you’re messing with,’ and he doesn’t always look at it like that. He doesn’t have a lot of like … bedside manner.

He loves them; he doesn’t see himself as a bad guy. He’s frustrated with this situation and with this specific creation, with this world that we’re dealing with … and I think that are other things going on with God. In this episode tomorrow, the midseason finale, we’re starting to find out that he is a little bit limited right now—that this wound that he has, that Sam also has, is limiting him in some way, and I think we’re going to find out more about that.

TMS: Can you talk more about how him and Sam have this connection? It’s very Voldemort and Harry Potter.

Benedict: Yes, exactly. That’s totally what it is. At this point, we know that there’s some sort of connection there—that they’re feeling the wound at the same time—and I think Chuck is a little bit stuck, and he’s limited by that wound … and then we’ll find out a bit more in this episode. It actually sets up for the beginning of the second half of the season. The next episode is really going to reveal a lot more and kind of starts off with a big bang. For this episode … we start to see a little bit more that … Sam is the one he has to deal with.

TMS: We know Adam is back, and Castiel is around, so will he be dealing with some very unhappy kids?

Benedict: Without saying too much, yeah, definitely, that relationship plays out a lot; the relationship that he has with those characters is relevant for sure—and so fun to have Jake Abel … he does an amazing job in this episode. He’s awesome—a lot of great stuff for him. 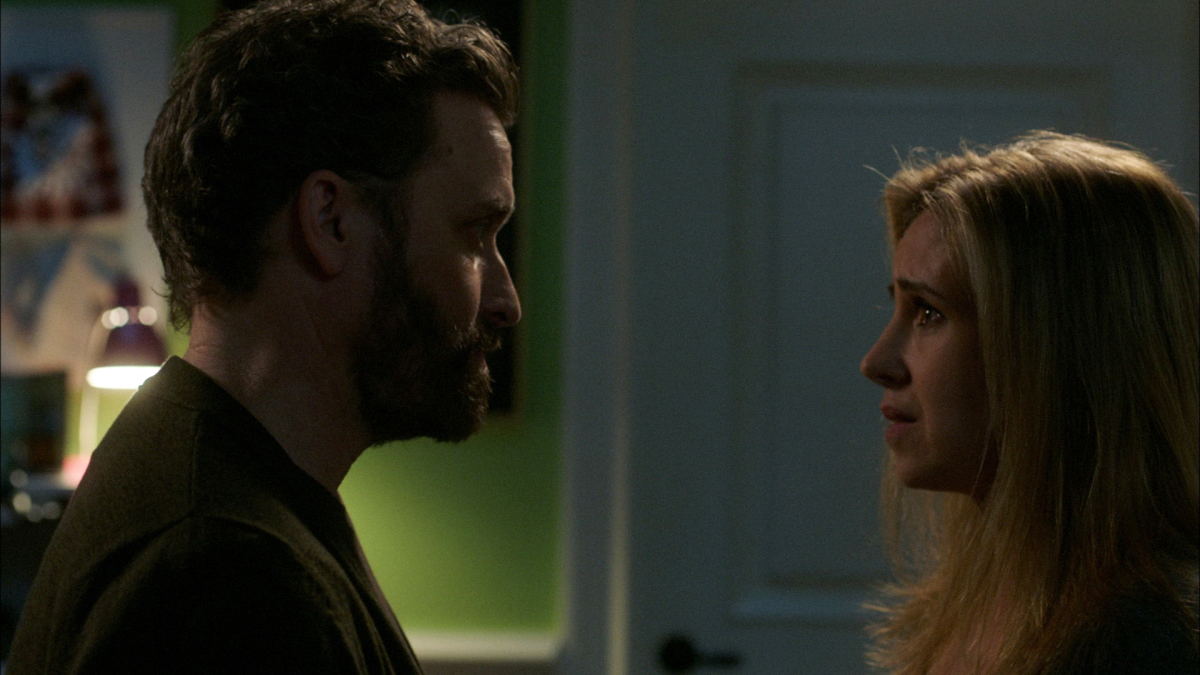 TMS: Earlier this season, you got to do some work with two of my favorite women from the past: Emily Perkins as Becky and Emily Swallow as Amara. What was it like revisiting those characters?

And of course always fun to work with Emily Swallow, who’s such a pro, and again, even though we’re not getting along onscreen, we have a ball. We really have a blast working together. That’s what’s been great about this last season: bringing back some of the favorites and seeing how it plays out this final season.

TMS: Emily Swallow plays the Armorer on The Mandalorian; did she give you any spoilers?

Benedict: No! And I was asking. She didn’t give me any spoilers, but she told me everything that she could. I’m obsessed with that show. I love it. I’m such a Star Wars geek … it just blows my mind that I know a couple of people in those series and in the movies. It’s just wild to me. I’m so proud of her.

TMS: We’ve heard music from Jensen Ackles’ band on the show recently. Jensen sang in the last episode, and we know you’ve sung on the show before. Will we hear any songs from your band, Louden Swain, on the soundtrack, or will you be singing at all?

Benedict: No plans that I know of having a Louden Swain song on the show, but I can say that Chuck will pick up the guitar again at some point.

The midseason finale of Supernatural airs Thursday, December 12 at 8:00 on The CW.