INTERVIEW: Jacob Batalon Takes on the Stanley Hotel and Talks to Us About the Importance of Ned Leeds 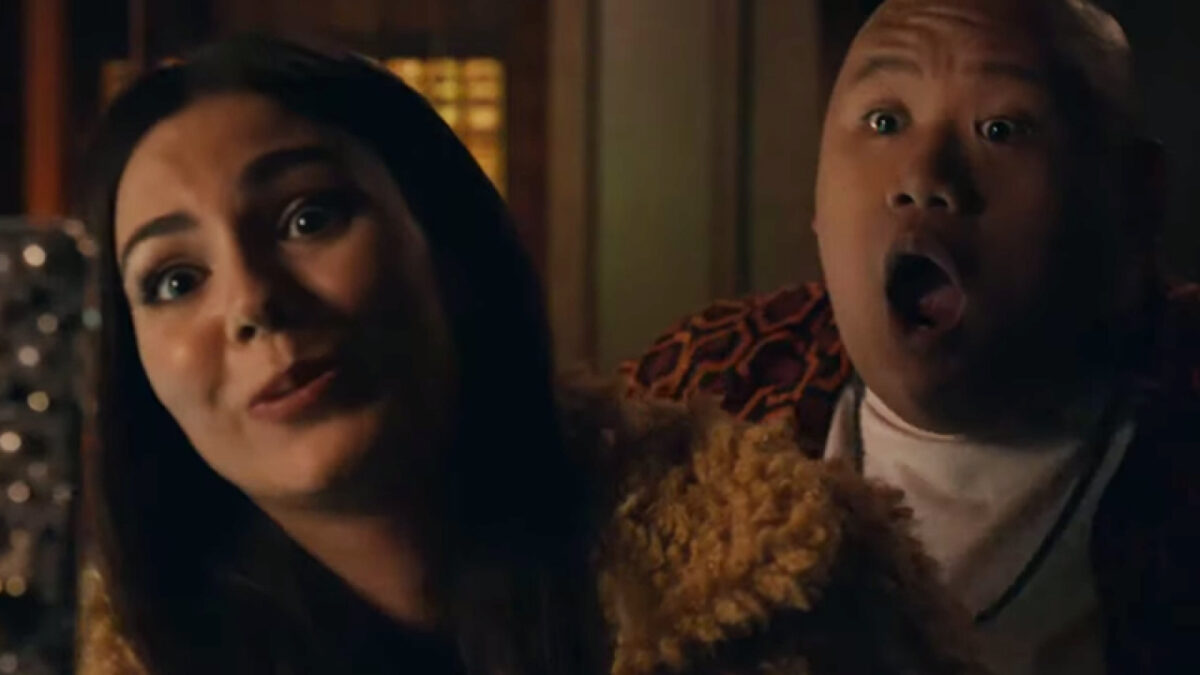 Jacob Batalon is one of the best young actors we have out there. You probably know him as the guy in the chair from Tom Holland’s Spider-Man movies, but Ned Leeds isn’t the only thing on Batalon’s mind. Talking about his three-episode arc on Quibi’s 50 States of Fright, we got to chat with the young actor about fandom, Spider-Man, and the Stanley Hotel!

JACOB BATALON: Hello Rachel! How are you doing?

JACOB BATALON: Definitely, I feel like there’s always an asterisk.

THE MARY SUE: Yeah it’s the little asterisk everyone sort of has. So, I have to admit, I’m a big fan of yours and a Spider-Man nerd but I also am a geek about The Shining so this was a really cool world to explore.

JACOB BATALON: Must have just been a fan explosion for you.

THE MARY SUE: Yeah, and so I want to know what brought you into this specific story and what did you know about this lore? Like were you guys at the actual Stanley Hotel or-

JACOB BATALON: No, we were actually in Vancouver. And the team was actually able to find a house that was very similar to the hotel. It was actually a very lovely home that about 10 to 15 minutes outside of Vancouver and it wasn’t as creepy as we made it seem.

THE MARY SUE: Oh that’s interesting so like…did you know about any of the hauntings that people think happen at that actual hotel?

JACOB BATALON: No! I only know about the ghosts and stuff always being there, hanging around. I never really dived into the folklore of it. I’m assuming it’s very scary.

THE MARY SUE: (laughs) Yeah and, I liked the nod- You had the carpet on your shirt.

JACOB BATALON: Yeah the shirt! That was definitely a big thing and I’m glad people caught that.

THE MARY SUE: And so what specifically about your character, because you are sort of millennials who are going there to film and document and mock it, but what about that character kind of drew you in?

JACOB BATALON: I think it was just the idea of teasing influencers today. And really just poking fun at the fact that anyone will do anything to be famous on the internet. And personally, I just love ghost hunting shows. We watch this one show called Ghost Adventures and it’s so funny. And sometimes they’ll catch real evidence and sometimes they just scare themselves and it’s hilarious. So that was something I really enjoyed.

THE MARY SUE: Well, I have to ask, have you watched the Buzzfeed ones?

JACOB BATALON: Oh, no I haven’t! I know those are really popular though.

THE MARY SUE: They’re so funny because the one guy is absolutely terrified of everything and he goes with his friend Shane who just like messes with the ghosts the entire time.

JACOB BATALON: That’s TERRIBLE. Why would you provoke ghosts like that? That’s awful! Oh my goodness.

THE MARY SUE: They do the Annabell doll in one of them and it’s one of the greatest things I’ve ever seen. But for you, as an actor, you do have a lot of younger fans so for something like this, do you hope your younger fans kind of see how you’re poking fun at these influencers or do you want them to kind of still wait to watch something like this?

THE MARY SUE: I do have to say, I think why I love your guys’ version of Spider-Man is because you’re helping to lead the charge in showing that these comic book stories we know and love can be created for a modern audience, especially in regards to diversity. Because getting to see you as Ned Leeds and Zendaya as MJ and so on, it’s wonderful to see. As an actor, is that something you want to champion in your work and other projects as well?

THE MARY SUE: That leads perfectly into my next question because what are some other stories that you want to tell with your career? Whether it be acting or writing or something like that?

JACOB BATALON: You know, it’s funny because, besides just immigration, I think other peoples stories are important in America and for a very long time, I think people of color never had a proper chance to tell their own stories and being from a family that’s not necessarily white and things of that nature, and really, again, just shedding light on other people’s cultures.

THE MARY SUE: Completely agree. And, so, I know we can’t talk about Spider-Man 3 so I wanted to know, as a young actor is that kind of daunting for you having this sort of legacy behind you and have all these people looking to you and your career and what you have to say?

JACOB BATALON: Yeah I think- personally, I feel like I don’t have that much of a response like I don’t have the same burden Tom does. You know? Being a superhero and really trying to carry that. But I think that yeah, there’s definitely pressure that I give myself really. To really represent my culture and other people of color who may have not been represented on TV and film before and I think that’s something that I will always have to deal with but that’s something that-that’s a struggle that I’ll always want. I will always want to champion people of color.

THE MARY SUE: I have to say you always have this, and it’s this way as well in this series, you’re always this kind of bubbly and happy ball of light-

THE MARY SUE: And I definitely think a lot of it is just you and that’s what draws so many people in and especially with something like the Quibi series, it is sort of dark but you’re still very happy in your own way and so, as an actor, do you want to bring that happiness?

JACOB BATALON: Yeah, you know, I just credit a lot of the writing that allows me to be that way on film and I try to be as positive and possible. But I definitely, I feel like I definitely have a proclivity towards dramatic things. I just enjoy doing the things that I’m given right now. I just hope that people aren’t shocked later on when they see me do emotionally draining things.

THE MARY SUE: I think that people will just be excited to see everything you do because you are an extremely talented performer and actor. And finally, with this Quibi series, what do you hope that audiences take away from it?

JACOB BATALON: I really just hope people find something enjoyable about it. Especially with a very tumultuous year like this year, we sort of just need everything we can to get a pick me up. And I’m really honored to have been a part of something so awesome. Especially on something like Quibi, it’s a very unique thing to have and to be a part of that was really awesome and I really just want to entertain people and I hope they glean to not believe everything on the internet and just enjoy it.

You can see Jacob Batalon starring in “Colorado” for 50 States of Fright on Quibi!