And five reasons to change that.

One of my favorite shows that I can’t get my friends to watch with me is Hulu’s Harlots. As someone who watches a lot of period dramas, Harlots is exceptional as both a great examination of the Georgian era and the women who lived within it, as both ladies and ladies of the evening.

The story deals with the conflict between two of the city’s brothels, which are run by Margaret Wells (Samantha Morton) and Lydia Quigley (Lesley Manville). Wells and her daughters, Lucy (Eloise Smyth) and Charlotte (Jessica Brown Findlay), are lower-class women attempting to work their way to some kind of stability, and Lydia Quigley is a high-class “bawd” and a much darker figure who casts a shadow over all their lives.

Here are five reasons to check out the female-led show that is less torture porn-y than Handmaid’s Tale, with similar social commentary. 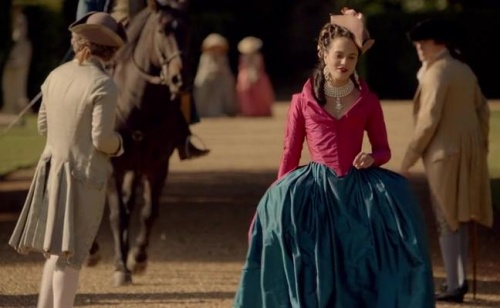 Before getting into the nitty-gritty, I must commend the show on being beautiful to look at. The wigs, dresses, and makeup all have the flair of Georgian society and also show the ridiculousness of hiding all that cruelty under a mountain of powder. The head of hair and makeup, Sue Wyburgh, and costume designer, Charlotte Mitchell, use the clothes and style to highlight the class divisions between the women of Wells’ brothel and Quigley’s, making each choice a thoughtful one for each character.

A lot of shows fumble when it comes to recreating the styles of a time period *looks at Starz and The CW*, but committing to it adds an extra bit of fun that can’t be understated. 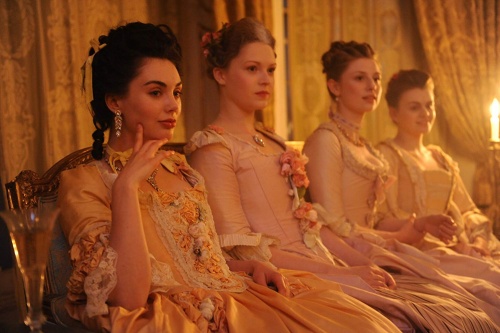 Sex work is a topic that a lot of people and narratives stumble on because people struggle to understand that sex work exists for multiple reasons. With the Wells women, the matriarch, Margaret, was brought into sex work at a young age. It was all she knew, and she passed it on to her daughters, since it was seen as the only way to survive. It is something Margaret comes to regret, because now Charlotte and Lucy only know that life.

While there are moments where we see that the women have found a way to survive and sometimes even thrive, the show doesn’t erase the fact that they are still very vulnerable, not only because of the illegality of the work they do, but because their mostly male clients have the power to throw them aside. The reality is that poor women didn’t have many options in that time, and for many, it was this or die. It’s easy to understand why they chose this. 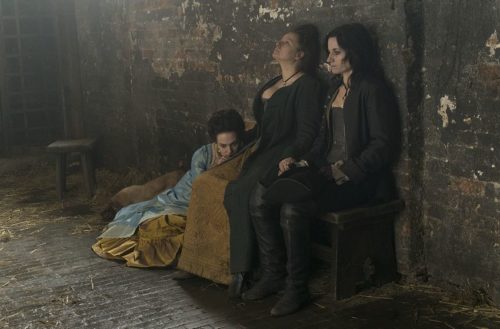 1763 London is kind of a shit place to be for most poor people, but for poor women, it’s even shittier. Sex work is illegal, so the threats facing the women are doubled. They are unable to report abuse that happens to them by the hands of their culls because they would face arrest themselves, which leads them to have to take justice into their own hands we possible.

In raids, the women are the ones who could face time in London prisons. Having a House to live in provides some security, but it also means being under the mercy of the House owner. Harlots is clear that those with power can get away with whatever they want, even murder, but for the powerless, there is no escape (a theme that’s always relevant). This was made especially clear in season two, when two women were threatened with being institutionalized, and it was highlighted that it was very easy for a male family member to do this despite having little evidence. 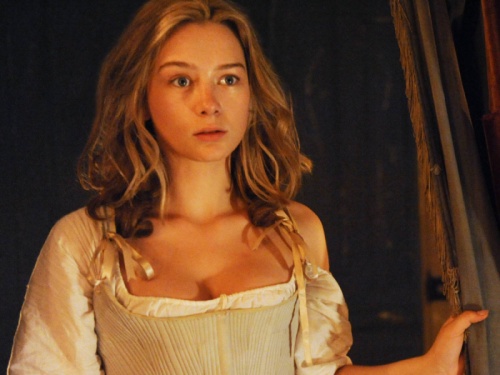 Due to the nature of the show, most of the characters in Harlots are women, and all of them are unique in how they embrace the work they do, how they attempt to survive in this world. No matter who you root for in the show, you can understand the motivations of most of them, even someone like Lydia Quigley, who has kidnapped young girls and even worse.

One of my favorites is Nancy Birch, a friend and neighbor of Margaret Wells who specializes in flagellation. She’s the perfect 18th-century dom. Nancy suffers from her own trauma from being one of Lydia Quigley’s girls and, throughout the show, does her best to help those girls no one else sees as worthy.

As mentioned before, there are lots of class issues in the series, especially in season two, that serve to show how higher-class women are willing to throw their lesser-class counterparts to the wolves to protect their own fragile positions in the world. It brings up interesting discussions about how, despite how patriarchy steps on all women, there are many who would rather press the heel deeper into other women for their own benefit, while still being squished. 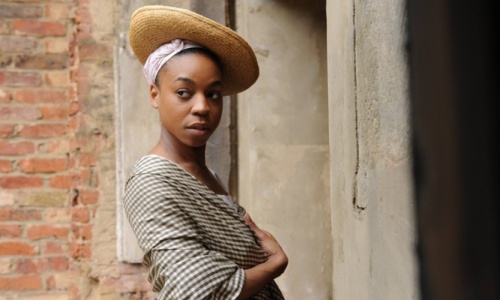 5. Doesn’t Ignore the Existence of POC/LGBTQ Men and Women:

Erasure is very common in period dramas, and while there has been work to correct this, it’s very rare to find ones that really do service to those characters of color and queer characters. Harlots does a really impressive job with its Black characters, of which there are several!

There’s Harriet Lennox, a former slave who comes to England with her husband before he dies. She is driven into sex work in order to provide for her children, but is one of the most dignified characters. There’s Violet Cross, a mixed-race Black woman who works for Nancy and is also in a relationship with another woman, Amelia Scanwell. Then, of course, there’s William North, played by the always working Danny Sapani, the common-law husband of Margaret, father figure to Lucy and Charlotte, and biological father to a son with Margaret Jacob. All these characters get storylines and have important bonds with the characters in the story.

Both Black and queer characters are treated normally, while still addressing their varied marginalization within 18th-century London society. It’s a balance a lot of shows could learn from.

So, if you’re looking for new shows to check out and like the idea of a raunchy, dark-ish period drama that’s inclusive and beautifully lit, check out Harlots. For Game of Thrones fans, Alfie Allen, who played Theon Greyjoy, will be playing a new character who’s a pimp, and Lord of the Rings’ Liv Tyler is returning as the closeted lesbian Lady Isabella Fitzwilliam, who has a thing for Charlotte.

Eat your heart out, Fanny Hill.