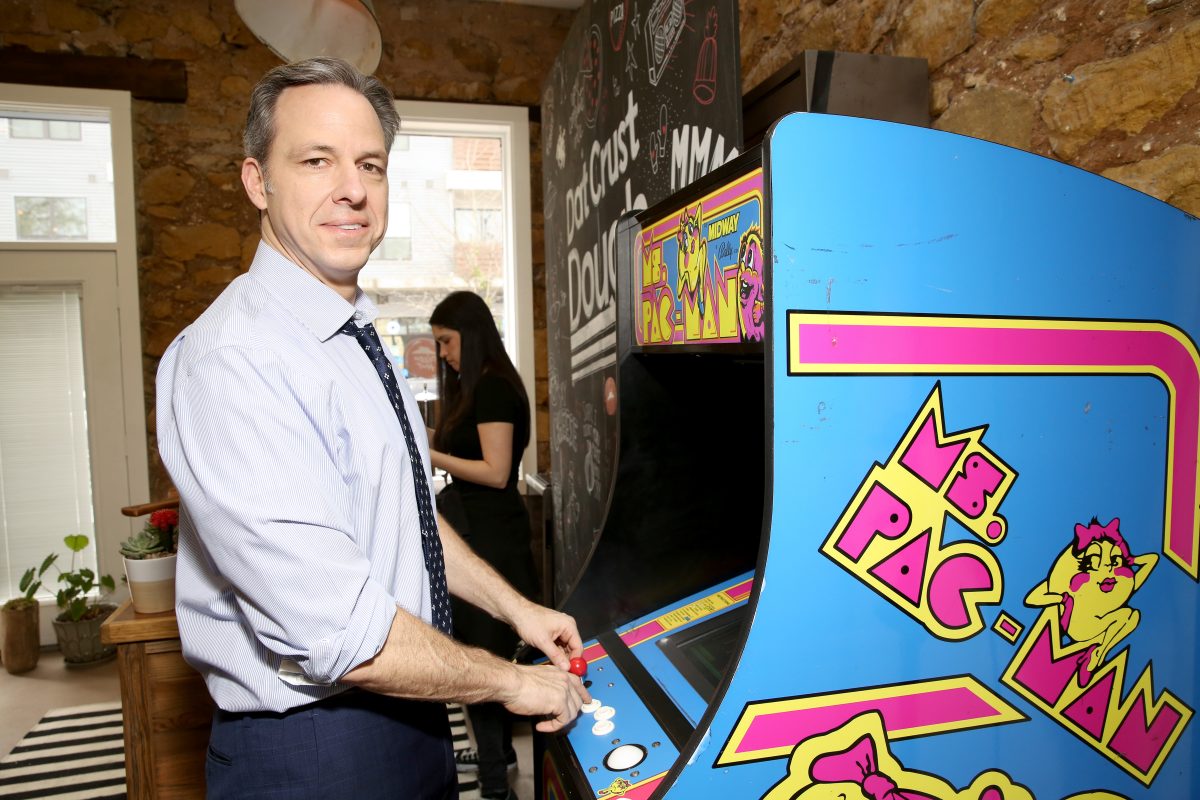 Growing up, it seemed to me that the boys were always getting called on first. Maybe it was because they were more confident, or maybe it was because of my teachers, but it took me a long time to learn to raise my hand with the gusto of Hermione Granger.

Hearing that Jake Tapper’s young daughter, Alice, is standing up for the girls in her class makes me feel proud and hopeful for the next generation of kids.

This beautiful story that Jake Tapper, a CNN anchor and Twitter denizen, shared about his 11 year-old daughter is an excellent example of what girls have to go through daily—and how it takes a peer to notice.

In 2016, my daughter Alice noticed girls weren’t raising their hands in class with the same confidence that boys were. She talked about it with her mom/my wife, her @girlscouts troop, the head of local Girl Scouts @GSCNC and came up with an idea for a RAISE YOUR HAND patch.

An 11 year-old saw the problem. Not the teachers or other adults, but rather Jake Tapper’s daughter. Alice had to point out that there was an active issue at, well, hand. She made it her goal to give girls the confidence to stand up for themselves and answer questions with the same kind of enthusiasm that the boys in her class did. This made me think back to what it was like being in school and being labeled as a “know it all.”

When I was Alice’s age, we pretty much ignored a problem that exists in some schools, where boys can dominate the classroom, to the detriment of contributions from female students. We were further taught that if a boy teases you, if he makes fun of you in front of his friends, it means he likes you, or to laugh it off and keep your head down. Growing up, I was under the impression that being called a “know it all” by the boys in class was a sign of affection. But it was impossible to ignore that it was said in a denigrating fashion.

What I didn’t understand then was why my teachers didn’t call on me either. Looking back, it could have been a number of reasons. Maybe they knew I understood what was going on and wanted to give other students a chance, or maybe they didn’t want me being the one to answer things because I was a girl, or maybe they favored the loudest kids who shot their hands up with utter confidence and didn’t mind that that often excluded girls and shyer students. Whatever the case was, it made me start to question myself. It made me put myself down and question my own intelligence and place it beneath that of the boys in my class, who were often talking but not labeled “know it alls.”

Alice is doing something incredible, giving her peers the confidence in their own intelligence they deserve. They’ll get to hold a tangible badge in their hands. But this effort also needs to be on the teachers. They can’t just have girls confidently raising their hands, they have to encourage them to do so, and acknowledge their smarts accordingly.

Kids can be mean, they can tease, but it hurts more when a teacher or someone with authority doesn’t help, or, even worse, is the cause of that self-doubt. I’m putting my confidence in the next generation to be better than my generation was. Alice has a running head start.