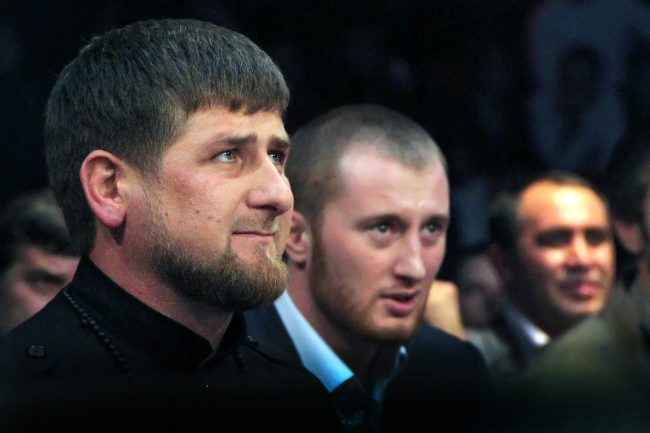 I can’t believe I’m typing these words, but there are widespread reports that a recent crackdown on gay men in Chechnya is even worse than we could imagine: the men are being detained and tortured in concentration-style camps.

In the year 2017, gay men—or anyone the authorities suspect might be gay—are suffering a brutal campaign against their lifestyles in Chechnya. Chechnya is part of Russia—a “federal republic”—but remains somewhat autonomous. Its so-called leaders may be the key as to why these horrific crimes are happening (allegedly).

A spokesman for Chechnya’s leader Ramzan Kadyrov denied the allegations, claiming that gay people don’t exist in the region.

Alvi Karimov told Interfax news agency: “You cannot detain and persecute people who simply do not exist in the republic.

“If there were such people in Chechnya, the law-enforcement organs wouldn’t need to have anything to do with them because their relatives would send them somewhere from which there is no returning.”

I’ll give you a moment to stop throwing up and for the red haze to clear, because we’re not even done yet. A Chechen “human rights official,” Kheda Saratova (remember his name when he’s on trial for crimes against humanity), told a radio station, “In our Chechen society, any person who respects our traditions and culture will hunt down this kind of person without any help from authorities, and do everything to make sure that this kind of person does not exist in our society.”

Yes, you’re reading these words correctly on your screen. Not only do “these people” not exist in Chechnya, but if—if—they did, their relatives would send them somewhere from which there is no return/and or hunt them down and make sure they no longer exist. The officials’ method of denying that the targeted violence is happening is to suggest that their citizens would have already taken care of LGBTQIA people on their own.

This is all with explicit permission—nay, directive—from the leaders of the Russian federal republic. I can’t remember the last time I was so shocked and disgusted and absolutely terrified for humanity. The Daily Mail classifies the camps as the world’s first concentration camps for homosexuals since Hitler’s. 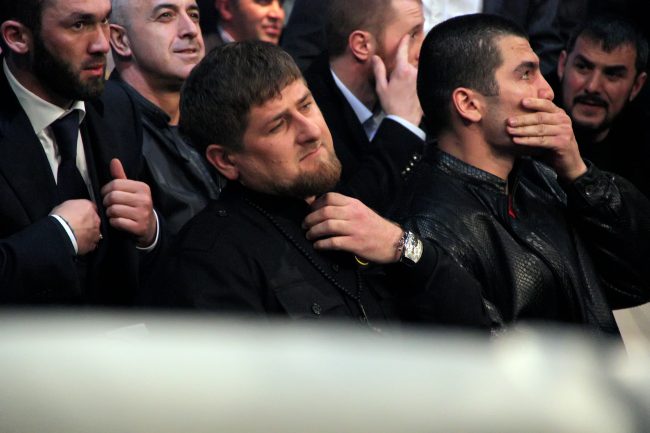 This is Head of the Chechen Republic Ramzan Kadyrov. Remember his face. (image: Shutterstock)

Russia has an awful track record on LGBTQIA issues but hasn’t gone to the extremes alleged about Chechnya. More than 100 Chechen men have been rounded up recently, and several are reported dead in the raids. Detainees at the camp face beatings and electroshock treatment. Per Pink News,

One man who was released from the camp told the newspaper that he was subjected to violent “interrogations” at the camp, as Chechen officials attempted to get him to confess the names and locations of more gay men.

The officials also seized his mobile phone, targeting his network of contacts regardless of whether they were gay or not.

Tanya Lokshina of Human Rights Watch wrote, “Some of the men have forcibly disappeared. Others were returned to their families barely alive from beatings. At least three men apparently have died since this brutal campaign began.”

Not only is this absolutely horrific from a human rights perspective, but the sweeping authority to round up anyone “suspect” appears to give Chechen leaders carte blanche to attack and detain whoever the hell they want. I don’t know what I personally can do except to help get the word out about what’s reported to be happening—because we all need to know about this, and we need to be very, very angry. Never again means never, ever again.