What’s Your Favorite Female Friendship on this Galentine’s Day? 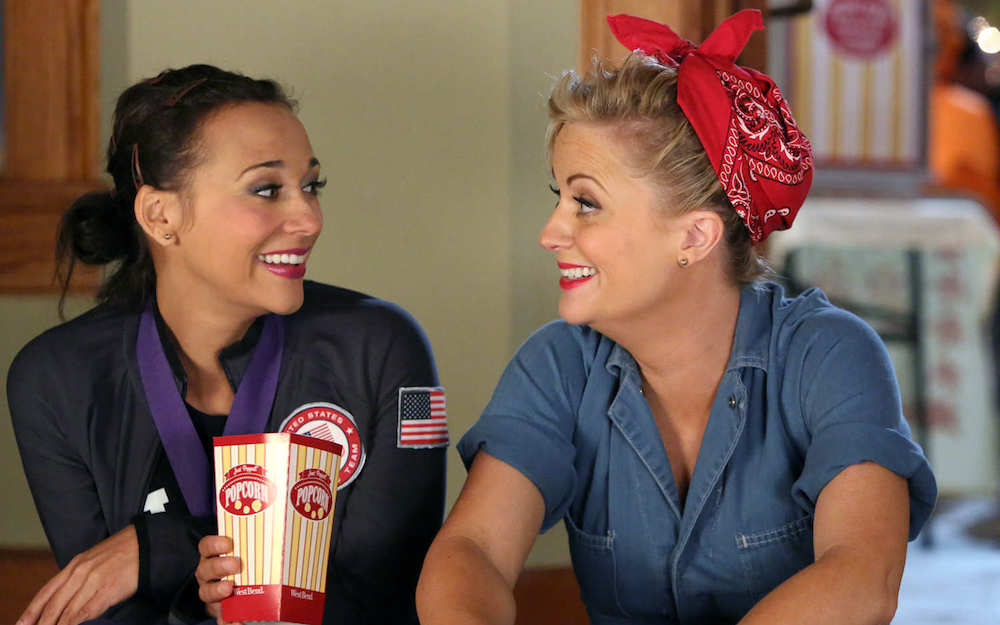 Tomorrow is Valentine’s Day, which means that there’s chocolate and flowers and way too much mushy declaring of love going around. But today, it’s Galentine’s Day, and that’s the more important holiday. Today is a day for celebrating female friendships in all forms and across all mediums, because who doesn’t love a good female friendship? It’s sorely lacking in fiction—remember how hard it is for a lot of films to pass the Bechdel test?—so here are a few TMS staffer picks for favorite female duos.

Associate Editor Rachel Leishman went for the classic duo of Ann and Leslie for her favorite female friendship, and I’m inclined to agree. For all the cuteness of Ben/Leslie, the really powerful love story on Parks and Recreation was Ann and Leslie’s close friendship. From Ann thinking that “that Parks lady” was kind of goofy but meant well to their bittersweet final episode before Ann moved back to Michigan, the greatest constants in Pawnee were Leslie’s love of work, waffles, and Ann.

TMS Weekend Editor Chelsea Steiner also has a favorite female duo from a comedy. “My pick for gal pals is the indomitable duo of Romy and Michele from Romy and Michele’s High School Reunion. Not only is the film an underrated cult comedy classic, but it’s the heartwarming story of two women who hated high school but made the best of it. Plus, there’s choreographed dancing, Janeane Garofalo, and plenty of 80s music. In this film, both Romy and Michele are the Mary, and no one is the Rhoda.”

Politics Editor Vivian Kane said, “Playing House is a hilarious show about two lifelong best friends, played by Jessica St. Clair and Lennon Parham. When a very pregnant Maggie (Parham) decides to divorce her husband, Emma (St. Clair) moves back to their hometown to live with her and help her BFF raise her child. This show was born out of a deep real-life friendship between the two actresses and it shows. They have described their writing process and it basically just consists of improvising and writing the script afterwards based off of their natural banter. They never seem like they’re not having fun and supporting each other, and their love of one another comes through in every moment of this show. ”

As someone who grew up with I Love Lucy re-runs, my pick for favorite female friendship for today is Lucy and Ethel. Lucy, the best screwball heroine out there, is doing her best to, well, be Lucy, and Ethel is there every step of the way. They fight sometimes, but they always wind up as friends in the end. As they sing during one special episode, “while other friendships will be forgot / our’s will still be hot!”