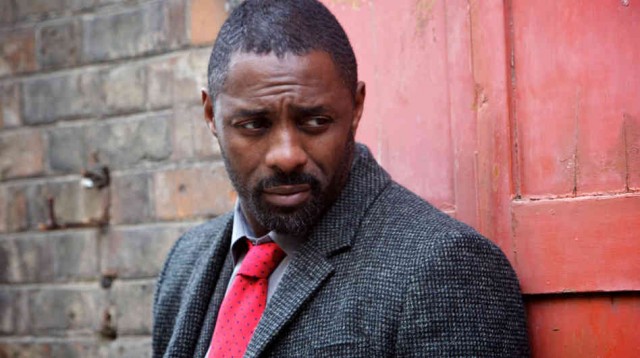 The network, which is currently in the midst of a American adaptation of the ITV series Broadchurch (Gracepoint on Fox) has decided they’re going to double down by bringing Luther to the Fox.

The psychological crime drama was created by Neil Cross and starred Idris Elba as Detective Chief Inspector John Luther. One of the most compelling characters on television, along with his costar Ruth Wilson (Alice), if you ask me.

In 2013, news was there’d be a Luther movie instead of a fourth season. More recently, Elba had suggested they were likely to do a one-off television special instead, something he reaffirmed to the Radio Times just the other day:

I think we’re gonna probably do one more incarnation on TV. But not a season – a one-off… There’s a story idea but no script yet. But we’re gunning to do it at the end of this year. There’s a lot of pressure from everyone to make it, so we’re gonna do it.

But that won’t stop the Fox machine. Deadline reports:

Fox has given a rich put pilot commitment with a seven-figure penalty to the adaptation, which will be written/executive produced by the original series’ creator Neil Cross. The British series’ star, Idris Elba, is on board as executive producer.

Fox’s Gracepoint also had original Broadchurch creator Chris Chibnall as well as actor David Tennant in the same role yet, having watched both, I can’t understand why they even bothered. Only recently, about seven episodes in, has the series bothered to deviate from the original. Meanwhile, Broadchurch is ready for Season 2 with Tennant back at the helm. The waters are murky, my friends.

Frankly it’s just weird watching Tennant play the same exactly role so I really hope they don’t convince Elba to do the same. I just… don’t see the point in another Luther. How about you?