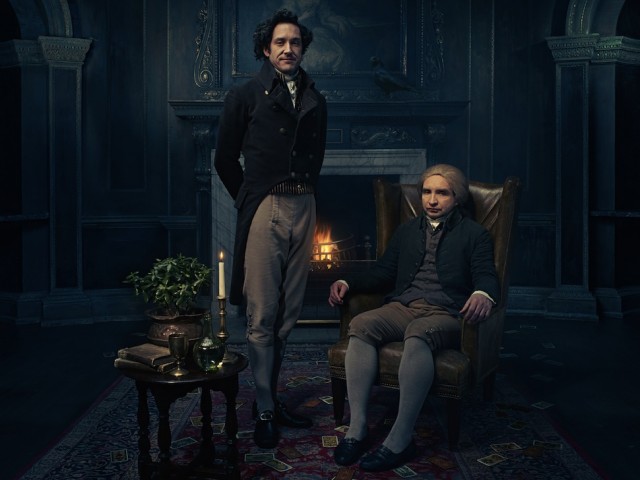 BBC AMERICA’s new original drama series, Jonathan Strange & Mr Norrell, is based on The New York Times bestselling novel by Susanna Clarke and adapted by Peter Harness (Wallander, Is Anybody There?).

Set at the beginning of the 19th-century, England no longer believes in practical magic. The reclusive Mr Norrell (Marsan) of Hurtfew Abbey stuns the city of York when he causes the statues of York Cathedral to speak and move. With a little persuasion and help from his man of business Childermass (Enzo Cilenti), he goes to London to help the government in the war against Napoleon. It is there Norrell summons a fairy (Warren) to bring Lady Pole (Englert) back from the dead, opening a whole can of worms…

The series is produced by Cuba Pictures for BBC One and co-produced with BBC AMERICA, in association with Feel Films, Far Moor, Screen Yorkshire and Bell Media’s SPACE. It is distributed by Endemol Worldwide Distribution.

Jonathan Strange & Mr Norrell will premiere on BBC AMERICA in 2015.

Are you a fan of the book? If you haven’t read it, does this premise intrigue you?