Did you think I wouldn’t use a Xena picture for this post? Did you really?

Last month archaeologists working in Tuscany uncovered a tomb holding two 2,600-year-old bodies assumed to be a warrior prince and his wife. The reason they thought they knew the gender of the two piles o’ bones is that one of them was laid to rest near a lance and the other near some pieces of jewelry. 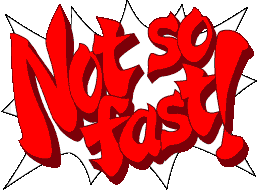 Bone analysis [pause for a giggle break from my inner 12-year-old] has revealed that the “prince” with the lance was actually a 35- to 40-year old woman, and the “wife” who took her worldly bling into the afterlife was a man. Husband? Boy-toy? The world may never know.

Alessandro Mandolesi, who led the expedition, said the spear was placed between the two bodies as a “symbol of union,” so maybe the woman wasn’t a warrior at all. A dissenting opinion comes from Judith Weingarten of the British School at Athens, who notes that the spear was buried with the woman, not between the woman and the man.

As generally fun as this story is (yes, stories about ancient archaeology and gender mix-ups are fun, OK?), it actually highlights a serious problem in the realm of archaeology: Namely, that researchers take their gender biases into the field with them. Archaeologists saw one skeleton with a lance and another with jewelry and assumed that the former was a man and the latter a woman. But that doesn’t take into account the diversity of ancient civilizations. The warrior princess and her tomb-mate, for example, hailed from the Etruscan culture, where, according to LiveScience, women did all sorts of things that were frowned upon in, say, ancient Greece and Rome. They worked out. They had kids by multiple fathers. They partook of the booze and the nude sunbathing.

“Until very recently, and sadly still in some countries, sex determination is based on grave goods. And that, in turn, is based almost entirely on our preconceptions. A clear illustration is jewelry: We associate jewelry with women, but that is nonsense in much of the ancient world. Guys liked bling, too.”

BRB, going to my library’s website to look up books on the Etruscans.