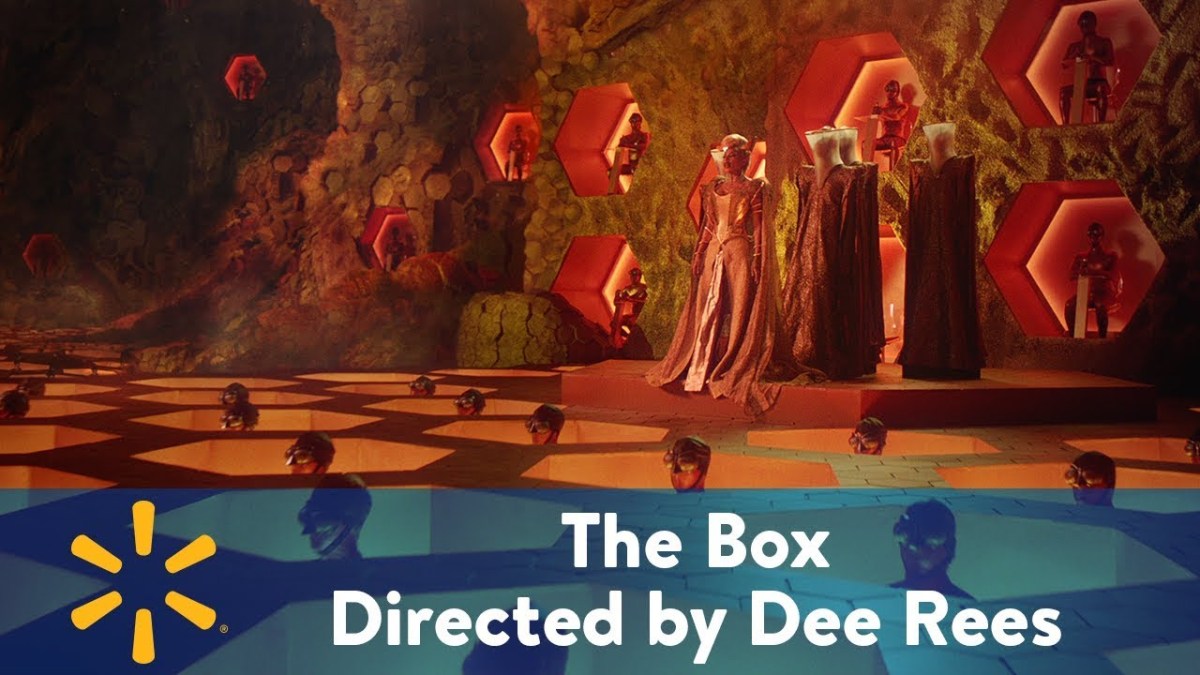 During last night’s Oscars, Walmart aired three commercials, each one essentially a short film directed by a different big name: Melissa McCarthy, Nancy Meyers, and Dee Rees. All three are titled “The Box” and are inspired by a Walmart delivery box.

Nancy Meyers’ centers on Hans Zimmer as he struggles through a creative block, highlighting the power of collaboration.

Melissa McCarthy (who had previously only directed a handful of Mike and Molly episodes) used the Walmart box as a sort of time traveling, self-confidence boosting portal. Her film gives us Keala Settle (The Greatest Showman) belting out some Sia and it’s beautiful.

But it’s Dee Rees’ film/ad that I’ve been watching on a loop. She reunited with much of her Mudbound team, including cinematographer Rachel Morrison and star Mary J. Blige to give us a fantastical sci-fi adventure. It stars a young girl who imagines her Walmart delivery box to be a spaceship, of which she is the fearless, alien-fighting captain (played by two-time Olympic gold medalist in wrestling Claressa Shields) as well as the alien and the Evil Commander enemy.

The whole ad is giving us major Spaceman Spiff vibes.

In 60 seconds, Dee Rees managed to give us a whimsical sci-fi adventure with a young black girl at its center, and queer representation to boot in the form of (what are presumably) the girl’s queer parents. Not only did Mudbound not get the respect it deserved at the Oscars, but Rees slipped into the commercial break to give us yet another piece of art that far surpasses much of what was being honored at the ceremony itself.

This Dee Rees short has me in happy tears! Little black girls having sci-fi dreams is EVERYTHING

Dee Rees used a Walmart commercial to represent a loving black lesbian couple and their imaginative daughter and also show she can also direct the hell out of sci-fi pic.twitter.com/o99Z2UlpLL