Dean Cain Continues to be a Jerk; Tries and Fails to Out the Ukraine Whistleblower 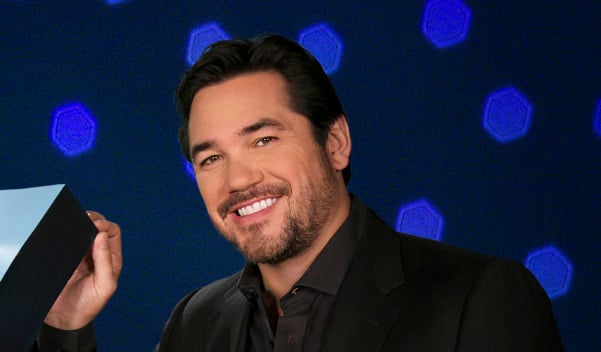 There’s only a few things worse than waking up to see that “Dean Cain” is trending on twitter for misidentifying a former Obama staffer as the Ukraine whistle blower. One of those things is definitely being the poor guy that Cain sent a mob of internet idiots after. On Wednesday, the former Lois and Clark actor tweeted out a photo attempting to out the Ukraine Whistleblower and reminded us exactly why he’s the worst Superman.

The picture Cain tweeted was a of a group of Obama white house staffers from 2017, with one face circled and read: “Here’s a picture of the whistleblower, see the NERD in the picture,” and “meet the alleged Ukraine whistleblower.” The tweet has since been deleted, but not before the man in the picture, R. David Edelman was mobbed online and received multiple death threats.

Edelman is not the whistleblower. (We don’t know who it is because that’s the entire point!!). He can’t be because he left the white house when Obama did and now works at MIT. He is, however, a human being who didn’t like being very publicly put in the cross hairs of an herd of deplorables frothing at the mouth to defend their racist, corrupt president. “There were people threatening real physical harm, alluding to the fact that I will not live very long,” Edelman told the Daily Beast. “That was obviously upsetting for my family.”

Cain wasn’t the only Trump-fluencer on social media to accuse Edelman. Hercules actor Kevin Sorbo, not to be outdone by a different washed-out nineties muscleman, also got in on the fun; and while Cain has since deleted his tweet wrongly pointing the finger at Edelman, Sorbo has not. Sidenote: please spare yourself the pain and avoid Sorbo’s racist, conspiracy theory-soaked twitter timeline if you want to maintain any sort of faith in humanity.

But back to Cain and Edelman. Cain didn’t start the conspiracy theory that Edelman is the whistleblower, but he picked it up and shared it on social media and according to Edelman “Dean Cain’s circulation of it was one of the distribution tipping points.” Things for Edelman were, let’s say, not great and Edelman valiantly tried to stem the tide of fake news and correct the record. Sadly. some corners of the the internet don’t care much about silly things like truth and facts.

FAKE NEWS: the ‘NERD’ circled below is the whistleblower.

TRUE (just not news): the ‘NERD’ circled below is…this nerd. Me.

Faced with the truth and serious backlash, Cain deleted the tweet…but continued to be an absolute jerk on social media ob the topic, proving he’s much more piece of shit than man of steel. He continues to engage with his critics on twitter and tweet about “self-righteous virtue signaling” in regards to his critics. Instead of realizing that he should be responsible with his social media influence, this guy continues to bully, target and abuse folks online and it’s just gross and sad.

I know I shouldn’t expect self-awareness, empathy or critical thinking from someone who follows right wing conspiracy theory websites, but the least Cain could do is shut up stop digging a hole..but then again, this is probably the most attention he’s had in years and I’m sure he’s enjoying it. But hopefully it’s the last attention he’ll receive as we all agree that he’s not worth thinking about after today.