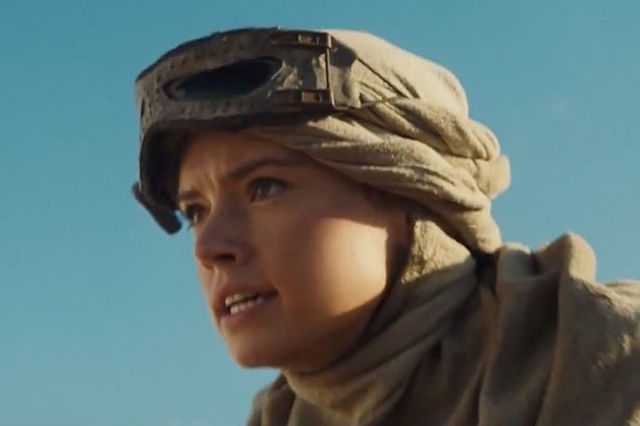 Remember when we shared the news about how Daisy Ridley was being eyed to play Lara Croft in a brand new Tomb Raider movie? Well, Ridley herself has confirmed that just like Andre 3000 in “Ms. Jackson,” those talks are for real. According to The Hollywood Reporter, Ridley acknowledged that the talks are ongoing, and that she’s basically “waiting for someone to say ‘I want you, let’s do it’.”

As well, Ridley noted that the movie isn’t quite all there, in a very literal sense: there isn’t a script or anything just yet. But she’s optimistic about being able to take on the role if offered, saying she’s got time on her schedule even though she’s currently filming Episode VIII. Of course, as she said, there isn’t a script, so the movie’s got a bit of time to gestate before they can even think about nailing down a shooting schedule.

Another adorable edge to this story is the fact that John Boyega wholeheartedly (even excitedly) encouraged Ridley to take on the role of Lara Croft. Speaking at the Empire Awards, Boyega said that he had played Tomb Raider and thought Ridley would be perfect for the role. He even mentioned that he texted her straight away, saying, “I texted Daisy [and] was like, ‘this is you!’ and ‘you need to get on that because you could be Lara Croft.’ She should be.”

Something about these two texting each other playing video games and thinking about roles for each other just tickles me and makes me feel happy. Seriously, how adorable is that? Sigh.