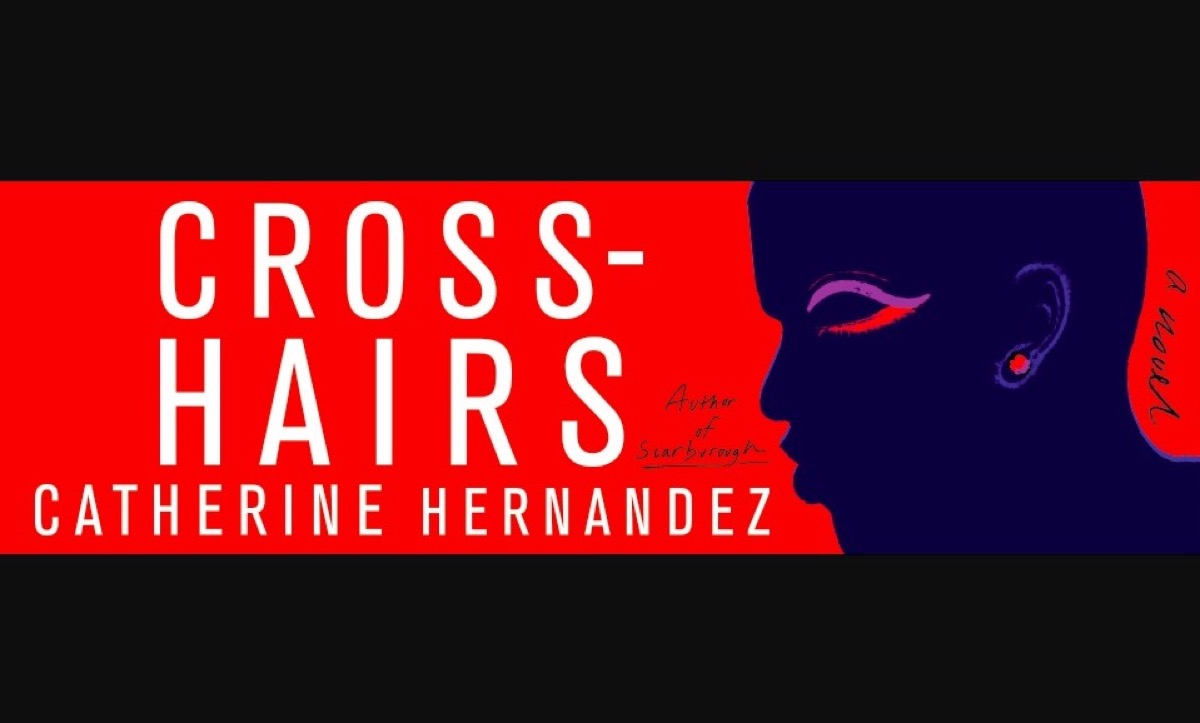 Catherine Hernandez delivers an absolute gut punch with her newest novel, Crosshairs. In a disturbingly plausible future, Toronto is transformed into a dystopian apocalypse after a catastrophic flood destroys Canada’s infrastructure, further ripping open the disparity between the privileged and the marginalized.

From this chaos comes a movement, The Renovation, which seeks to protect the privileged “True Canadians” from the “Others”: the disabled, LGBTQ+, Black, and people of color—through violence, killings, and imprisonment in inhumane labor camps. The government-sanctioned regime, the “Boots,” uphold and perpetuate this violence, maintaining a presence in the novel that evokes dread, disgust, and deep unease at the parallels that currently exist in our country’s own police force.

It’s an unflinching exploration of what can happen if the bigotries that are festering in our society mutate into something beyond saving. 2020 has brought itself a host of tragedies and injustices, one of the most blatant being the police brutality and systemic racism inherent in the justice system. But further deepening the divides has been a tumultuous 4-year presidency, which has left many marginalized communities (and myself included) feeling unsafe, discarded, and continuously mistreated.

Though this novel takes place in Toronto, Hernandez confronts many of these deeply felt fears and issues through the plot—which focuses on the resistance movement that builds up against the Boots—and through the prose itself, which is stark, powerful, and forces you to examine the discomfort that emerges with each word.

Oppression is embedded throughout the entire soul of this story, and it demands you to not only confront it head on as a reader, but engage with it, examine the ways it manifests both subtly and blatantly, through not only the story, but in our waking lives. But in spite of this, one of the most powerful things about Crosshairs is the humanity that bleeds through the darkness, and the deeply moving study of each character.

Kay, the titular protagonist, is a queer, femme, Jamaican-Filipino drag performer who is first introduced to us through the words he narrates to his lost lover, Evan. Kay lost everything during the first wave of state-sanctioned violence perpetuated by the Boots, but finds his autonomy again through the resistance movement he joins with Bahadur, a transmasculine refugee, and other Black, Brown, and queer resistance fighters. There’s a deep sense of love felt within and between the cast of characters, and it is through their immovable resilience that Hernandez is able to reveal a vulnerability that truly empowers, rather than victimizes.

The only criticism I would give is that, at times, the message comes across as a bit heavy-handed and clunky, reducing some of the characters to simply their identities instead of fully exploring the ways in which their identities shape their unique lived experience. But despite that, the novel still resonates deeply and uncovers a new lesson with each read-through, which I personally feel is so important if one wishes to take on the task of unlearning unconscious bias and being educated on diverse perspectives.