Revel In the Awesomeness of From Coraline to Kubo: A Magical LAIKA Experience 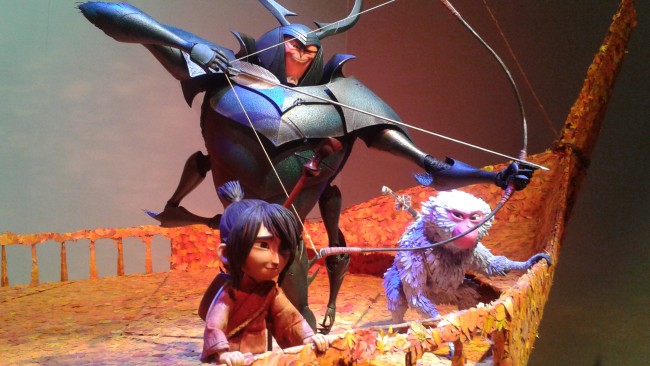 If you’re an animation fan, chances are you’re in love with the work of a company called Laika, the stop-motion powerhouse behind Coraline, ParaNorman, The Boxtrolls, and the upcoming Kubo and the Two Strings. If you’d like to fan that flame you’ve got going for Laika’s work, as well as get a sneak peek at Kubo, you should check out the awesome exhibit at Universal Studios Hollywood right now, From Coraline to Kubo: A Magical LAIKA Experience.

The exhibit, which celebrates Laika’s 10th anniversary year, is at the Globe Theater at Universal for an extremely limited time — ’til August 14th with Kubo opening August 19th — but is well worth checking out to get an up-close look at just how much goes into making Laika’s beautiful films. At a time when most animation is done with CG, Laika insists on perfecting its stop-motion techniques, always working to take them to the next level while being unafraid to tell children challenging stories that sometimes put their child protagonists in danger, but also allows them to be heroes.

While touring some of the sets used in the making of these films (as well as the puppets and the thousands of interchangeable, hand-painted faces required to express emotion over the course of an entire film) you can see the care and detail that goes into every single frame of film. From Coraline to Kubo is a wonderful retrospective and introduction to the work and ethos of Laika and their films.

My only tiny complaint, would be the layout of the exhibit and the size of the venue. These are the kinds of exhibits where you’re going to want to linger and check out some detail, but it’s difficult to do when each film’s exhibit is right on top of the next one with not much room for a crowd. Here’s hoping that one day, Laika gets a permanent exhibit in a larger venue somewhere so that people can visit year round in a location specifically designed for art exhibits like this. (Hey, MoMA! Do you have a floor going spare?)

For those of you who can’t get to Universal Studios Hollywood in time, check out the gallery below for some photos from the exhibit! And I’d highly recommend checking out Kubo and the Two Strings on August 19th. It’s a gorgeous film — not to mention Laika’s best yet!