Marvel Should Stop Cops From Using the Punisher Symbol 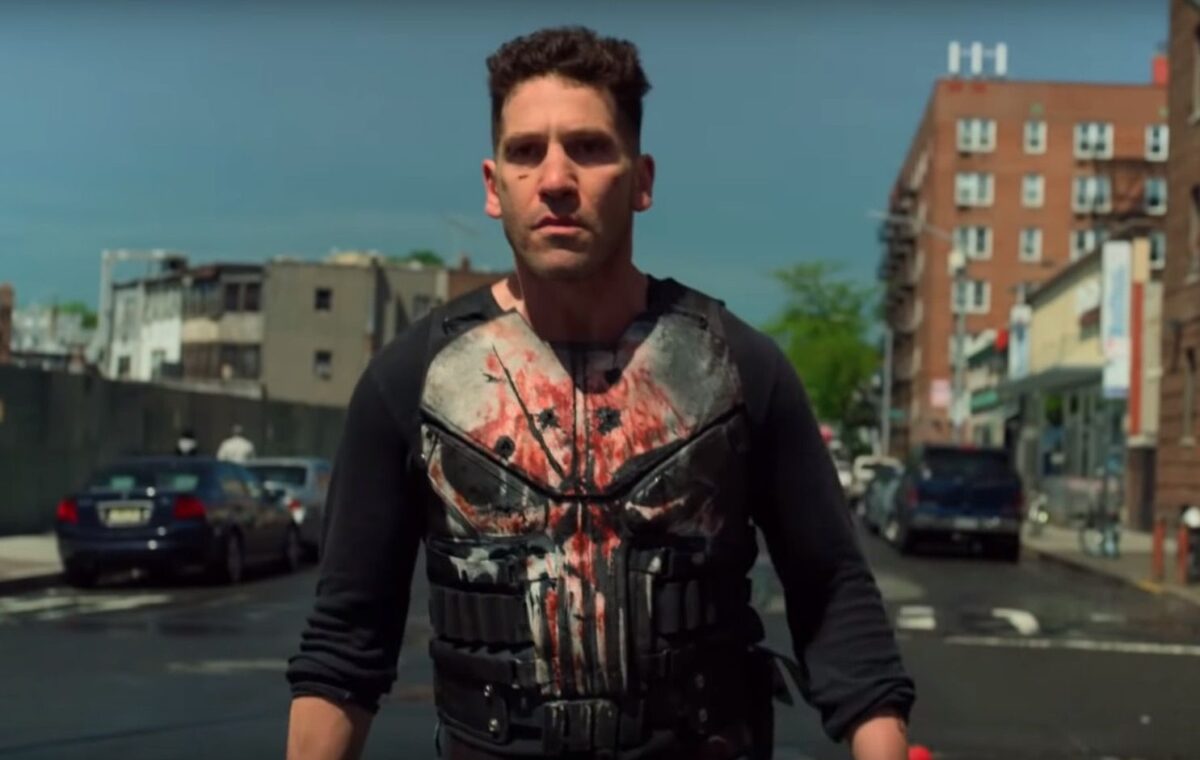 Disney is a complicated company for many of us because we grew up idolizing the Mouse and now, as adults, we can see the problems of big corporations. One of the problems, currently, is cops using the Punisher symbol and Disney doing nothing about it despite their usual overzealous pursuit of any possible copyright claim.

An article about the issue on CBR made the case that there’s nothing really that Disney/Marvel can do about police adopting the symbol of Frank Castle. Not only is it ironic because Frank Castle would be furiously taking out the police trying to hurt protestors right now, but it’s also pretty hard to believe Disney’s inaction is from anything other than a lack of will.

I remember when Disney was featured on Saturday Night Live, and then suddenly, that sketch was very hard to find online, and that’s just the tip of the iceberg. From stopping families from using Spider-Man to mark the graves of their children to taking on virtually anyone who wants to use an iconic Disney character in something, the Mouse doesn’t have a problem taking on the little guy for the content they own.

The Punisher already has an entire comic calling out police for using a symbol that doesn’t belong to them. The Punisher #13, by Matthew Rosenberg, Szymon Kudranski, Antonio Fabela, and Cory Petit, has an entire scene where cops meet Frank Castle and get excited before Frank tears down their use of his symbol and rips it to pieces.

Sure, anyone can wear a shirt that has the Punisher logo on it. That’s not the problem. These cops are putting the symbol on their riot gear, either in the form of a patch or by having someone draw it for them, while working in their official government capacity. That’s extremely different than buying merchandise and wearing it on your own.

CBR’s only solution? Have Disney completely cease production on Punisher merchandise, and … no thank you. That’s not going to do anything—these are literally hand-drawn patches—and it’d be taking away merchandise for the Punisher from fans who actually understand what Frank Castle stands for.

The police aren’t wearing shirts licensed by Marvel. They’re using these patches that look like someone created them specifically for the police in question, and they’re not just wearing them as private citizens. The government has to adhere to copyright laws, too.

Here are some photos of Detroit police apparently from today. Can anyone explain the skull? Given the use of the totenkopf by the SS, doesn’t it seem just a little bit inappropriate?? pic.twitter.com/j3KES75kcb

Part of the problem is that even the police departments don’t have control over their own cops. The Detriot police department told Gizmodo that the fictional character doesn’t reflect their views, which … is honestly laughable. Of course he doesn’t. The Punisher stands for fixing injustices, and cops, right now, are at the forefront of said injustices. Frank Castle would be taking on those cops who are lying and beating down on citizens.

The police and military using the Punisher symbol is not a new thing. In fact, the creator of Punisher, Gerry Conway, has already talked about how the symbol doesn’t work for the police who think they somehow relate to Frank Castle. The more I think about it, the more I realize that almost every superhero exists because of a lack of actual help from the “authorities.”

“You can’t take it to the police, you can’t trust anyone” is a line from a different Marvel property (Netflix’s Daredevil season 1), but it shows a general through line for most all superheroes, to be quite honest. And that includes Frank Castle.

The point is that the idea that no one knows how far copyright law is skewed in favor of rights holders more than Disney, and they—and their massive amounts of money and lawyers—could certainly find a justification to take action if they wanted to. Not only does the Punisher symbol stand for everything the police currently don’t, but it is also being used outside of official merchandise. Disney has sued for much less, so it isn’t out of the realm of possibility for them to do something about the police using the Punisher symbol.

Marvel once used copyright law to stop a father putting an image of Spider-Man on his son’s tombstone. https://t.co/i4IWFD7jcD

Disney threatened to sue daycare centers with Mickey Mouse wall art, sent DMCA takedowns for pictures of legally purchased Star Wars toys, a legal dispute with Deadmau5 over mouse ears, and denied Spider-Man on a child’s gravestone…but can’t do nothing for this?! https://t.co/N5EfL1lnT0

Disney has legally threatened daycares for pictures of Disney characters on their walls, gone after deadmau5 for having a silhouette too similar to Mickey and even stopped a father putting Spider-Man on his son’s grave.

There IS much Marvel can do, and this headline is bad. https://t.co/7XykqsM6kI

maybe not the most meaningful demonstration of the stranglehold the police have over americans but i have never heard of anyone else beating disney in a copyright claim https://t.co/w7IA1bXljK

A Marvel spokesperson pointing out the Punisher’s interaction with police in the aforementioned comic issue, when pressed on the issue by Gizmodo, is one thing. Suing said police for using Frank Castle’s symbol illegally? That would send a much stronger message, and at least Disney would be using their trademark copyright overreach for good for once.