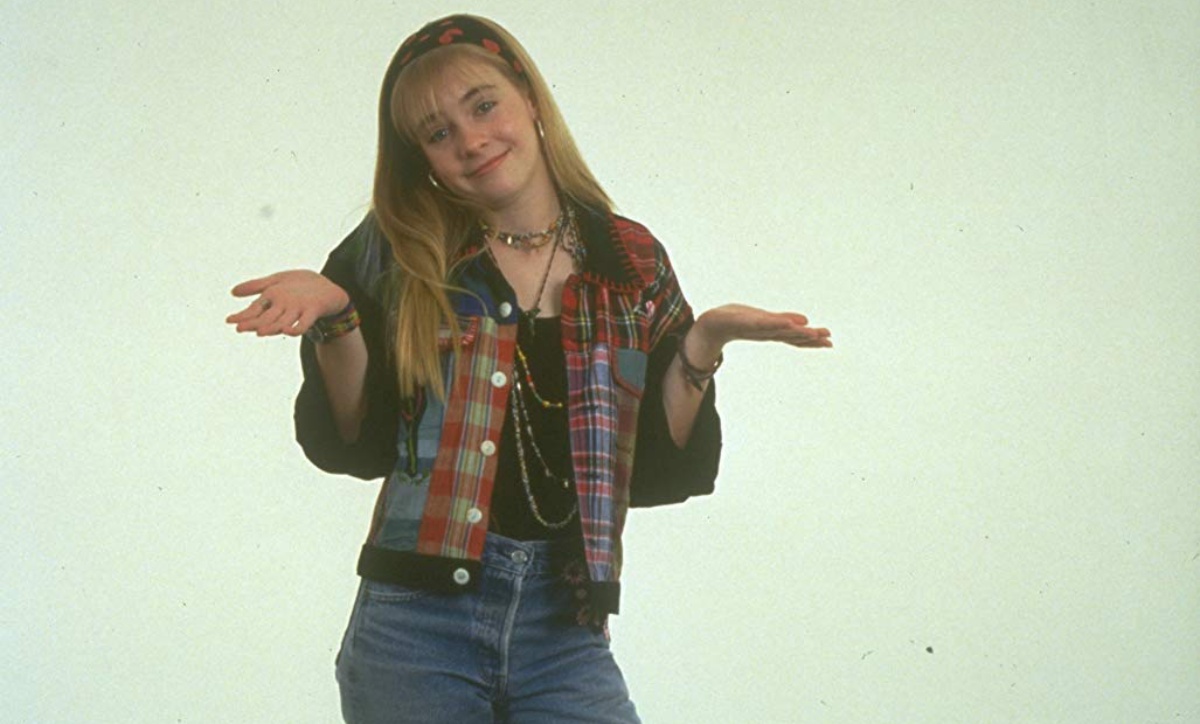 Melissa Joan Hart is one of those celebrities who you really adored as a child but continues to disappoint you as an adult. The star of both Clarissa Explains It All and Sabrina: The Teenage Witch is a Republican and a Christian. Neither of those things would be an issue if she didn’t feel the need to participate in some really poor taste propaganda style media about how Christians are oppressed in this country and passing that on to her children.

In a discussion about her faith on the podcast “Journeys of Faith with Paula Faris” the actress explains that when her son was transitioning from a Christian preschool to regular school, she was scared and wanted to protect him. So at the school bus, she told him:  “At the other school we knew their parents, we knew their siblings […] this time you are on your own to decide who is good and bad. We don’t know if these people are good people. We don’t know if they believe in Jesus, and he really took the Jesus part to heart.”

Well, of course, he did Sabrina, because you taught him to do so. For the record, Hart and her family are Presbyterian Christian.

Now, as someone who went to a Catholic High School with non-Catholic students (we had Muslim students), I truly do not understand why you need to “prepare” anyone to be around children of another religion if you and your family are secure in your own faith. I became a dirty pagan on my own time without any help from my fellow classmates and more from asking questions about dogma on my own. Yet, Hart took the time to warn her son that these non-Christian students might not be “good people.”

At the school, Hart’s son made friends with a Jewish boy and ended up asking his classmate, “If you’re Jewish, then how do you get to heaven?” At first, it was fine, because it started when they were six. However, Hart said the discussions got a little “heated” after their children reached sixth grade where “Some problems came out of that.” Hart did not elaborate what the problems are, but I can only imagine being a parent having to deal with my kid crying and asking if they were going to be able to go to Heaven and I can feel my blood boil.

Hart said that she mused upon the warning she gave her son but did not say whether she regretted it or not.

“When the mom called me with a problem in sixth grade I was like well, ‘Do I regret telling my son that we don’t know if people believe in Jesus, so we don’t know their character?'” she told Faris. “‘Is that a wrong thing to say? Did I set my son on the wrong path or was that the right thing to say and I should defend that?”

Hart then went on to say that it was important to respect each other’s beliefs and the importance of  “listening to each other,” something she seemed to realize after she spoke with that young man’s mother.

Hearing about this story, I decided to listen to the podcast so I could get the whole context, and not just the lines from the articles linked. The entire episode deals with Hart’s own faith journey from being raised Catholic and learning to be a better Christian, especially through her marriage and being a mom. Her commentary isn’t done maliciously, and honestly, that is what makes it so uncomfortable to listen to. She mentions at one point losing a friend to suicide and wondering “is he in Heaven?” something that was very triggering to hear for me as someone who grew up in a Catholic-adjacent environment with mental illness.

Faith is personal. Everyone lives in it differently and I’m not going to sit here and say that Melissa Joan Hart, iconic television witch, doesn’t have the right to be as Christian as she wants to be. The problem is when you start placing these moral qualifiers onto people based on a cursory knowledge that they believe in Jesus. I believe in Jesus,  in my own way. Muslims believe in Jesus, they just don’t believe he is the son of God. As Jesus was Jewish it seems odd to use him to tear down another monotheistic Abrahamic religion, but what do I know after twelve years of Catholic school?

Also, so many different sects of Christianity worship so differently that even putting them under the same umbrella of goodness because they all “believe in Jesus” also just seems so short-sighted to me.

Whenever I hear stories like this, I think of one of my favorite stories from the Gospel of Luke, “the Good Samaritan,” in which Jesus answers the question “And who is my neighbor” (in response to the ‘Love thy God and thy neighbor’ rule people seem to have so much issue with really nailing down, but Hart mentions in the podcast).

For those who didn’t grow up in Catholic school, the story is about a Jewish traveler robbed, beaten, stripped naked, and left for dead along the road. As he is laying there and both a priest and a Levite (a Jewish man descended from The Tribe of Levi) avoid the man and leave him on the road. The one who does help him is a Samaritan. The Samaritans and Jews hated each other but to the man passing by, he saw someone in need and so he helped.

Maybe instead of setting up the idea that only people who love Jesus are worthy of being seen as good, or if that is indicative of their character, it should be more important to see if people, regardless of what faith they assign themselves to, live up the moral messages that are connected to your faith. Because I’m sure that is a better guide for everyone.