Brie Larson's Captain Marvel Has the Rachel | The Mary Sue

We’ve eagerly awaited the chance to see Carol Danvers suited up, but once I saw Brie Larson’s hair, it was impossible to think about anything else.

The upcoming Captain Marvel will take place in the ’90s, and as such, it makes sense that its star would be sporting the most iconically ’90s look of them all: the Rachel. The Rachel defined a generation more than babydoll dresses and clear backpacks ever could. In a hundred years, all characters in period pieces set in the ’90s will be required to sport the Rachel, regardless of gender or hair length. 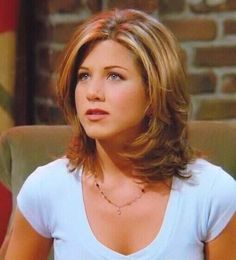 Originally seen on Jennifer Aniston as Rachel Green on the sitcom Friends in 1995, the layered haircut proved to be so popular that it leaped from the screen and into hair salons everywhere. “It became a star in its own right,” explained People‘s Jess Cagle. “Today, Jennifer Aniston’s haircut would have its own Twitter feed.”

Dogs had the Rachel.

The only person in the ’90s who wasn’t enthusiastically rocking those shaggy layers was Jennifer Aniston herself, who told Allure in 2011, “How do I say this? I think it was the ugliest haircut I’ve ever seen. What I really want to know is, how did that thing have legs?”

If the Rachel had actual legs, it would have won the 1996 Olympics 100-meter dash gold medal.

Which brings us back to Captain Marvel. Marvel’s first female-led superhero film will have her story set in the ’90s, an era previously unexplored in the MCU. It was a simpler time, when we mostly only worried about domestic terrorism, I owned a Tamagotchi, and Friends somehow convinced millions of people that Ross and Rachel were endgame even though Ross Geller was actually awful when not onscreen with his pet monkey, Marcel. 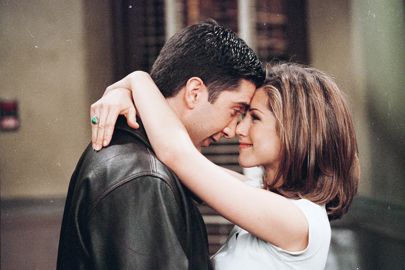 STAY ON A BREAK

There’s no more surefire way to visually communicate an era than to put Carol Danvers in the Rachel for Captain Marvel. And would you believe it, Marvel went there, and they did it. Captain Marvel was just like us, when she was not fighting evil aliens with her massive superpowers. Cool. But I’m holding out hope that at some point in Captain Marvel, we see the emergence of another iconic haircut: Carol Danvers’.

Long live the Rachel nostalgia, but I’m ready for the era of the Carol. 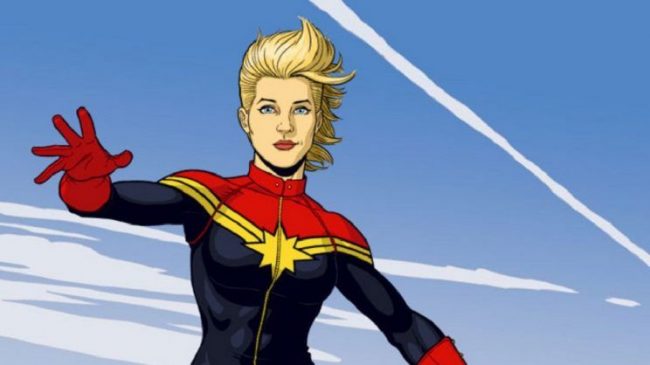