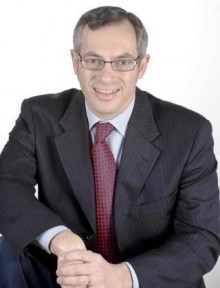 Looks like the Canucks have actually done it, eh? Just a few short days after the Canadian Radio-Telecommunications Commission (CTRC) sanctioned “Usage-Based Billing” (also called metered Internet) for Bell, Canada’s Industry Minister Tony Clement has announced via Twitter that the Harper government will repeal the CRTC’s decision if the commission does not rescind it itself.

As illustrated in infographic form by Reddit user CGSColin, it would be cheaper for some users who exceed Canada’s 25 GB per month data cap to buy an SSD, fill it up with bits, and ship it across O Canada, than pay the whopping $2 per GB overage fees proposed under the usage-based billing plan.

True. CRTC must go back to drawing board

RT @RosieBarton is it true you will overturn internet decision if crtc does not back down?

Corroborating Clement’s tweet, a Conservative government official told the Toronto Star, “The CRTC should be under no illusion — the Prime Minister and minister of Industry will reverse this decision unless the CRTC does it itself … If they don’t reconsider we will reverse their decision.”

While the Canadian Radio-television and Telecommunications Commission is an independent agency, its decision can be overturned by cabinet. The Star was told that could happen as early as next week.

While the Internauts of Canada are not out of the woods quite yet, there is an exceptional chance that they will be back to downloading by the bucketful in no time.