Don't mess this up, dudes. They've got a good thing going. 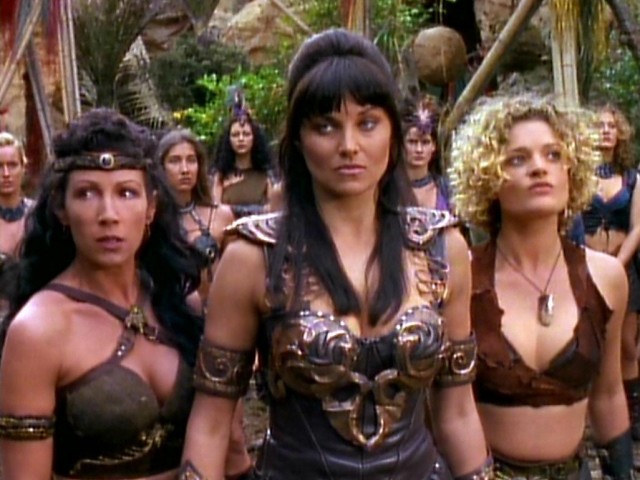 Update: Well, this story just got a whole lot weirder. According to the Google translation of a Portuguese BBC article (which is the best we can do, so if anyone knows the language and would like to help out, please get in touch!), the idea that Noiva do Cordeiro is seeking single men appears to have been completely fabricated.

While the town’s origins are authentic—Maria Senhorinha de Lima really did get excommunicated and helped to found the town, and the men of the town do leave during the week to work in local factories—several British news outlets such as The Mirror have misrepresented the facts. The town’s population is closer to 300, for example, and the gender breakdown is reportedly much more equal. Rosalee Fernandes also says that she did not give an interview to anyone about the town, although one of the Internal reporters who broke the story still insists that he spoke with villagers in person.

Onlookers seem to believe that the false reports’ origins are rooted in an earlier rumor that the town was home to a large brothel. The Noiva do Cordeiro 360 Facebook page notes:

This small village, located in Belo Vale, state of Minas Gerais, is led by strong women whom have lived a story of prejudice – they were consistenly [sic] harassed by a rumor about the place being a brothel – which is false. These news published by the Daily Mail and other international media have a sexist character, and do not point the real intent of these women – women strength and overcoming prejudice, which is spread through the community. Families live there, and they have very strong moral values. Humanity, respect and understanding are the biggest characteristics of that community.

For our part, we apologize for the spread of misinformation and hope that those who proliferated the story also take accountability. If your Portuguese is stronger than ours, you can find out more about the history of the town here.

Hey fellas! How would you like to live somewhere that’s been run entirely by women since 1891? Because Noiva do Cordeiro, a rural town in the scenic hills outside Belo Horizante, Brazil, is looking for volunteers. Just follow every single one of their rules, and don’t make any stupid jokes about “Death by Snu Snu.” They probably won’t like that very much.

Noiva do Cordeiro was founded by Maria Senhorinha de Lima, who was excommunicated from the Catholic church (along with the next five generations of her family) as an adulteress for leaving a man she’d been forced to marry. She was soon joined by other single women and female-led families and formed an unofficial little woman-centric society for themselves—right up until Anisio Pereira, an evangelical pastor, married a 16-year-old girl from the town and founded a strict puritanical church there in the 1940s. Under his careful watch women were not allowed to use contraception, listen to music, or even cut their hair. After he died in 1995, the town dismantled his church and vowed that they would no longer allow men to exercise control over them in the way he had.

“We have God in our hearts,” 49 year old Rosalee Fernandes told The Mirror. “But we don’t think we need to go to church, get married in front of a priest or baptise our children. These are rules made up by men.”

Now the happy town holds over 600 women mostly between the ages of 20 to 35, and according to Fernandes, “Our town is prettier, more organised, and far more harmonious than if men were in charge[…] We share everything, even the land we work on. Nobody competes with anyone here. It’s all for one, and one for all.” While some residents are married with families, their husbands must work away from home and are only permitted back on the weekends, and sons are forced out when they turn 18. The residents who aren’t married, though, are feeling left out.

“Here, the only men we single girls meet are either married or related to us, everyone is a cousin. I haven’t kissed a man for a long time,” Nelma Fernandes, 23, said. “We all dream of falling in love and getting married. But we like living here and don’t want to have to leave the town to find a husband.”

So the solution that Noiva do Cordeiro has proposed? Invite single men in to meet some of the town’s eligible young bachelorettes, on the condition that they are able to abide by all the rules that the leaders have put forward regarding life there. Considering that the town’s website went down because of all the traffic, a lot of men don’t seem to have a problem with the idea. Just, you know, watch out, dudes. It might be a trap to sacrifice all of you to an angry Bee god for another successful honey harvest. I’ve heard that can happen.