The Mystery Behind Andrew Garfield and Batkid’s Canceled Oscar Appearance 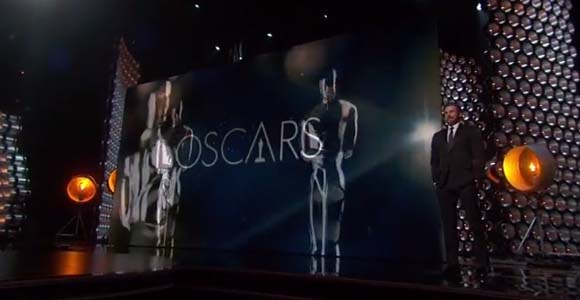 The Academy Awards decided to go with a theme this year – heroes. They didn’t go overboard but did have a few moments where they celebrating heroes, both real and fictional. At one point, Captain America: The Winter Soldier star Chris Evans introduced a montage of film clips pertaining to the theme, but that’s not what was originally intended according to new reports. Batkid, the adorable boy who San Francisco gave a hero’s adventure to back in November, was supposed to make a surprise appearance with none other than The Amazing Spider-Man’s Andrew Garfield. So why didn’t it happen?

Batkid’s mom, Natalie Scott, spoke with the International Business Times about the big trip to Hollywood, which was made at “fairly short notice.” Batkid went as far to don a little tuxedo and did a rehearsal at the Dolby Theater on Saturday.

“I don’t know if they ran out of time, of if there was something about the segment they didn’t like,” Scott told them. “It got pulled so quickly that we didn’t have a lot of insight into what was going on.”

According to The Hollywood Reporter, “Sources say Miles rehearsed a segment with Garfield during during a Saturday run-through, but it was then decided that the segment wasn’t coming together as originally envisioned it and it was cut from the show.” And an Academy spokesperson told them, “Basically, because of the fluid nature of live TV production, ultimately the segment didn’t work.”

But other, more gossipy sources are saying Garfield played a role in the cutting of the segment which, according to Mashable, had a big Gotham City set with Batkid’s name in lights. The Daily Dot writes about a Page Six report that claimed, “Garfield refused to go by the script. He came up with his own lines. The producers felt that Garfield’s [rewrites] were not appropriate. Garfield had a tantrum. He stormed off.”

Considering what I’ve seen of Garfield in the press, I’m leaning towards disbelief here, though he was set to appear and Evans reportedly filled in for him. It sounds more like a behind-the-scenes production problem considering Evans could have literally filled in for Garfield if it was really him causing the issues.

“It is kind of a disappointment, but things happen,” Scott told IBT. “I know that’s how TV goes and how Hollywood is. We’re just not used to that; we’re from a really small town.” To make up for it, the Academy paid for Batkid and his family to take a trip to Disneyland. E! News reports Garfield spent time with them there.