Avengers: Endgame Did the Same Finale Better Than The Rise of Skywalker. I Said What I Said. 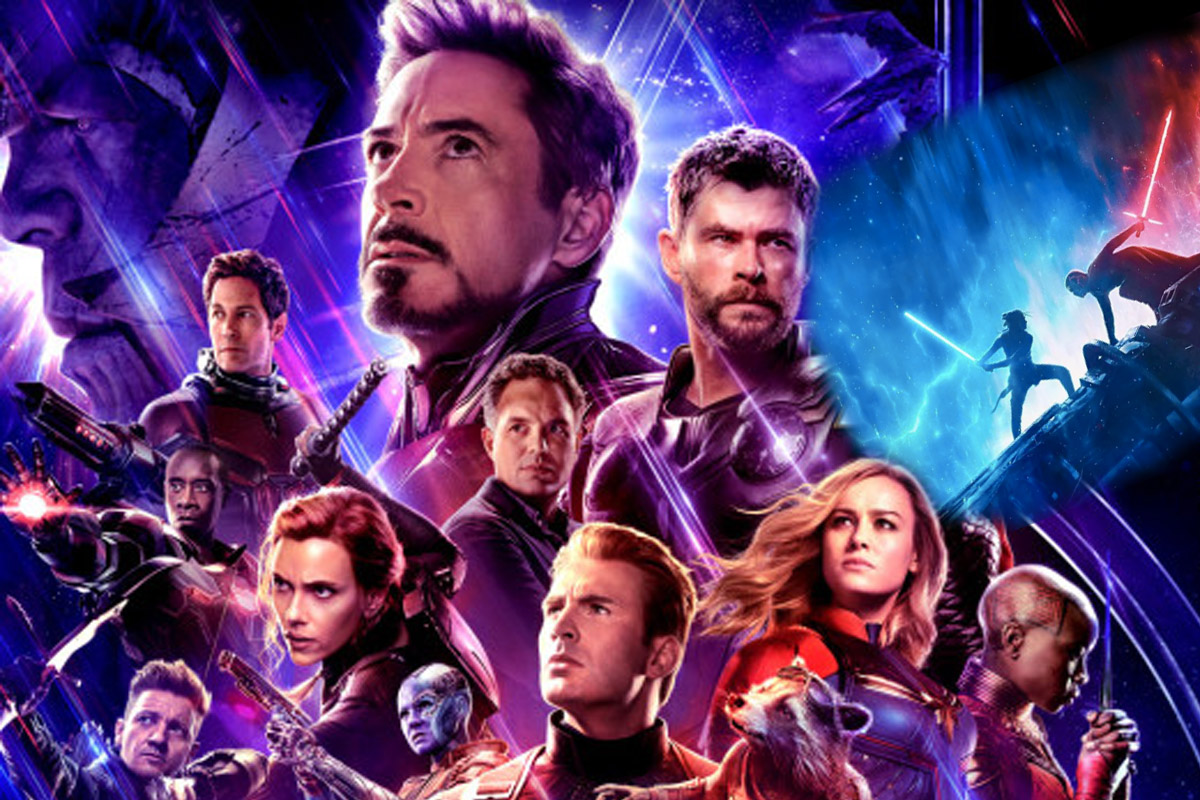 **Spoilers for Star Wars: The Rise of Skywalker, but if you saw Avengers: Endgame then you know everything.**

Remember when we used to look at Avengers: Endgame and pick at its flaws? Those were the days, because we were at least talking about a movie that was 90% enjoyable. If only we knew what Star Wars: The Rise of Skywalker would bring us …

I, like many, loved Avengers: Endgame, and what problems I had with it were because I loved characters that either died or didn’t get the ending I wanted. But I wasn’t livid when I walked out of the theater, and I didn’t go, “Well this is stupid,” out loud in a theater, as I did with Star Wars.

To put into perspective how I feel about these properties, I have tattoos for both Star Wars and the Marvel Cinematic Universe, and I love them both with my whole heart. So, coming out of a Star Wars movie angry? Not something I thought would happen or that I like, but there is another level to this saga I want to unpack.

Avengers: Endgame filmed in tandem with Avengers: Infinity War starting back in 2016. Star Wars: The Rise of Skywalker started filming somewhere in 2017. Apparently, Kathleen Kennedy and Kevin Fiege didn’t think to talk to each other about their movies both coming out this year, because The Rise of Skywalker‘s ending pretty much mirrors Endgame. In fact, the entire movies have moments of the same story.

Rey has to go find a Sith wayfinder to get to Exegol and defeat Palpatine. The Avengers have to find the Infinity Stones to defeat Thanos (who is also somewhat back from the dead by then). I don’t know about you but the Avengers were also doing this back in Infinity War so I think the Avengers have the upper hand in this situation.

Not only do the Avengers and Rey have to go on similar missions, but when they seem down on their luck, a hero comes in with massive reinforcements evoking a long history. Sam Wilson comms in to Steve Rogers and tells him “on your left” and brings all the snapped Avengers back in an emotional moment. Lando does the same thing for Poe, but to be honest, it isn’t emotional because a) Leia has been asking for people to come help with the resistance for three f**king movies now, and b) while there are ships that represent different characters across Star Wars media in Easter egg form, none of these people were characters so prominent and beloved like when the snapped away Avengers show up.

Now, that’s it, right? Nothing else could be similar? Well, funny you should ask! As Rey is fighting against Palpatine, he says that he is all of the Sith. Rey, in a strong moment standing against her enemy, says, “And I …” with a giant pause. Much like …

Now, let me explain something about movies for a second: Trends in films are not new. Back in 2017, everyone was somehow near an explosion, and their ears were ringing. In 2018, we loved including the song “Gloria” in things for whatever reason. 2019? Well, two gigantic Disney properties have eerily similar movies, even if Avengers: Endgame is leagues better than whatever The Rise of Skywalker ended up being.

I think the best way to explain the difference between Avengers: Endgame and The Rise of Skywalker comes in the form of a point I was making to my coworker Kaila Hale-Stern. We were talking about how cheesy most of The Rise of Skywalker was, and I said that when you look at Avengers: Endgame, there was a weight behind their callbacks that turned them into emotional moments, rather than eye-roll-inducing incidents.

When Tony Stark filmed a video for his daughter and said, “I love you 3000,” I cried. When Peter Parker said, “Tony,” I cried. When Steve Rogers said, “I could do this all day,” I laughed because it was written as a joke, paired with an exasperated older Steve hating it, and it was great.

When Lando said “I have a bad feeling about this” in Rise of Skywalker, I groaned audibly, because why continue to beat the same dead horse over and over again? Anyway, these are essentially the same movie, and unfortunately, The Rise of Skywalker missed the mark when Avengers: Endgame still hits me to this day.