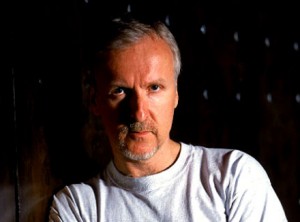 According to the Wall Street Journal, James Cameron confirmed Tuesday night that he, James Cameron, the highest-grossing film director of all time, will turn Avatar into a novel.

How interesting, considering that the best parts of the movie were its special effects.

Avatar is Cameron’s behemoth creation that took 15 years to produce, is up for 9 Oscars and grossed over $666 million domestically. It follows a paraplegic who travels to the planet Pandora, assumes the body of a huge, blue creature and falls in love with a native huge, blue creature. They live off the land and become one with the earth, and in the end, the humans try to destroy their trees for oil.

It really is the most stunning storyline ever, and I definitely have never seen it in Pocahontas or Ferngully.

OK, I’m being harsh. I really liked Avatar, and it makes a strong case for environmental causes. But its plot (which, last time I checked, forms the basis of a novel) is a tad slow and cliche. Cameron will need to infuse this book with augmented reality to make it more engaging than the film.

Unfortunately, it sounds as if the novel will follow the movie “quite closely,” adding interior monologues and even more details about Pandora and the characters. Because, according to Cameron, “there are things you can do in books that you can’t do with films.”

Final note: back in October, i09 speculated that Cameron had poached large chunks of Avatar from Call Me Joe, a novella written in 1957 by sci-fi author Poul Anderson. In the past, Cameron has acknowledge his inspiration sources, such as Dances with Wolves and Rudyard Kipling, but he never mentioned Anderson. I really don’t know either way, but just sayin’; careful, Cameron.