Maybe they should've said one billion. 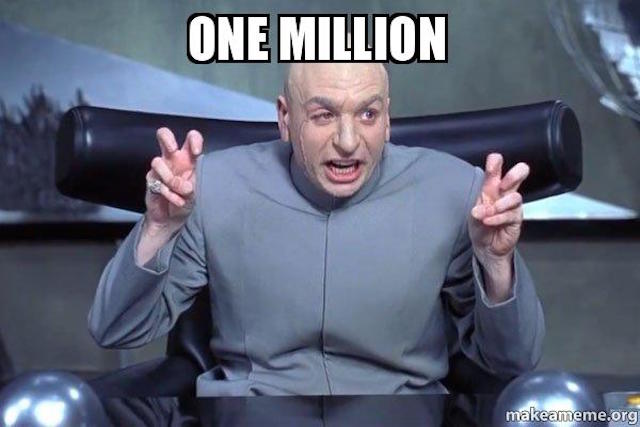 Unlike the staff here at The Mary Sue, the Egyptian Antiquities Ministry doesn’t approve of scientific hyperbole, mincing words, or whatever it was that caused some archaeologists to claim they’d unearthed one million mummies. They revoked the dig license of the team, and there’s no word yet of retaliation from laser beam-packing sharks.

At the Study of Egyptian Antiquities Scholars Colloquium in Toronto last week, Dr. Kerry Muhlestein of Brigham Young University reportedly said, “Thus the maths suggests that there are over a million mummies in the [Fag el-Gamous] cemetery, though we cannot be certain of this without further exploration and a thorough academic review process,” according to The Daily Mail.

However, the EAM isn’t sure they’re working off of the same dictionary as Muhlestein for the definition of “mummy.” Speaking to the Luxor Times, EAM’s Youssef Khalifa said,

What was published in the newspaper is not true. There are no million mummies, a mummy definition to begin with means a complete mummified body and there is only one mummy found at the site of Fag El Gamous in 1980 which is at the Egyptian museum since then. In the past few seasons of the mission’s work at the site, only poor skeletons were found and some thousands of bone’s remains. The mission violated the rules and regulations of the agreement with the Ministry of Antiquities concerning making press statements and that’s why the committee of the ancient Egypt department took the decision to stop their permission to work at the site after 28 years of working at the site and the last season finished last March.

But it seems that what we have here is a failure to communicate. Muhlestein is also quoted as saying, “I believe there have been some misunderstandings. I would like to work this out with the Ministry, for whom I have the greatest respect.”

I don’t know if he used the word mummy offhandedly when referring to the other remains and didn’t think he’d be quoted on it, or if maybe he’s being misquoted altogether, or—OH. I get it. He was just talking about a different kind of mummy.