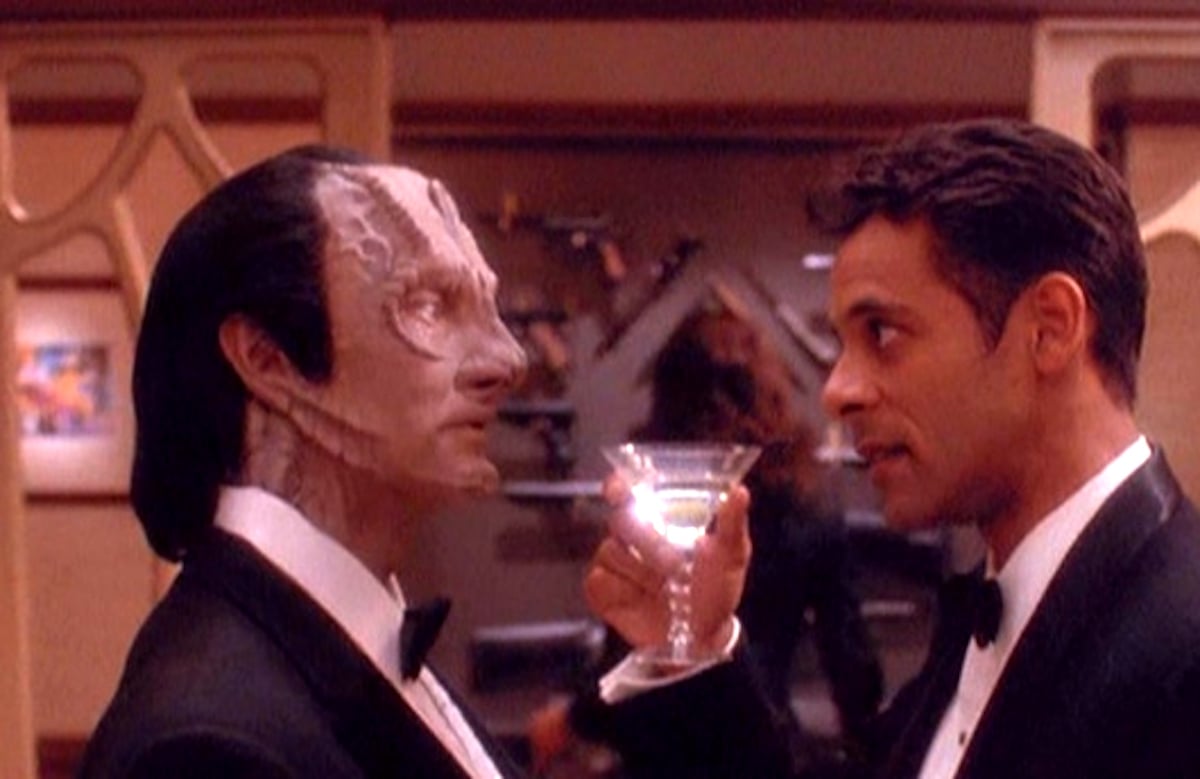 If there’s one group of people who very visibly seem to be having trouble figuring out what to do with themselves during quarantine, it’s celebrities. Ever since Gal Gadot and a gaggle of her famous friends put out a now-infamous video of themselves singing John Lennon’s “Imagine,” which was immediately flamed for being obtuse, it seems like more and more celebrities are struggling when it comes to how to interact with their fans during lockdown.

Enter, stage left, Alexander Siddig, whose solution for staying in touch with fans is not only unproblematic as hell, but also one of the most wholesome developments to come out of celebrities dealing with quarantine: the Sid City Social Club. For those who aren’t familiar, Alexander Siddig is an actor most prominently known for portraying Dr. Bashir on Star Trek: Deep Space Nine, a role for which he gained a devoted following. Since DS9, Siddig has also appeared in a number of big-name shows like Gotham and Game of Thrones, as well as worked on a handful of movies and plays.

Like many of us, Siddig suddenly found himself out of work and locked in due to the COVID crisis, so to help pass the time and lift people’s spirits, he started a weekly online gathering called the Sid City Social Club, where he can interact in one-on-one conversations with his fans and just enjoy the company of other people while being locked away in isolation. The meetings are held over Zoom, and while using the platform isn’t out of the ordinary for normal folks who need to attend online classes or conduct business, what is out of the ordinary is how extraordinarily generous (and all around amazing) Siddig is being with his time.

Star Trek has a notoriously diehard fanbase, and there are dozens of cons held every year where fans can pay to meet, take pictures with, or attend interviews featuring their favorite Trek actors, including Siddig. However, many of those cons can get pricey (especially the bigger ones, like San Diego Comic-Con and Wizard World, which regularly run attendees into the triple digits for weekend-long passes), which means that some fans how don’t have the funds (or the means) to attend these cons don’t get the opportunity to meet their favorite actors and creators.

A more recent alternative to this conundrum is Cameo, a website where celebrities charge a fee (ranging anywhere from $5-$3,000) to record brief, customized videos for their fans. It’s a more accessible solution, but it can still be pricey, and it’s still somewhat impersonal. Although fans can request messages, they’re still pre-recorded segments that are rarely longer than a minute.

But then comes Alexander Siddig, who not only devotes a few hours every week to spending time with fans completely of his own volition, but also without asking for any kind of payment or reward in return. He’s just doing it out of the goodness of his heart, so that he (and his fans) have a way to connect with people while self-quarantined. Siddig holds the Social Club at least once a week (and he recently held a second installment to accommodate for fans in different time zones, because he’s just that beautiful of a person) and chats with his fans, who can ask questions or just spend a little time with their favorite actor.

Unlike the aforementioned Cons, where autograph signings run like a well-oiled assembly line, Siddig makes a point of taking the time to get to know each and every person he’s speaking with and engages them with whatever they’re interested in talking about—whether it’s personal anecdotes about their experiences in quarantine or trivia about Star Trek. Siddig also shares updates about his own life, how he’s coping with the COVID crisis, and is just generally a wholesome person.

For Star Trek fans, last week’s meeting was incredibly exciting, because it included an impromptu (virtual) reunion that many fans have longed for for years—one between Siddig and his Deep Space Nine costar Andrew Robinson. Robinson played Garak on DS9, who, coupled with Bashir, became one of Star Trek’s most well-loved friendships.

Robinson dropped by on a recent meeting of the Social Club completely unannounced, surprising (and delighting) fans of Deep Space Nine who were excited to see a virtual reunion between two fan favorites.

Although it’s only a few hours each week, the Sid City Social Club has been an incredibly uplifting part of the lives of Siddig and Star Trek fans who have been stuck in self-isolation, and if you want to get in on the action, you can visit https://www.sidcity.net/sid-city-social-club/ to see when the next meeting of the Club will be held. Additionally, if you can’t make it, “greatest hits” videos are uploaded to YouTube as a way to chronicle/recap each meeting.

COVID-19 has had the unique result of showing the true colors of many celebrities, for better or for worse. When it comes to Alexander Siddig, however, his generous spirit and genuine kindness through the Sid City Social Club have been helping making life a little more enjoyable for his fans, one Zoom call at a time.