Do you want Hamm? Because that's how you get Hamm. 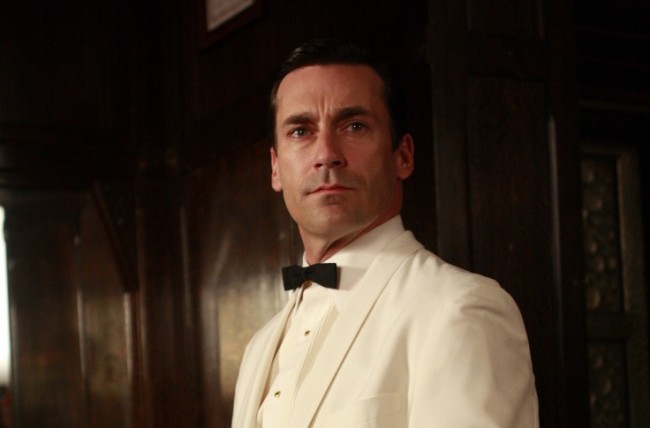 In a conversation with The Daily Beast, Archer‘s executive producers, Matt Thompson and Casey Willis shared their hopes for a live-action Archer movie starring none other than Don Draper himself, Jon Hamm. He’s the only actor they really have in mind to play the bumbling super spy, they say.  Thompson said, “It’s Jon Hamm. If Archer goes live-action, I do believe it will be Jon Hamm.”

Of course, there’s some contention around just who should play Archer. After all, it’s his voice that makes him such an iconic character, is it not? It’s debatable, but H. Jon Benjamin’s voice work breathes life into a character like Archer. This is something Thompson and series creator Adam Reed are well aware of. Thompson explained, saying, “Maybe you could do it with Jon Benjamin’s voice coming out of him? I don’t know. Adam is always like, ‘I don’t know if I want the movie to be live-action because I want it to be Jon Benjamin!’ But if it is live-action—and if it is not Jon Benjamin—it is our greatest hope that it would be Jon Hamm. I can say that with confidence.”

Personally speaking, Hamm seems perfect for the role. He’s no stranger to the show, as he played Captain Murphy in the show’s Sealab 2021 “parody.” His character ended up being crushed by an off-brand soda machine, which is a reference to an episode of Sealab 2021 where that Captain Murphy gets crushed by a soda machine as well. It might even be a safe bet to guess that if Hamm gets the nod, they’re going to make some kind of meta-reference to how he sounds like a deceased character, because that’s just how Archer works.

As you can probably tell, Hamm’s participation requires them settling on the idea to actually go ahead with a movie in the first place. When they talked about whether that will actually happen or not, Thompson said, “It’s all up to whatever Adam [Reed] wants to do, but he and I have definitely talked about it. I think we talk about it once every two years. We vacillate between if you do it, why are you doing the TV show? And should it be live-action, or should it be cartoon? The talk is there, we just still haven’t decided. I don’t think there will be a movie before the last episode of Archer airs on TV. I don’t think we’ll make a movie before the series finishes.”

Given the fact that Archer just wrapped its seventh season on a cliffhanger (even though they haven’t exactly been renewed quite yet for an eighth), it’s likely that we won’t see an Archer movie—live-action or otherwise—for a while yet.