Polanski's win for Best Director was met with tepid applause. 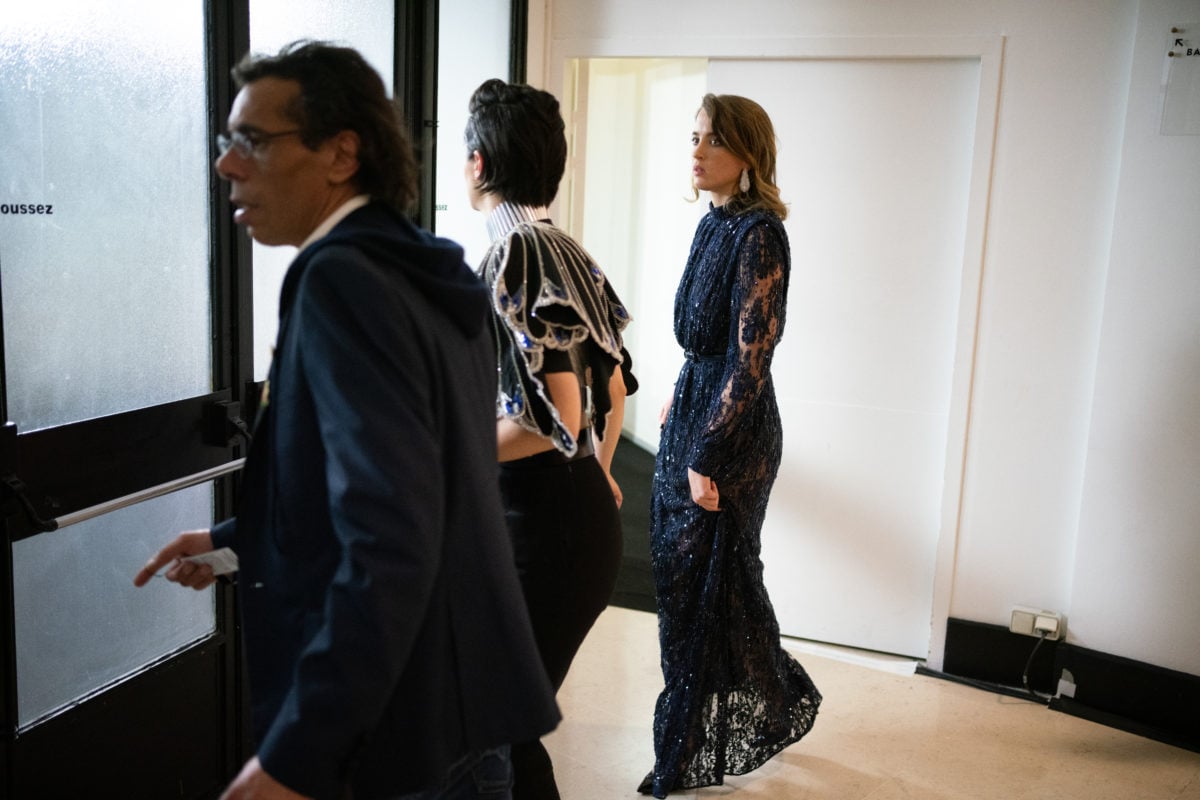 The Me Too Movement took center stage in Paris when several actors walked out of France’s César awards after Roman Polanski won Best Director for his film An Officer and a Spy. Actor Adèle Haenel (Portrait of a Lady on Fire) was one of the first to leave in protest, with videos on social media showing her shouting “Shame!” and “Well done, pedophilia” as she walked out.

Haenel, who has said she suffered sexual abuse during her youth in the French film industry, was followed out by Portrait of a Lady on Fire director Céline Sciamma, along with several other attendees. A vocal supporter of France’s Me Too Movement, Haenel had previously spoken out against Polanski’s nominations, saying “Distinguishing Polanski is spitting in the face of all victims … It means raping women isn’t that bad.”

The show’s host, French comedian Florence Foresti, addressed the controversy by welcoming all the “predators” in attendance and later remarked “There are 12 moments when we’re going to have an issue,” alluding to Polanski’s 12 nominations. Outside the venue, hundreds of people had gathered to protest Polanski and the industry that continues to celebrate and protect him. French police fired tear gas at the protesters as they pulled down a safety barrier beside the red carpet.

The awards show, often referred to as the the French Oscars, was embroiled in controversy weeks before the show even began, when Polanski’s film scored 12 nominations. In response to the outrage, all 21 members of the board of the Association for the Promotion of Cinema announced they would be stepping down.

Polanski fled the U.S. in 1977 to avoid a prison sentence after pleading guilty to raping a 13-year-old girl. He has since been accused of rape and sexual assault by several women, many when they were minors. These accusations have done little to blunt Polanski’s career, as he continues to work and win awards.

Polanski had previously stated that he would not be attending the awards saying, “We know how this evening will unfold already … What place can there be in such deplorable conditions for a film about the defense of truth, the fight for justice, blind hate and anti-Semitism?”. Wow, it must be so hard for him.

France’s culture minister Franck Riester stated in an interview that a Polanski win would be “a bad symbol given we must all be aware of the need to fight against sexual violence and sexism.”

Haenel’s walkout has earned praise on social media for her bravery:

In a world full of people that stay silent in front of rapist having a career, be an
adéle haenel.
pic.twitter.com/yHwjwSklQk

Can 2020 be the year we stop rewarding men for their "art" while ignoring their unapologetic history of rape and child sexual abuse?

Love to 👑 actress Adèle Haenel, who was one of the people that walked out of the #Cesar awards when they gave best director to #Polanski. https://t.co/8fulP7eT1y

Adèle Haenel, who was abused by a director, left the #César awards when they gave best director to Polanski.
I FUCKING STAN https://t.co/BsJHIO3SuI