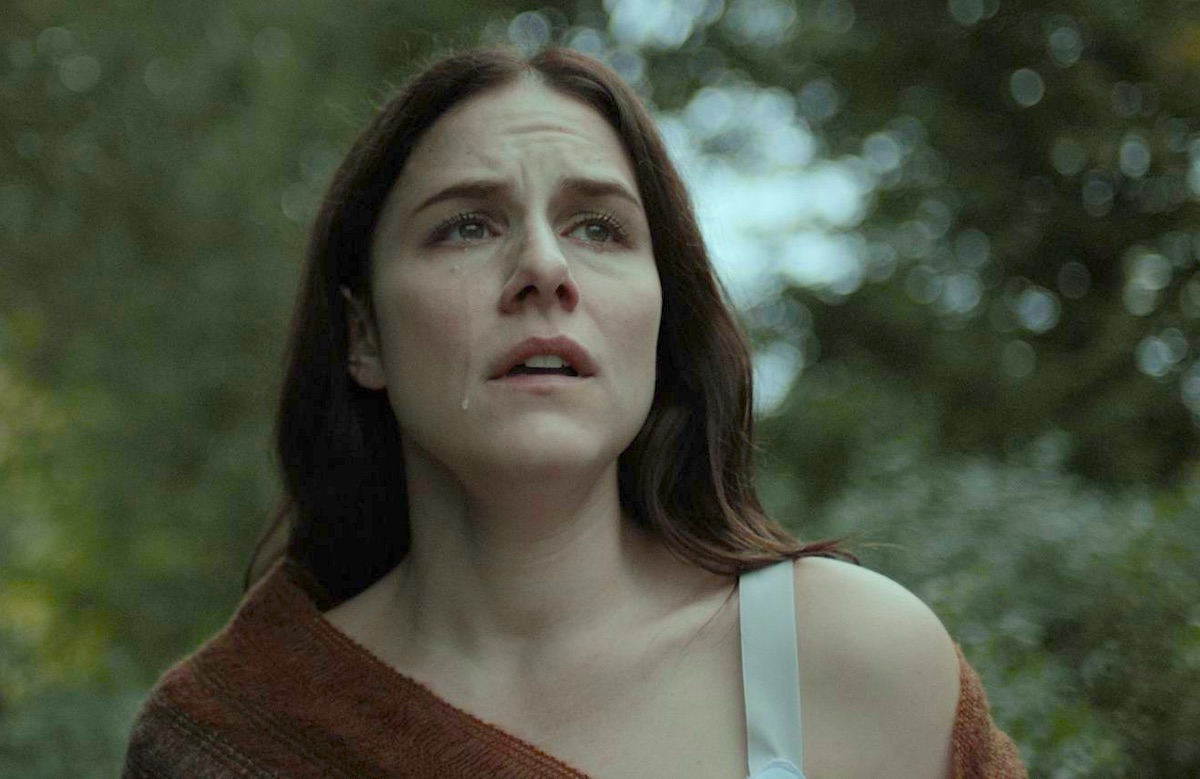 Get your picnic baskets ready, folks. It’s time to go back to Lake Geneva and once again revisit the writing of Mary Shelley’s classic Frankenstein—but now, there’s more sex, drugs, and waking, walking monsters to behold.

Horror streaming platform Shudder just announced the acquisition of writer/director Nora Unkel’s debut A Nightmare Wakes, which it describes as “[a] sweeping psychological thriller based on Mary Shelley’s writing of Frankenstein … steeped in accurate period details but told with a modern perspective.” Further details that we absolutely love to see? The cast is diverse and the film was made with a majority female production crew.

You can watch the official trailer here:

On the one hand, this looks cool and creepy, and it’s certainly atmospheric. I love that Mary appears to be crying and bleeding ink, an excellent representation of the writing process. The actual romantic upheaval in the lives of young Mary Godwin and Percy Shelley—and of course their pal Lord Byron, not to mention Mary’s stepsister Claire Clairmont—also makes for endless dramatic fodder. The rain-drenched summer in Switzerland where Byron’s guests came up with ghost stories to pass the time, which resulted in Frankenstein and John Polidori’s The Vampyre, is almost as mythic as the works that came from it.

Mary Shelley (still technically Godwin at this point, as she and Shelley did not wed until later that year) was depressed after the loss of her first child when she started writing Frankenstein in 1816, and she did report having strange visions of the Creature she was creating. Turning the act of this creation into a psychological horror movie makes sense, especially considering that Frankenstein birthed science fiction and horror as we know it.

On the other hand, we’ve had so many tellings and retellings of this tale, and books and bios and films about Frankenstein’s genesis, that I wonder why we’re back here once again. And I’m curious about how this particular setup will play out, as it appears that much of what is happening to Mary is the result of “an opium-fueled fever dream.”

The synopsis is as follows:

While composing her famous novel Frankenstein, Mary Shelley descends into an opium-fueled fever dream while carrying on a torrid love affair with Percy Shelley. As she writes, the characters of her novel come to life and begin to plague her relationship with Percy. Before long, she must choose between true love and her literary masterpiece.

An unsettlingly intimate portrayal of a brilliant artist at her most troubled, A NIGHTMARE WAKES traces the tortured birth of a timeless masterwork and the rightful ascension of its creator to stand alongside her creation.

I’m also not sure what to do with that “she must choose between true love and her literary masterpiece” kicker, because, hmm. Not only does this reduce the wildly complicated relationship between Mary and Percy, but the framing of having to choose between literary creativity and a man is not great! “If I cannot inspire love, then I will cause fear.” Hmm. And it seems like in the trailer that Percy is trying to persuade her not to write, when in actuality he was encouraging.

I do appreciate that director Nora Unkel has set out to tell more of what she sees as the truth of Shelley’s story “yet to be captured fully on-screen.” A feminist and believer in free love in an era much opposed to such ideas, Shelley had many internal struggles and would suffer through a series of immense personal tragedies and social scorn. But it’s unclear how much of these elements the movie will unpack or if it will mostly be in the service of more titillating horror.

“With her Creature and Creator, Mary Shelley created science fiction as an entire genre and transfixed 1800s Europe in ways never thought possible. Shelley’s struggle with love, loss, abandonment by society and family, and her own sanity, had yet to be captured fully on-screen. She lived a colorful life of love, drugs, and freedom alongside some of the most celebrated artists of her day. With A NIGHTMARE WAKES, I hope to leave Shudder members enraptured by Shelley’s chilling, intimate, and dark narrative, inspired by how much her story is, in fact, our own.”

And herein may be the best part of a press release I’ve read in a very long time: “While the filmmakers took great pains to be as historically accurate as possible in the movie’s lighting and design, they chose to cast racially diverse actors and to produce A NIGHTMARE WAKES with a majority female production crew.”

More of this! This is how it’s done.

The movie will “debut on Shudder on February 4th, days after the 170th anniversary of Mary Shelley’s death on February 1st, 1851.”