A Bob's Burgers Movie Is in the Works | The Mary Sue 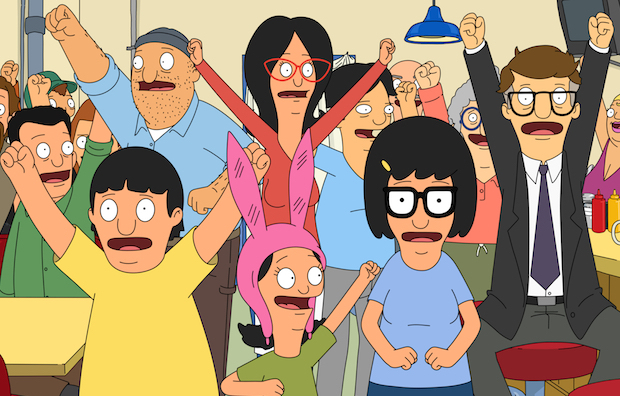 At the risk of sparking a crap attack, I’ve got some big news for Bob’s Burgers fans! Deadline is reporting that the show is getting the big screen, feature film treatment.

First, the bad news: we’re gonna have to wait a while. The movie is currently slated for July 17th, 2020.

The good news: WE’RE GETTING A BOB’S BURGERS MOVIE!

The show’s creator Loren Bouchard knows this is a big undertaking, and that living up to fans’ expectations will be hard. But that’s what happens when you create a perfect piece of art in the first place.

He told Deadline, “We’re thrilled to be invited to bring Bob’s Burgers to the big screen. We know the movie has to scratch every itch the fans of the show have ever had, but it also has to work for all the good people who’ve never seen the show. We also know it has to fill every inch of the screen with the colors and the sounds and the ever so slightly greasy texture of the world of Bob’s – but most of all it has to take our characters on an epic adventure. In other words, it has to be the best movie ever made. But no pressure, right?!”

Can you imagine? 90 to 120 minutes of the Belchers. Or more. If Bouchard wants to drag this out to Blade Runner 2049 lengths, I’d be fine with that. There’s no word on what the plot will involve, but we can bet there will be plenty of burger puns, some butts, a caper or two. And a kickass score & soundtrack, that’s for sure.

I WANT IT NOW!

What about you all? What are you hoping to see in “the best movie ever made”?