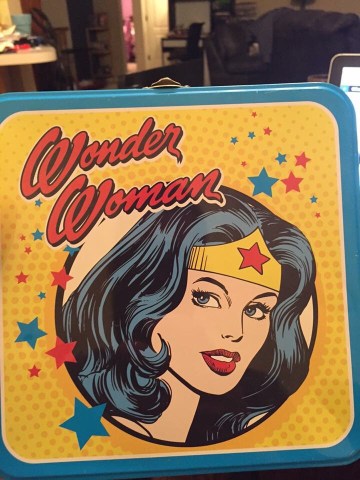 You know what’s hilarious? When people who clearly have no experience with superhero lore make up rules about superhero stuff.

An imgur user posted a photo of a letter her friend’s daughter brought home from school: 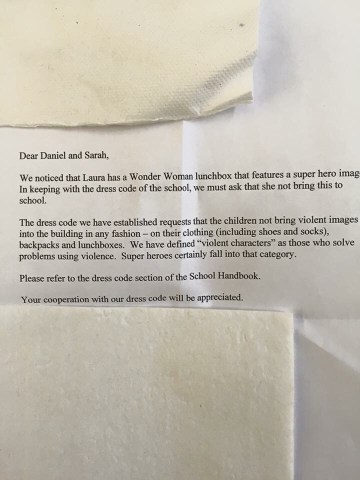 The photo at the top of this post is the front of the offending lunchbox. And here is the back: 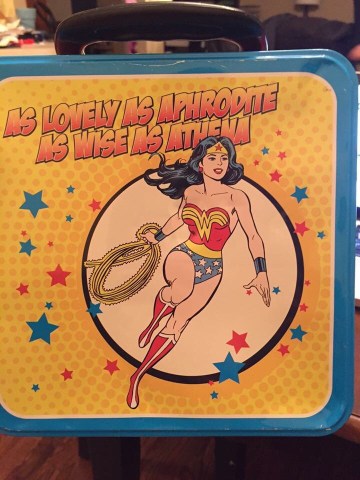 What concerns me more than a little girl being deprived of the chance to pay homage to a worthy fictional role model is the idea that “violent images,” “violent characters,” and “superheroes” are all conflated without context. I understand not wanting to have violent images in a school around children. And if the offending lunchbox had Wonder Woman in a fight (or if other superhero lunchboxes actually featured, say, Iron Man shooting someone with his repulsor blasts, or Superman punching someone), this would make a whole lot more sense.

But this lunchbox has a picture of Wonder Woman’s face on one side, and on the other a full-body picture of her flying while extolling her beauty and wisdom. Two very non-violent qualities. What’s more, she’s holding her Lasso of Truth, which she never uses as a weapon.

However, even more nonsensical is their blanket ban on “violent characters” who “solve problems using violence,” when anyone who’s ever actually picked up a comic book knows that most superheroes 1) turn to violence as a last resort, and usually in self-defense, or when the lives of others are in danger, 2) don’t want to kill anyone, and 3) often have other skills that make them so “super” and are worth looking up to (Batman’s power of deduction, Superman’s belief in humanity, Wonder Woman’s love of peace).

It’s sad to me that, whenever children are concerned, rather than actually engaging with the material – or with the children themselves – when determining what’s best for them or not, adults in positions of power too often take the easy way out, creating blanket bans rather than respecting children enough to deal in ideas and provide them with context.