Ladies, Don’t Panic, But Our Life Expectancy Rate Is Slowing Down 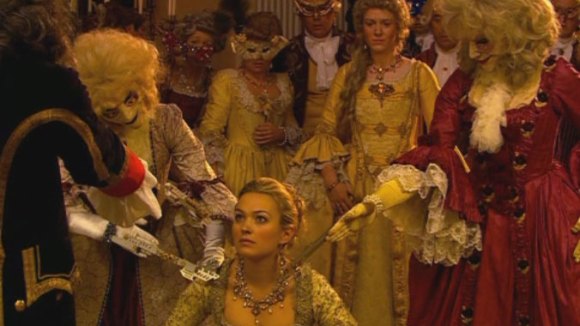 Okay, ladies, it’s time for something I like to call “Girl Talk.” And no, I’m not talking about our lady parts — I’m talking about our whole lady lives. A new study by the Institute for Health Metrics and Evaluation says that while human life expectancy continues to grow, the growth rate for the life expectancy of women is slowing down and men might actually surpass us. Actually, our lifespans have been lagging for a while now, since 1999, and in some parts of the United States, it’s actually gotten lower. Life might not be a contest, but, um, we’re dying earlier than we used to, and that’s a major problem.

“This is a wake-up call for all of us. It’s tragic that in a country as wealthy as the United States, and with all the medical expertise we have, that so many girls will live shorter lives than their mothers.”

In 661 counties, life expectancy for women either stopped improving or actually became worse, while only 166 counties reported similar trends for men. Where are some of these counties located, exactly? Declining lifespans for women were reported in “84% of Oklahoma counties, 58% of Tennessee counties and 33% of Georgia counties.”

While there are likely many, many factors as to why the health of women in these counties is causing them to die earlier and earlier (namely preventable conditions such as smoking, drinking, and obesity), the major factor is still the number one cause of death in America: heart disease. Women are simply not treated the same way men are, and their symptoms are often ignored. You know, because some doctors might write their symptoms off as just women being, ahem, “hysterical” and send them on their merry way, according to physician Gina Lundberg, also the national spokesperson for the American Heart Association.

“Women aren’t as encouraged by their doctors to get medication to ward off heart disease … And many doctors don’t treat their symptoms as aggressively as they do in men. They’ll say you have an upset stomach and send you home.”

Heart disease also affects women differently, even worse, than it does men, especially when women are smokers; Lundberg says that blockages in the heart progress more rapidly in women who smoke. Women are also more likely to die of a heart attack if they suffer one than men are.

Clearly, even more attention needs to be paid to women and heart disease, because it’s actually causing our gender’s life span to become shorter and shorter. The good news is that this lag can be remedied if we do follow through on creating awareness and providing education to people about conditions like heart disease. In other words, as pretty — and important — as pink can be, we should really be wearing a lot more red.

I know I said that life is not a contest — but do we really want to let the boys win this one? They’re gaining on us, ladies. Let’s take better care of ourselves!