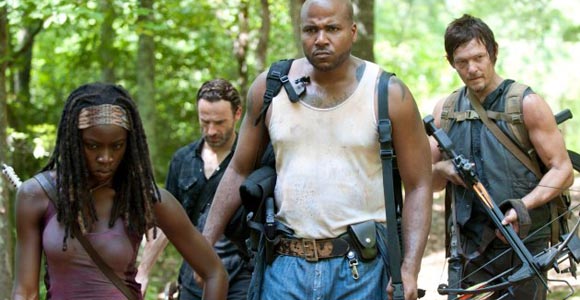 AMC’s The Walking Dead is set to welcome a few new actors to Season 4 according to TV Line. But will they be characters you’re familiar with from the comic or all-new creations? They write:

The Governor’s origin story, which I imagine would have to include his former ally Milt, seems like a golden story opportunity for new showrunner Scott Gimple — especially since David Morrissey is back as a regular in Season 4. But I honestly have no idea if it’s in the cards. The show could just as easily wind up being too busy with new recurring characters like Laura, a single mom and ex-nurse who isn’t quite as strong as she first appears; Melody, a “just one of the guys” kinda gal in her 20s; and Don, who sounds like Hershel, if Hershel were crankier and two-legged.

We found out not too long ago Tyreese, Sasha, and Beth were being promoted to series regulars, as well as Woodbury’s Karen, and it seems likely these new characters could be Woodbury natives who decided things might be better with Rick & Co. too.

TV Line recently revealed the title of the Season 4 premiere as well: “30 Days Without an Accident.” Plus, we just got a really great poster featuring Michonne on a horse! Looking forward to Season 4? Would you have preferred them bringing in more comic characters instead of these new folks?