Pose removed because they wanted to "create something better." 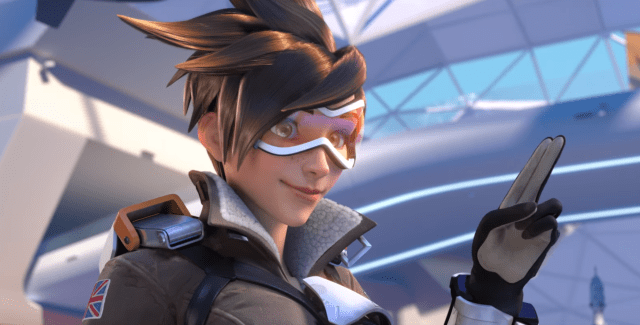 In a move that’s spun off a surprisingly civil conversation, Blizzard has removed a controversial victory pose belonging to Tracer, one of the heroes from their upcoming first-person shooter game, Overwatch. The pose in question features a pretty gratuitous shot of Tracer’s butt. She already wears a tight spandex-looking suit as part of her costume, so having her turn around to put her butt on display over anything else felt like a bit much. You can see a screenshot of the pose below: 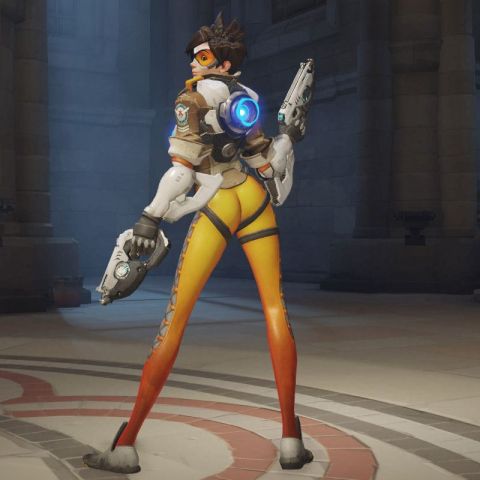 In a thread on the game’s beta feedback forums created in response to the changes, one user, “Fipps,” said as much in a lengthy, well thought-out post critiquing the pose. They explained how, with a character like Tracer, the victory pose was gratuitous simply because they felt it did not fit her character. Her sexuality isn’t something that they felt she, as a character in this world, would flaunt in such a way. Compare something like this with the other, much more sexualized characters in Overwatch like D.va or Widowmaker who, according to Fipps, flaunt their sexuality a bit more, and you can see how a pose like this just does not fit for a character like Tracer, who Fipps described: “She’s fast. She’s silly. She’s kind. She’s a good friend. Her body seems to be comprised of about 95% spunk.”

The game’s director, Jeff Kaplan responded to the thread, locking it at first after posting the following response:

We’ll replace the pose. We want *everyone* to feel strong and heroic in our community. The last thing we want to do is make someone feel uncomfortable, under-appreciated or misrepresented.

Apologies and we’ll continue to try to do better.

Unhappy with a post like that, the fans continued discussing and venting their frustrations elsewhere. For the most part, though, it should be noted that much of the discussion remained mostly civil. After some time, Kaplan returned and unlocked the thread, but not before posting a longer statement, one that shed a lot more light into the reasons for the removal. Kaplan addressed concerns over fan pressuring, dismissing said concerns and reminding folks that this is part of the feedback process. In part, he wrote:

We actually already have an alternate pose that we love and we feel speaks more to the character of Tracer. We weren’t entirely happy with the original pose, it was always one that we wrestled with creatively. That the pose had been called into question from an appropriateness standpoint by players in our community did help influence our decision—getting that kind of feedback is part of the reason we’re holding a closed beta test—but it wasn’t the only factor. We made the decision to go with a different pose in part because we shared some of the same concerns, but also because we wanted to create something better.

The thing about this move is that it’s an indication that Blizzard is actually investing effort, time, and energy into finding out more and learning about the characters they’ve created. They’re taking responsibility for these characters and are obviously very invested in the story and the world that they’ve built, so much so that they’re willing to undo said effort, time, and energy just to make sure that they’re presenting a clear, concise, and focused story. The way you get to a story like that is by making sure your characters and their actions are clear, concise, and focused as well. Put simply: this pose just did not fit their idea of Tracer, and that’s why it’s being removed.

If this is the kind of thought and care that Blizzard is putting into Overwatch, then this move by them is more than just reassuring. It’s likely won them more than a few new fans.