The X-Men: No Boys Allowed 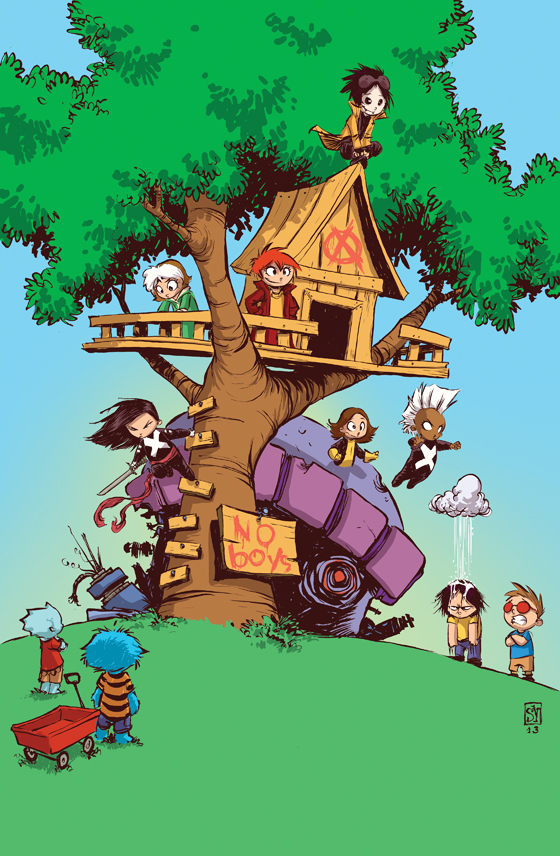 There’s been some backlash to Brian Wood‘s upcoming all-female X-Men team of Storm, Rogue, Jubilee, Kitty Pryde, Psylocke, and Rachel Grey, and I feel like this variant cover by Skottie Young is the perfect response.