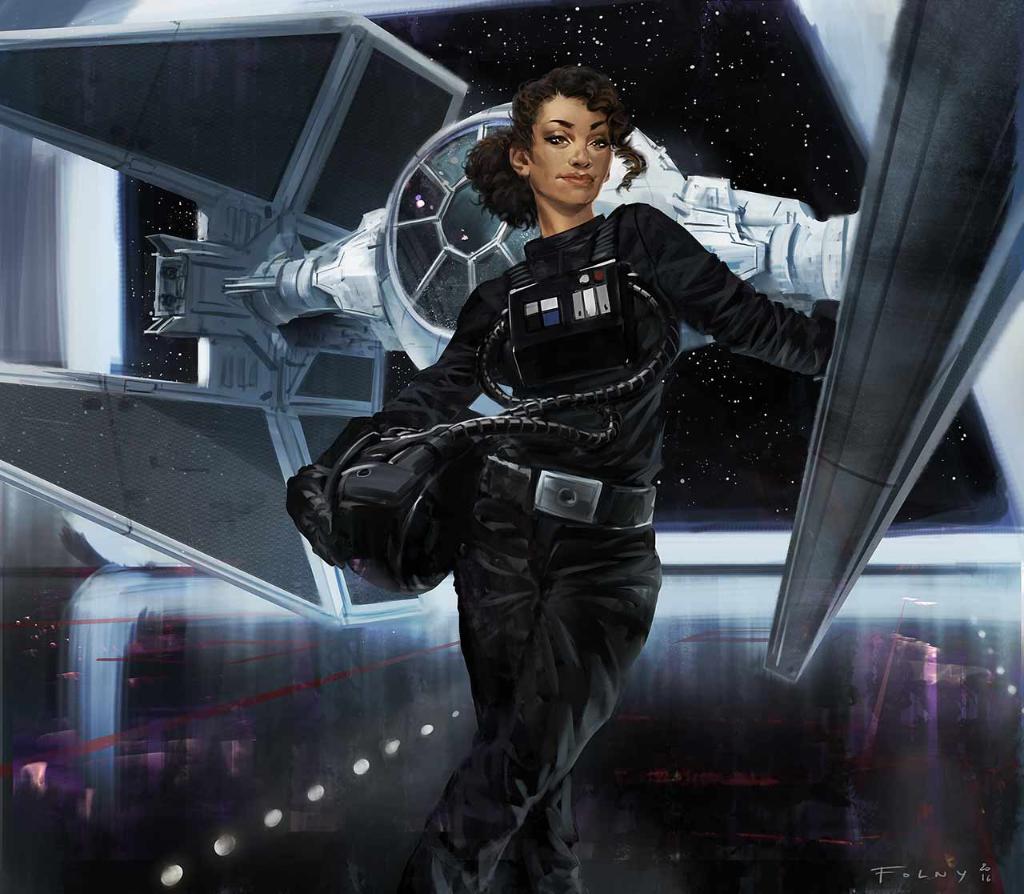 If you haven’t read it yet, Claudia Grey’s Lost Stars is wonderful. It’s part of the release of the Journey to The Force Awakens series of young adult novels that came out around the time of the movie, and it tells the story of two young characters who fall in love over the course of the original Star Wars trilogy and then find themselves on opposite sides of the battle between the Rebels and the Imperials.

Fans of the original trilogy will definitely enjoy the chance to re-experience the events of those films through the eyes of brand-new characters–and Lost Stars is definitely more than just a romance set against the backdrop of A New Hope onward. It’s a great look into the lives of two people who were trying to live their lives (and, ultimately, find a way to be together) while the Empire and the Rebellion continued to clash with one another.

Thanks to Fantasy Flight Games and The Star Wars Show, the first official image of Ciena Ree, a graduate of the Imperial Academy and commander of a Star Destroyer, has been released! (Fun fact: the Star Destroyer under Ree’s command is one of those that participates in the Battle of Jakku, leading to the remnants of the fight that Rey often finds herself scavenging through at the beginning of The Force Awakens.)

Fantasy Flight Games has also confirmed that Ree will be part of an expansion pack for the table top game Star Wars Armada. Beyond that, she’s a welcome addition to an ever-expanding Star Wars universe.