Stan Lee Gets a Pacemaker, Begins Transformation Into Iron Man 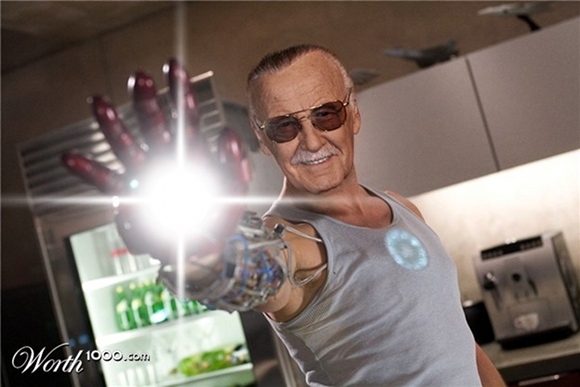 Recent cancelled appearances have led to speculation over the health of comic book legend Stan Lee, who turns 90 this December and, it’s fair to say, is probably a busier man than most people half his age. Following an official statement from Lee’s POW! Entertainment, we now know the reason for the cancellations: He was getting a pacemaker.

The statement, written by Lee, is very… well, Stan Lee-esque is really the best way to describe it. See for yourself:

This is a dispatch sent from your beloved Generalissimo, directly from the center of Hollywood’s combat zone!

Now hear this! Your leader hath not deserted thee! In an effort to be more like my fellow Avenger, Tony Stark, I have had an electronic pace-maker placed near my heart to insure that I’ll be able to lead thee for another 90 years.

But fear thee not, my valiant warriors. I am in constant touch with our commanders in the field and victory shall soon be ours. Now I must end this dispatch and join my troops, for an army without a leader is like a day without a cameo!

To be serious for a moment: I’m not particularly into comics—my geekitude lies elsewhere—but I very keenly feel that the world is a better place for having a guy like Stan Lee in it, and I hope that he’s around doing awesome Web videos and movie cameos for many years to come.

(via: Examiner, image by 02browns)