Caustic Horror She Will Taps Into Witchcraft To Conjure Feminist Revenge 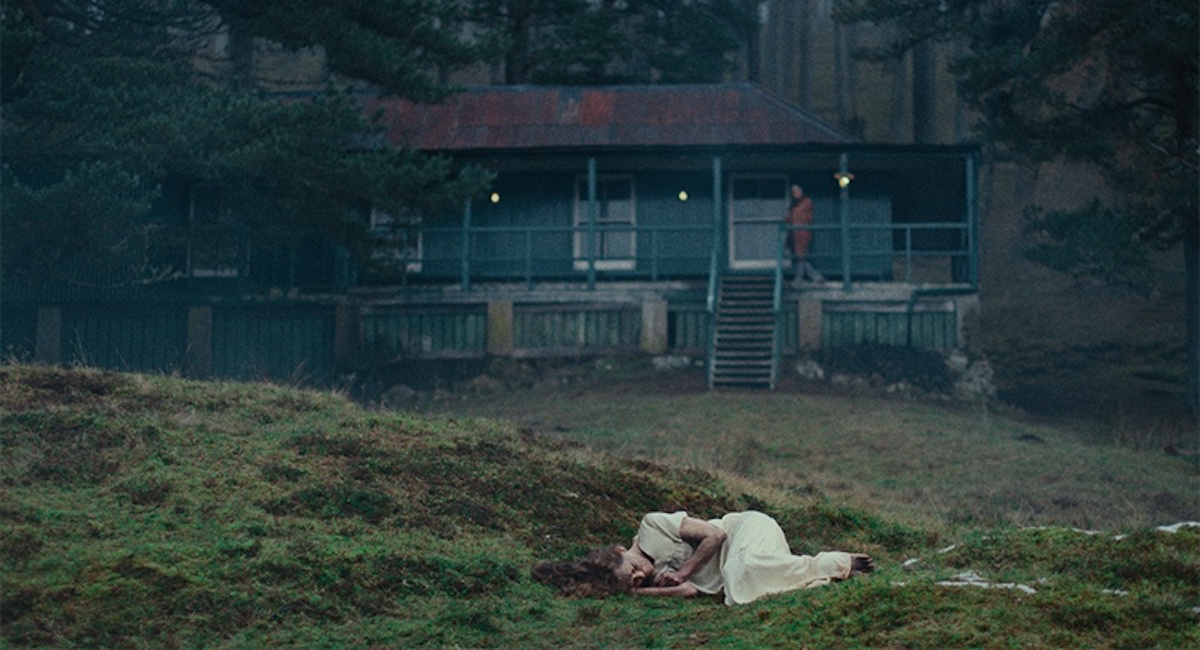 A chilling comeuppance hides in the Scottish woods in Charlotte Colbert’s supernatural horror debut She Will.

Recently screened at BFI London Film Festival, the story of protagonist Veronica Ghent (a masterful Alice Krige) is a reckoning for the ages, a revenge tale tapping into witchcraft lore to set the score on powerful, predatory men.

An aging actress recovering from a double mastectomy, Veronica seeks solace and solitude at a remote retreat in Scotland, escorted by young, attentive nurse Desi (Kota Eberhardt). The audience immediately sides with the latter, often on the receiving end of Veronica’s sharp-tongued, snappy comments.

Famous for starring in a movie from celebrated filmmaker Eric Hathbourne (Malcolm McDowell) when she was 13, Veronica seemingly struggles to accept her acting days might be well behind her. Especially now that a remake, again directed by Hathbourne, is being made, and the search for a brand new young female lead has begun.

A stern, aloof woman of regal allure, Veronica barely conceals her bitterness over having been long swallowed by the industry. What’s left of her, she fears, is no longer acknowledged if not in the past tense. It is a heartbreaking reflection, somewhat reinforced by the invasive surgery she’s undergone, a problematic, symbolic depiction of giving up one’s femininity that can be well disputed, but becomes the start of the protagonist’s descending spiral nonetheless.

Because beneath the actress’ icy, off-putting demeanor, there is a far more unspeakable, unprocessed pain than her post-op wounds. A trauma waiting to surface, as the Scottish land cracks open to reveal a complicated past of female torture. The landscape, whose soil is said to be fertile thanks to the ashes of those witches burnt at the stake centuries prior, is the catalyst for Veronica’s power to come to the fore.

The number of so-called #MeToo films has been surging over the last few years, tackling sexual misconduct and its consequences with the best of intentions, albeit not always mirrored in the execution. It is especially hard to find one that doesn’t come across as programmatic, and She Will feels didactic and predictable at times in telling Veronica’s story.

The performances elevate the material, with the relationship between Veronica and Desi being afforded time to grow and evolve from a clash into a partnership of sorts. It is a shame, though, that Desi’s arc is boxed to serve the main narrative, which wants her to interact with a local man in a contrived scene rather than exploring her queer desire with the retreat’s handywoman Lois (Amy Manson).

Alongside the leads, secondary characters are also well cast. This is particularly true for fur-donning, delightful Rupert Everett as Tirador, accompanying unaware tourists in the haunted area.

The connection between Veronica and the landscape is introduced very early on in the movie through an abundance of drone shots. As the film progresses, nature offers a portal to a dreamscape where the actress collates graphic visions of her surgery and disturbing witch pyres. The voices of the women betrayed by men can be heard in the unsettling choral score by Requiem for a Dream and Black Swan composer Clint Mansell, punctuating the moments where Veronica’s bond with her predecessors grows deeper.

Perhaps unoriginally but effectively, the film smirks at powerful men co-opting the term “witch hunt” whenever they are accused of sexual misconduct. The character of Hathbourne is the infuriating prototype of one too many older, male filmmakers pushing the boundaries of what’s not just right, but lawful, to achieve what they want, both artistically and personally.

Colbert and co-writer Kitty Percy remind the audience what actual persecution looks like through glimpses of ice and fire, accessible through the breathtaking Scottish landscape. But the link to these witches is never spelled out, and the different supernatural phenomena it prompts in Veronica — time-traveling, teleportation, spell-casting, possession — are left to the viewer to make sense in a stylish, stunning yet confusing narrative.

The force of the movie, it seems, lies in its corrosive humor and in fostering solidarity among women, crucial elements that Veronica is able to weaponize against abusers. Her body, too, turns into a vessel for her supernatural strength as she learns to embrace her appearance and her surgery scars in a moving epilog.

Despite its minor flaws, She Will is witty, wicked, and immensely satisfying to watch, inviting to relish every last bit of this long-overdue vengeance quest.