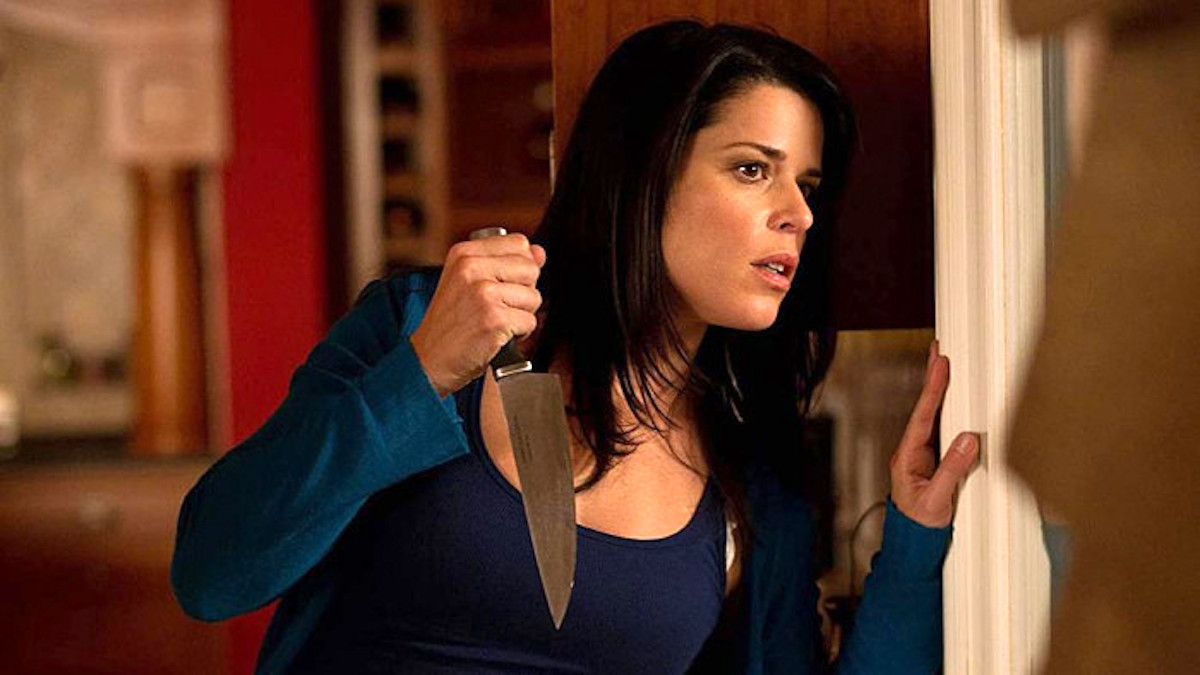 The new Scream—also known as Scream 5—is set to ignite nostalgia in fans of the Scream movies as well as introduce a new generation to tongue-in-cheek horror. Reviews and first reactions so far have been positive, with the film currently earning a 76% freshness rating on Rotten Tomatoes.

Stars like Neve Campbell, Courtney Cox, David Arquette, and Skeet Ulrich are reprising their now-iconic roles. There’s also an exciting crop of new actors joining in, including Melissa Barrera (In The Heights) and one of our favorites from The Boys, Jack Quaid. This will be the first Scream movie not directed by horror legend Wes Craven, who died in 2015. Matt Bettinelli-Olpin and Tyler Gillett, who co-directed Devil’s Due and Ready or Not, are sharing the director’s mantle here. Scream 5 hits box offices on January 14th, 2022.

The film’s official synopsis reads, “Twenty-five years after a streak of brutal murders shocked the quiet town of Woodsboro, a new killer has donned the Ghostface mask and begins targeting a group of teenagers to resurrect secrets from the town’s deadly past.” Scream 5 appears to have a lot in store for both longtime fans of the franchise as well as first-time viewers.

Will Scream 5 be streaming?

Scream 5 is not streaming simultaneously with its box office release. When it becomes available, the film will be on Paramount+. While no exact date for its streaming release has been announced yet, Paramount+ movies tend to hit the network 45 days after the theatrical debut. Going by this schedule, that would make Scream 5 available to watch at home on Monday, February 28th, 2022.

Of course, these days, nothing is set in stone, and it’s possible Paramount could bring the movie to streaming sooner than February 2022. Theaters and box offices are fickle these days with the pandemic. We’ll update this space if the streaming release date changes.

Where can you watch the other Scream movies to catch up?

As Newsweek explains, the rest of the films in the Scream franchise are not available on one network yet, due to deals made prior to the launch of Paramount+.

The Scream films are distributed by Paramount. Despite this, the movies are spread across multiple streaming services. The first and second are on Peacock in the U.S., the third is on The Roku Channel and Starz, and Scream 4 is on Showtime due to deals made before Paramount launched its own streaming service, Paramount+.

Here’s where you can track down the Screams in their entirety:

Watch Scream 1 and 2 on Peacock.

Watch Scream 3 on the Roku Channel and Starz.

If you don’t have Paramount+ but are interested in watching Scream 5 when it drops in February, you can sign up for a free one-week trial. After that, plans start at $4.99 a month.