J.K. Rowling on Unicorns and Sex 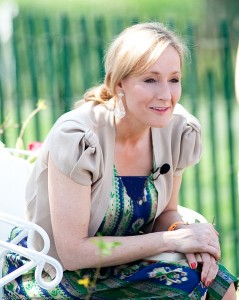 I had a lot of real-world material in me, believe you me. The thing about fantasy — there are certain things you just don’t do in fantasy. You don’t have sex near unicorns. It’s an ironclad rule. It’s tacky. — J.K. Rowling, author of the Harry Potter series, to The New Yorker.

With the imminent release of her first post-Harry Potter book, The Casual Vacancy, The New Yorker has secured an indepth feature with the British author, and fortunately for the rest of us, it’s available free online. It’s an interesting read, despite a strange moment where the writer feels the need to let us know that Rowling’s wearing too much foundation. Flavorwire has some key quotes.

Previously in Rowlings The Casual Vacancy