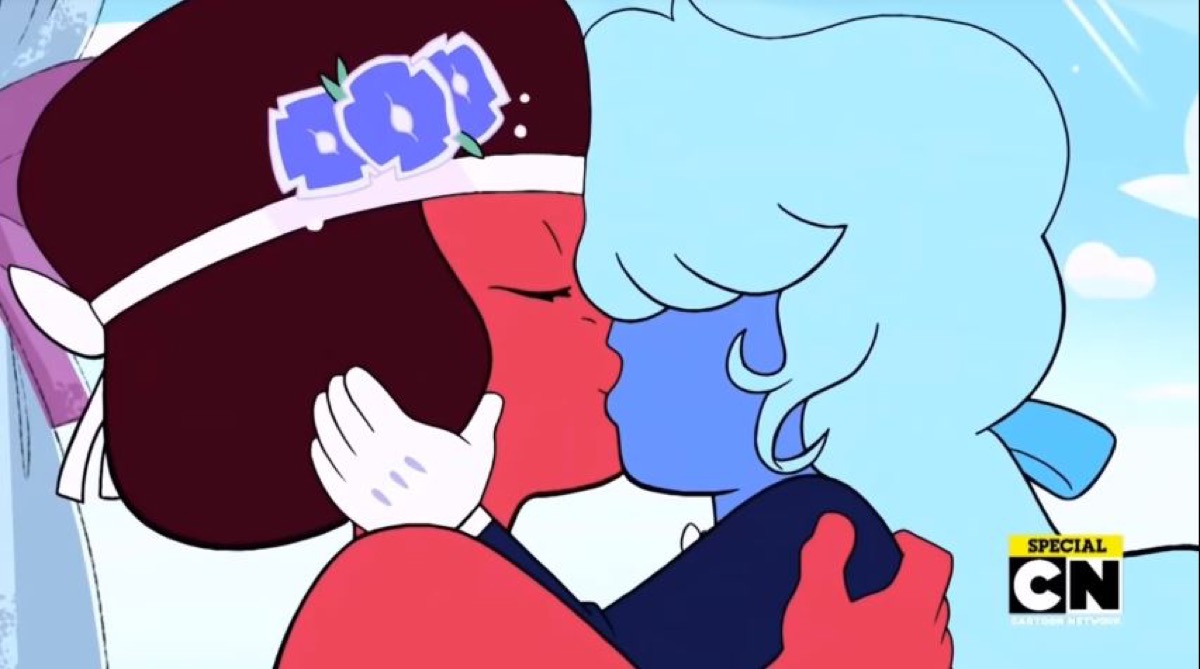 Half of me is happy there’s more LGBTQ+ representation in the modern generation of animated shows, allowing for today’s children to get the representation we never had before growing up, with the rise of shows like Steven Universe and Voltron, with their massive fandoms and popularity. However, the other half of me knows that we have still taken only mere steps, rather than long strides in order get LGBTQ+ representation in animation to be where we need it.

I shall begin my dive into this subject with the one of the more (in)famous shows of late with Voltron: Legendary Defender. Before I even heard of the show, I knew that Klance was one of Tumblr’s biggest ships—the pairing of two show leads, Keith and Lance. With scenes of the show hinting at the paring and teases from the show creators, many were led to believe that it would actually become canon.

I mean, that would be pretty big, right? Unfortunately, that remained a sweet dream for many, as the creators engaged with a little thing that we like to call “queer-baiting.” Queer-baiting refers to occurrences when creators of media tease fans that certain characters are canonically gay/lesbian/trans/bisexual etc. and will be represented positively but fail to deliver on said promise.

And this did not end with Klance.

In Season 7, Adam was introduced to the show as the boyfriend of Shiro, Voltron’s only then-confirmed gay main character, and fans of the show were pumped at the chance of getting some legitimate representation … until they saw Adam’s face on the memorial wall.

Yep. Voltron, in the year of 2018, did what we like to call “Bury Your Gays,” which is a trope in media where gay characters are killed off. The long and short of why this trope is harmful is it implies that people of the LGBTQ+ community’s only role is to die tragically, which is a despicable thing to imply.

In addition to Adam’s unnecessary death, Adam and Shiro’s relationship is never explicitly shown on the show, and if an outsider were looking in, they would not know the two were in a relationship—only if they looked on Twitter. Haven’t we learned from J.K. Rowling that confirming stuff on Twitter does not count as #Progressive?

Voltron made one last-ditch attempt at positive LGBTQ+ representation during the series finale, through Shiro’s wedding to an unnamed and undeveloped man, but it came as too little too late, as the show creators did not do much to push positive LGBTQ+ rep. over the course of Voltron’s eight seasons. 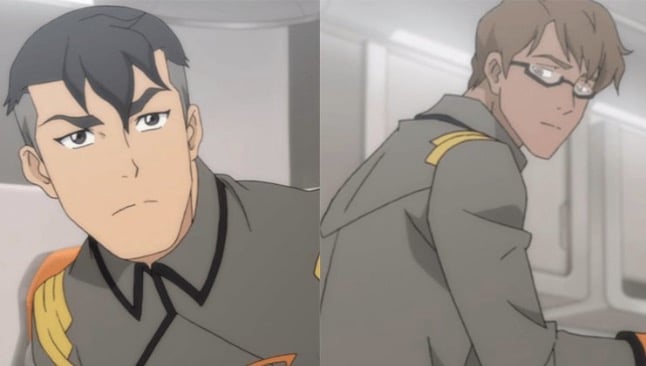 Next on the discussion plate is Steven Universe. It has been hailed since its release as one of the main pioneers of the current wave of LGBTQ+ representation, and I’m not saying it has not made important steps that should be accounted for, but I do think we need to take Steven Universe off its pedestal.

Going back to early 2015, the revelation that Garnet, one of the main characters, was a fusion of two separate characters: the Gems Ruby and Sapphire. In the series’ lore, this is when two Gems combine to create one Gem. Fusion is usually meant as a symbol of relationships, so it was not surprise that a lot of fans were attracted to Ruby and Sapphire’s relationship, especially since episodes centered around them were some of the best of the series.

However, these were too few and far between, and there is no excuse for that when there was plenty of time in the show’s current 160 episodes.

The next issue is that fusions are separate characters from the couple themselves so Ruby and Sapphire only really show up when they split apart, which only happens for special occasions in the show’s long run. Steven Universe does make the milestone of having one of the first lesbian weddings in a children’s show (pictured at the top), but it gets more disheartening when the second half of said episode leads to the conclusion of “Let’s sympathize with the space fascists who tried to kill said lesbian couple on sight.” More on that another time.

Next, let’s look at Pearl and Rose/Pink Diamond’s relationship, or more exactly, Pearl’s unrequited love for Rose/Pink. Going into the show’s history and revelations, Pearl was Pink Diamond’s “pearl,” which is basically a slave to the upper crusts of Gem Homeworld. This already puts their relationship on unhealthy ground through the fact that Pink Diamond/Rose owned Pearl and that Rose/Pink only indulges this relationship and leads Pearl on. In other words, it’s an abusive, one-sided relationship.

It would be interesting for a show to talk about abuse in LGBTQ+ representation, but that moment never comes in Steven Universe, as the show tends to gloss over it.

One crucial element of positive LGBTQ+ representation is to show healthy relationships to help break the stigma that LGBTQ+ relationships are this evil thing. It would not be an inherently bad thing to showcase unhealthy relationships in the LGBTQ+ community, but you have to (1) address that it is unhealthy within the narrative, and (2) counteract it with more positive examples in order to not contribute with the aforementioned stereotype.

Yet, Steven Universe does not do either of these two things. In terms of representation for non-binary people, Steven Universe offers a glimmer of that through Stevonnie, the fusion between Connie and Steven. Unfortunately, this falls into the similar issues of Garnet, in the way that they are rarely shown in the show save for special occasions, and they are not allowed to exist as their own character on the show, which I recommend reading more into with this article.

Speaking of other shows, The Loud House on Nickelodeon has shown more by showing Clyde’s two dads as recurring characters in a clearly established relationship, and revealing Luna Loud to be bisexual. She-ra and the Princesses of Power has shown potential through coding a lot of the main characters as LGBTQ+, but even then, that is not enough. The show kept the revelation that Bow has two dads in the “LGBTQ+ characters as spoilers” category, and Spinerella and Netossa are background characters and overall not enough clear representation in the show itself.

Adventure Time has leaned slightly more positive through Bubbline, the relationship between Princess Bubblegum and Marceline, who had some episodes developing their relationship and then shared a kiss and happy ending in the series finale. However, this still falls into the trend of last-minute relationship confirmation. More recently, The Dragon Prince on Netflix added a badass lesbian couple through Queen Annika and Queen Neha, but they unfortunately took a page out of Voltron and buried them within two episodes.

While creators trying to make positive LGBTQ+ representation is good and all, it’s not enough when it amounts to little more than cameo appearances, supporting roles, and adding to negative tropes. I understand that LGBTQ+ fandoms have been unfairly starved for content, and it is not LGBTQ+ fandoms’ fault for getting played by creators like this.

It’s infuriating that when you complain about this, you get replies like, ”Oh just be glad you have any representation at all,” which is the equivalent of telling someone who is starving to be glad with table scraps. The bar for LGBTQ+ representation in animated shows has risen ever so slightly over the last years, but it needs to come off of the ground at this point.

An avid writer, Jewel Queen loves all things science, Star Wars, Disney, Marvel and more of fantasy and fiction! Her goal is to put all her perspective, passion and views into her writing. Her all-time favorite characters include Finn, Moana, Rey, Poe Dameron and Belle. She has a particular affinity for biology and a soft spot for fantastical creatures.