What Is Politico Doing With This Weird Take on Kamala Harris’ Bluetooth Security Concerns? 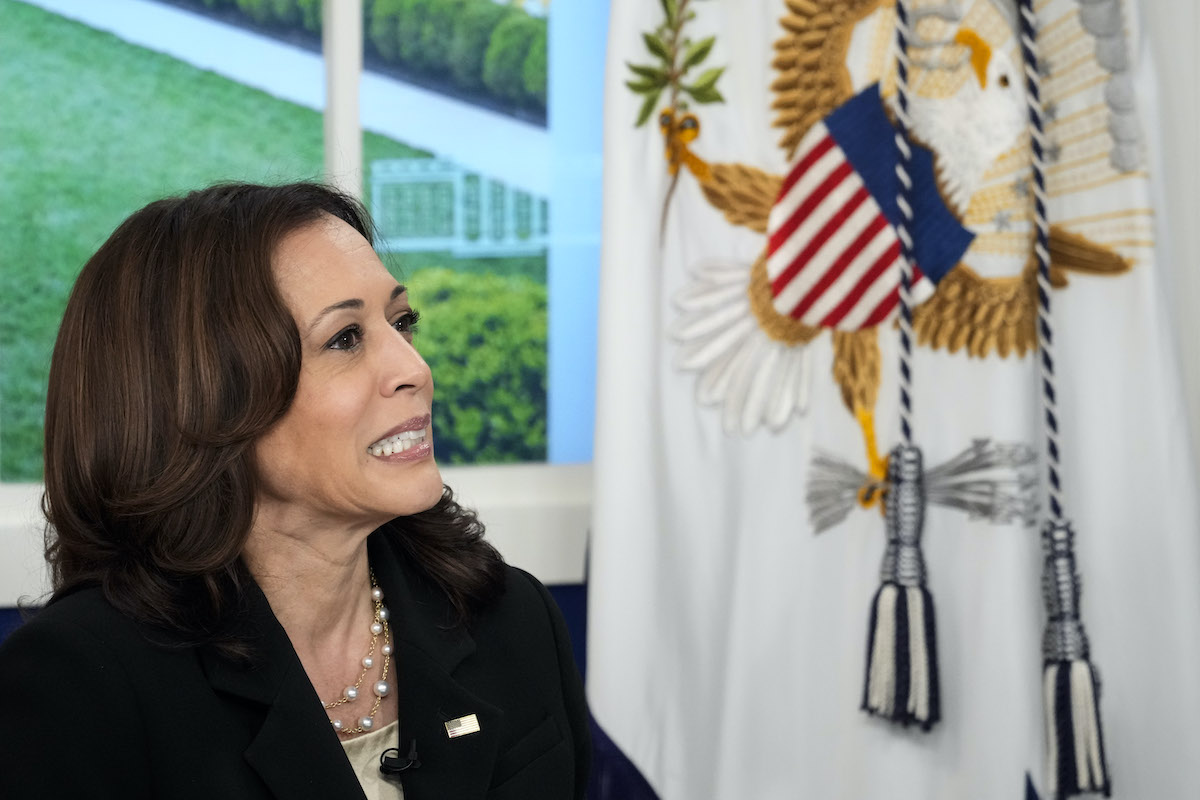 This week, Politico continued its trend of bizarre coverage of Vice President Kamala Harris with a lead story in its “West Wing Playbook” newsletter dedicated to the VP’s aversion to using Bluetooth headphones.

“Kamala Harris is Bluetooth-phobic,” reads the headline. The big scoop here, which was verified by a whole three former campaign aides, is that Harris thinks Bluetooth is a potential security risk. The piece is clearly supposed to be lighthearted, as you can tell from the flat jokes sprinkled throughout, but that doesn’t mean it’s not a weird thing to write, especially when taken within the context of the sort of consistent coverage Harris has received.

Politico (and other outlets, but Politico has been leading the pack) have been speculating ad nauseam about Harris’ chances of being kept on as Biden’s running mate in 2024, playing up a nonexistent rivalry between her and Pete Buttigieg that seems to still be rooted in an exchange from the 2019 primary race. Outlets have claimed that a recent “exodus” of her staff (which involves four people leaving, not exactly a huge shakeup) is reason to question her “leadership style.”

The criticism is constant, which is a bit weird considering Harris has spent most of her vice presidency so far working behind the scenes, out of the public spotlight. Just yesterday—before Politico’s newsletter was sent out to subscribers—Pajiba’s Dustin Rowles summed it up well:

But good lord, the press loves to attack her, and when the press can’t find anything in her public actions to criticize, they’ll manufacture some drama to capitalize on the public’s apparent fascination with Harris’ lack of popularity. As both the first woman and the first woman of color elected to the White House, the scrutiny against her is outsized, and after four years in which Donald Trump gave the press a big scandal to write about on a near-daily basis, it feels sometimes as though news outlets are trying to manufacture drama and find a villain for their narratives. Who better than a Black woman?

So when Politico dedicates a lead story to nitpicking something as frivolous as Harris’ choice of headphones, it’s irritating. And while the story isn’t overtly negative or critical, it does have a vaguely mocking tone, calling Harris’ prudence “anxieties” and claiming some (presumably of the three) former staffers think “it’s a bit paranoid” and casting her somewhere between a conspiracy theorist and a laughable Luddite.

Nowhere in the piece does the writer seem to give any credence whatsoever to the idea that avoiding Bluetooth might actually be a good idea for someone with Harris’ security needs. Are we all just pretending the 2016 election, with all its questions over cyber security and foreign interference, never even happened?

This piece reads like it was written in a world where the 2016 election didn’t turn on both real and imagined questions of email security. https://t.co/QsQfkarbuf

Bluetooth peripherals are a security risk. If they don’t rotate their unique identifier, they can easily be sniffed and tracked. If there are flaws in the security, they can be compromised. Most people don’t have to worry about these things but high level federal officials should https://t.co/oe5FAnbbmS

This might be the most ridiculous hit piece I’ve ever read.

1. Anyone with a functioning brain knows Bluetooth is a security risk — it’s why they’re not allowed in SCIFs, or even some government buildings

2. Suddenly, having a VP that cares about security is a problem? https://t.co/GywvRHeuLd

I’d say it’s written somewhere between joking and mocking, but nowhere with the suggestion that maybe being extremely careful with digital security is a central political lesson of the past decade.

I’m not offended by it, but I do think it’s weird. Politico covered 2016 too!

This is especially weird because (female) politicians are usually attacked when they aren’t vigilant enough about cyber and technology security. “But her headphones,” I guess.

The Kamala Harris “Bluetooth scandal” is just further evidence that it was never “but her emails,” it was always “but they’re females.”