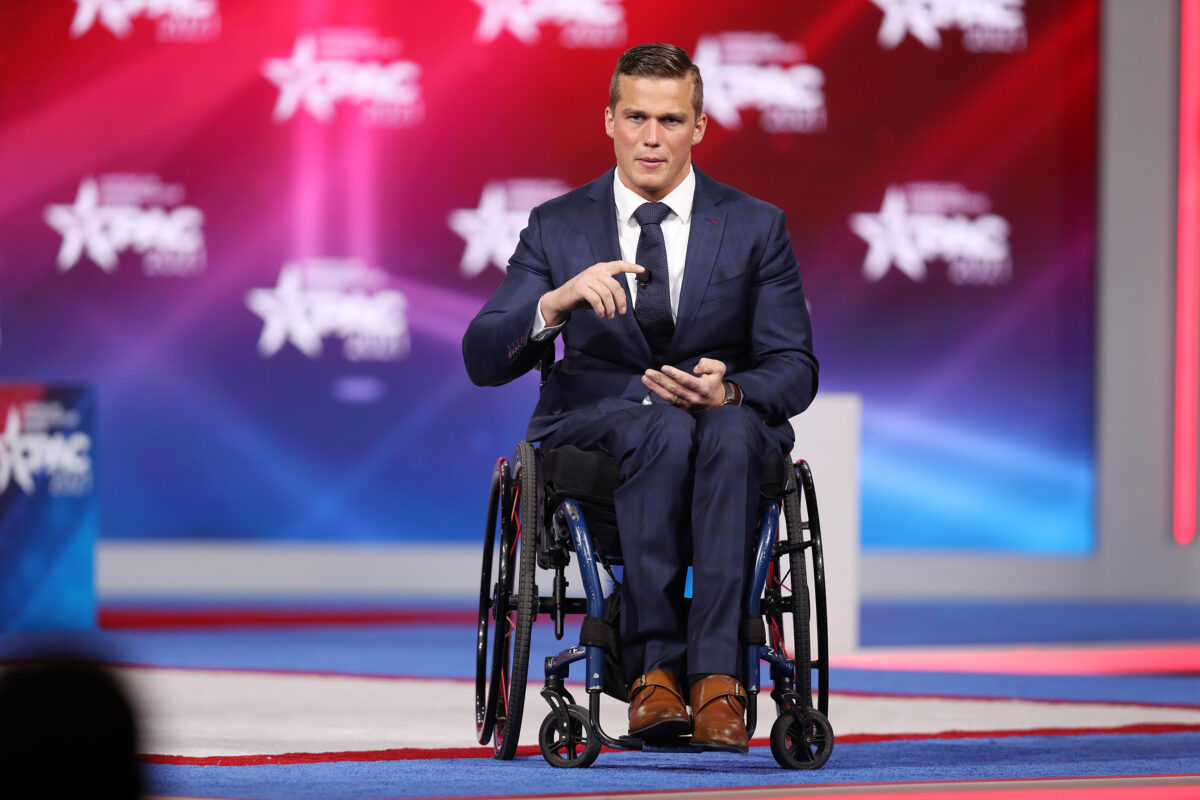 When you become a parent, friends, and family offer all sorts of advice, whether solicited or not. From attachment parenting to breastfeeding to “sleep when the baby sleeps,” everyone is filled to the brim with opinions on how you should raise your offspring. As a parent, your job is to take the advice that is relevant to your experience/parenting style and to discard the rest. And the newest entry on top of that discard pile is this bizarre and brazen rant by Rep. Madison Cawthorn (R-N.C.).

The right-wing congressman appeared in a clip shared by activist group Right Wing Watch, where he railed against parents who “de-masculate young men” because “they don’t want people who are going to stand up.” Cawthorn continued, “All you moms here — the ones who I said are the most vicious in our movement — if you are raising a young man, please raise them to be a monster.”

Complaining that “our culture today is trying to completely demasculate all the young men,” Rep. Madison Cawthorn issues a plea to parents: “If you are raising a young man, please raise them to be a monster.” pic.twitter.com/v7b0pN3RA3

Cawthorn’s gross advice was met with some whistles and cheers, as he promotes outdated ideas to foster and grow toxic masculinity. Because for men like Madison Cawthorn, being brutish, controlling, and monstrous is analogous with being a man. Naturally, Cawthorn himself embraces these ideals.

When he’s not visiting Hitler’s vacation retreat, he has a pattern of sexually harassing women.

His sexual misconduct was so flagrant that over 160 former students signed a letter describing Cawthorn’s time at Patrick Henry College as rife with “gross misconduct towards our female peers, public misrepresentation of his past, disorderly conduct that was against the school’s student honor code, and self-admitted academic failings,” including that he “established a reputation of predatory behavior.”

And being a classic overachiever, Cawthorn has displayed monstrous behavior throughout his short tenure in congress. He voted against renewing the Violence Against Women Act, and referred to the Capitol riot insurrectionists as “political hostages.”

Many spoke out against Cawthorn and his mission to instill toxic masculinity and violence in young boys. Ultimately, Cawthorn’s premise is one borne out of deep-seated feelings of insecurity, inadequacy, and impotent rage. It would be sad if it weren’t so terrifying.

More evidence below that the Naval Academy was right in rejecting Madison Cawthorn, who lied about getting accepted by the Academy. America is an exceptional nation precisely because we don’t raise monsters.

So, essentially, @CawthornforNC wants to create a culture of toxic masculinity, rapists, molesters, and serial killers.

Thanks for inflicting us with this sociopath, @NCGOP. https://t.co/kgD9aODeES

Counter point to Madison Cawthorn’s parenting advice. If you raise your children to be monsters, just remember they still will be picking your nursing home.

Anyone who takes parenting advice from a serial sexual harasser like Madison Cawthorn needs to have their kids take from them. https://t.co/J7PwsOw7Bo

Raise them to be the new hitler youth ! https://t.co/HLoZGWgaV0