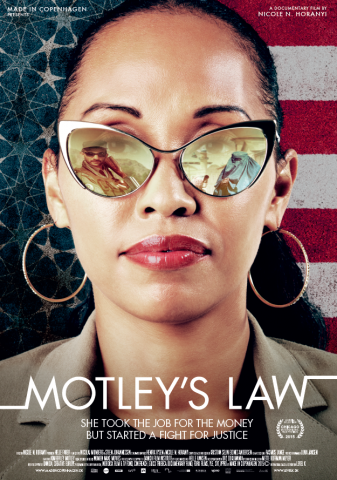 Motley’s Law, an upcoming documentary by filmmaker, Nicole N. Horanyi, tells the story of a badass American lawyer fighting for justice against a corrupt legal system in Afghanistan. Check out the trailer below.

What’s seems awesome about this film is that it doesn’t feel like like it’s part of an “us=good, them=bad” narrative. It seems like a nuanced piece. 38-year-old attorney, Kimberley Motley admits that when she first came to Kabul, she did so for the money. What made her stay was seeing the corruption first-hand, and she has since sacrificed her time with her own family to make a difference in the lives of other families. Motley also brings up the point that there isn’t a system in existence that isn’t corrupt – it’s just that Afghanistan’s legal system is one of the more obviously corrupt.

Motley’s Law will premiere at the Chicago International Film Festival on October 20, and based on this trailer, I’m looking forward to it having a wider release.

What do you think of Motley’s Law?