Tis the Season for Marie Callender’s Ruining the Holidays Because Someone Burnt Their Pie… Wait What?

This is clearly a pie that Marie Callender's didn't commit! 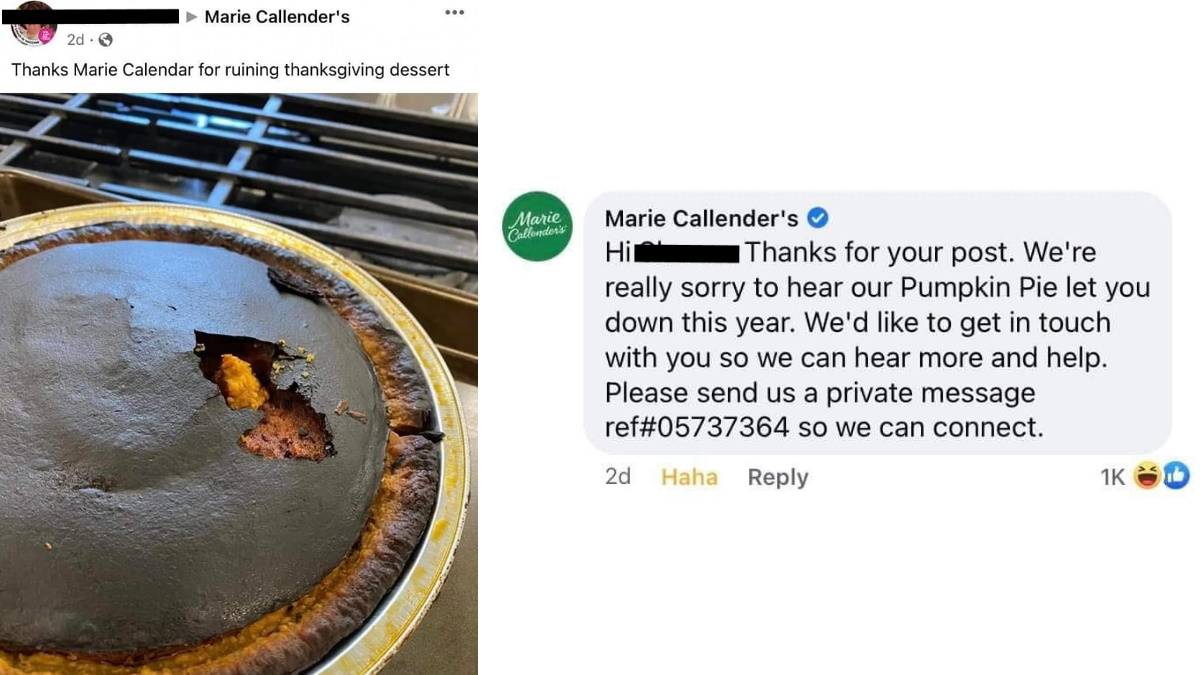 With the holidays comes an increased amount of entitlement from the general public. It’s a season where employees are branded as “ruiners of (insert holiday)” because an item ran out of stock or, heaven forbid, a particular ingredient isn’t available to complete a specific dish.

While putting the blame on others but yourself isn’t exclusive to the holidays (it happens all the time), it feels extra salty from November to January, with people expecting to speak to managers or companies about things said manager or company have no control over. 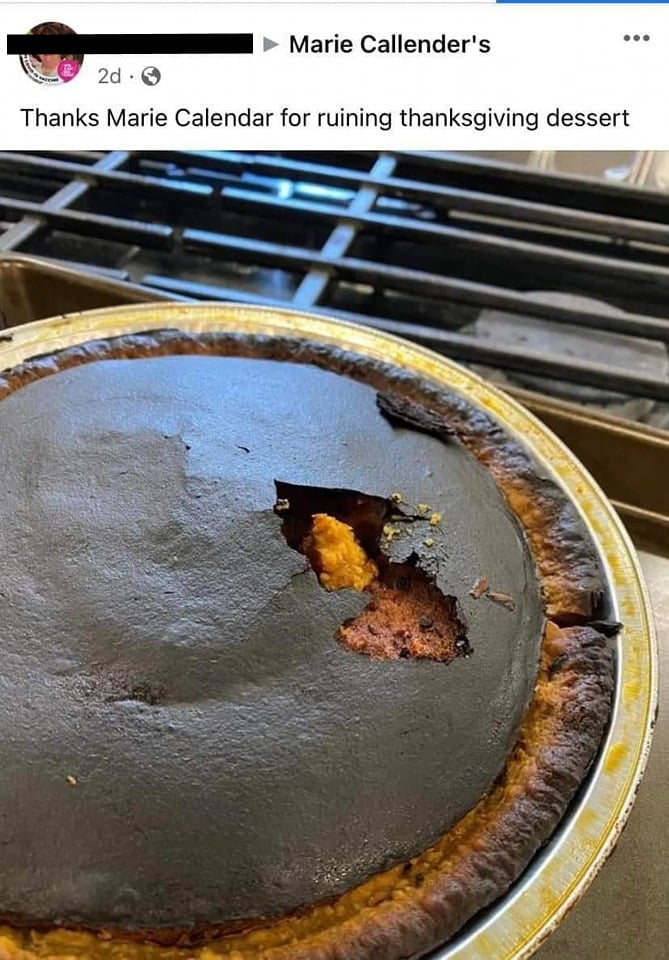 I wish we lived in a world where this would be a joke, but six years of retail experience tells me that this post was made with an expectation of Marie Callender’s doing something about one of their pies being burnt by, presumably, the person making the post. I’m sure this person would go to the grocery store and demand a refund or exchange for a different frozen pie, who knows, maybe they did and resorted to posting on the Marie Callender’s Facebook page when that didn’t work.

Obviously, Marie Callender’s already did their part by having the frozen pie available, it’s up to us to cook it in a way that doesn’t make it look like a pie sample from Dante’s Peak. Let me preface that by saying that I normally sympathize with cooking failures in the kitchen (especially desserts), but that sympathy vanishes when I see posts like this one. 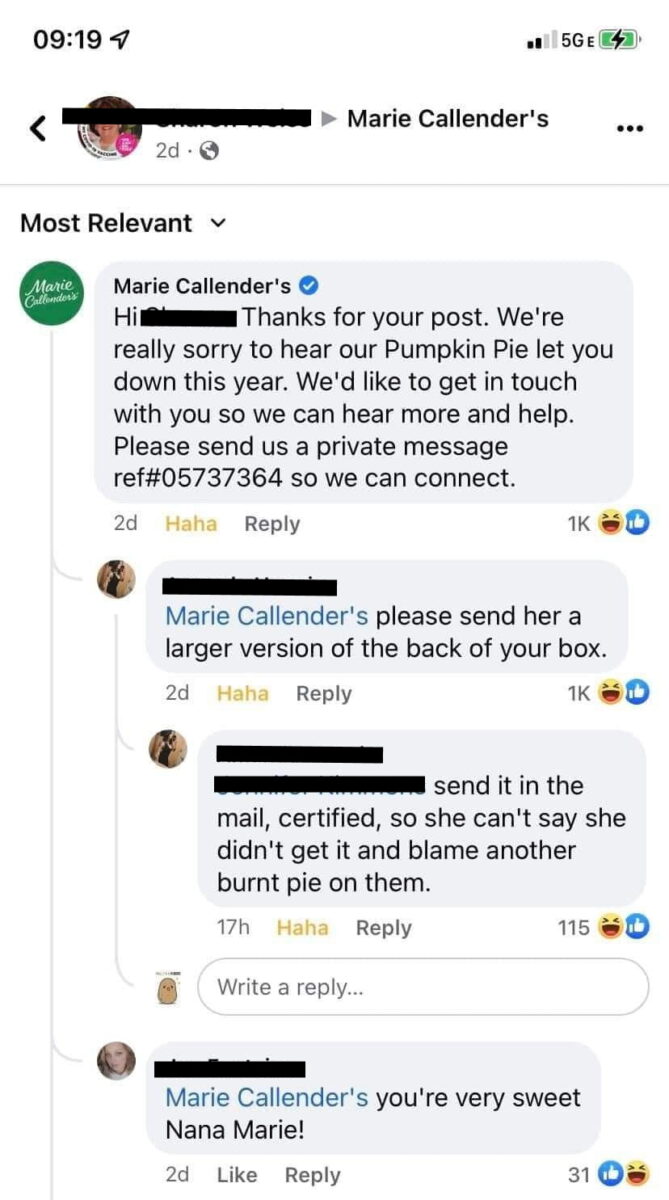 You ain’t do nothing wrong, Marie! 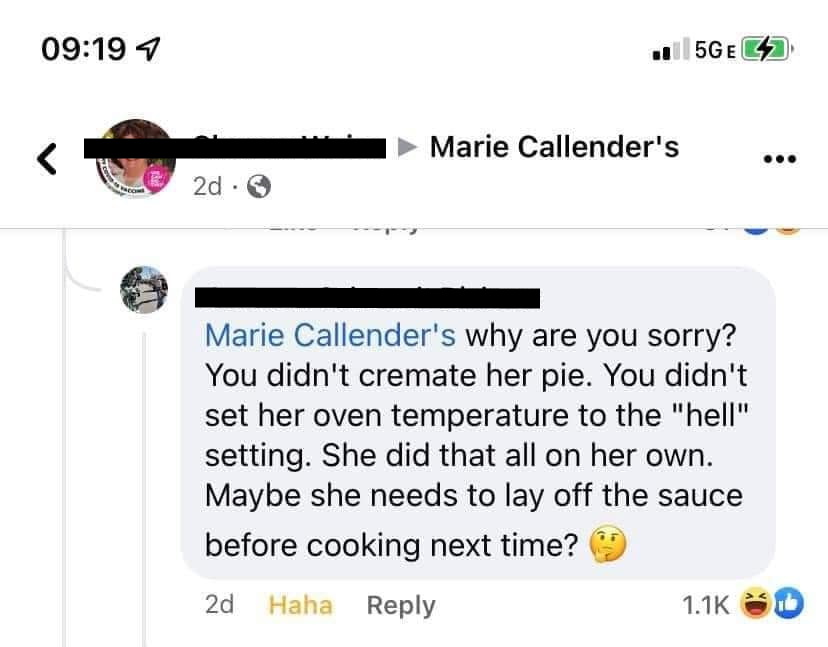 This just takes me back to working the day after Christmas and having to apologize for Xbox Live being down. All I had done was sell the subscription card, I couldn’t control the network being down, and yet, I was blamed for it. And don’t let there be someone from upper “I don’t actually work in the store” management be around, they’re likely to give the customer a gift card for, um, a network we have no control over.

Or you just apologize because … what else are you supposed to do in that situation? You apologize and hope that the situation ends quickly because it’s not like you can actually tell a customer it’s their fault.

Marie Callender’s apologized and offered to fix the problem, which I assume means that they’re gonna send a free pie to the pumpkin burner, or something along those lines.

Needless to say, everyone has chimed in, not only to reassure Nana Marie that they aren’t at fault, but they’ve been dunking on how burnt the pie is. 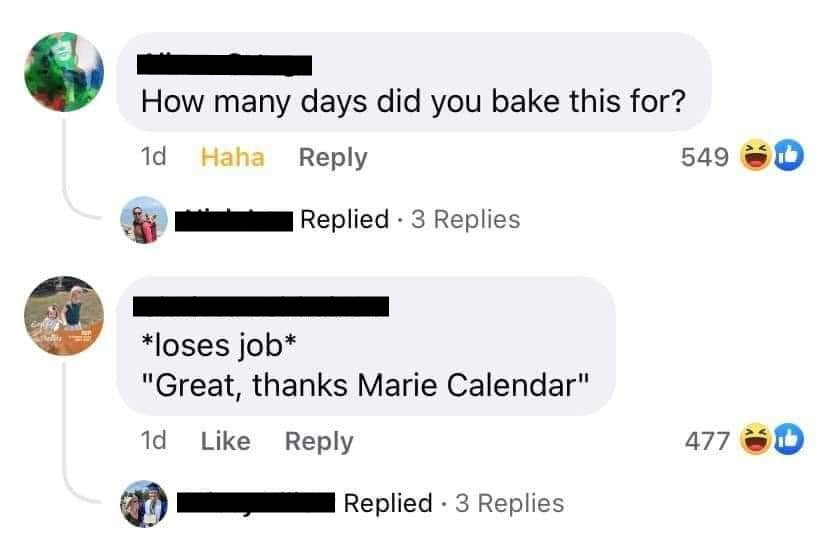 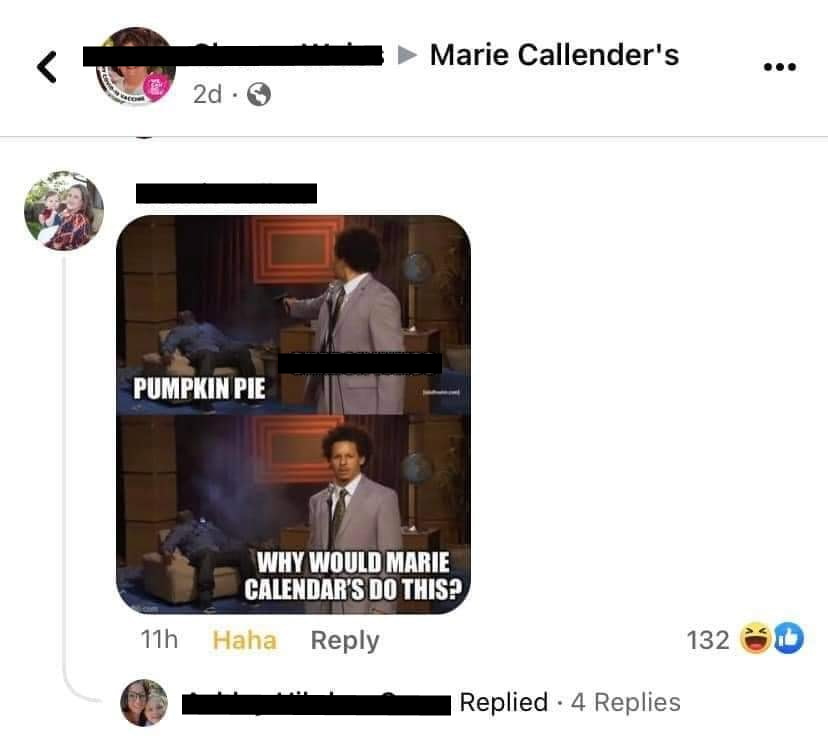 Again, I’m sure there would be a lot more “you tried” stickers going around for this pie if not for the audacity of blaming THE PIE COMPANY for YOU burning the pie. Marie Callender’s had one job – sit in the frozen section next to Sara (Ms. Lee if you’re nasty) and Edwards.

What happens in the kitchen after that has nothing to do with them. 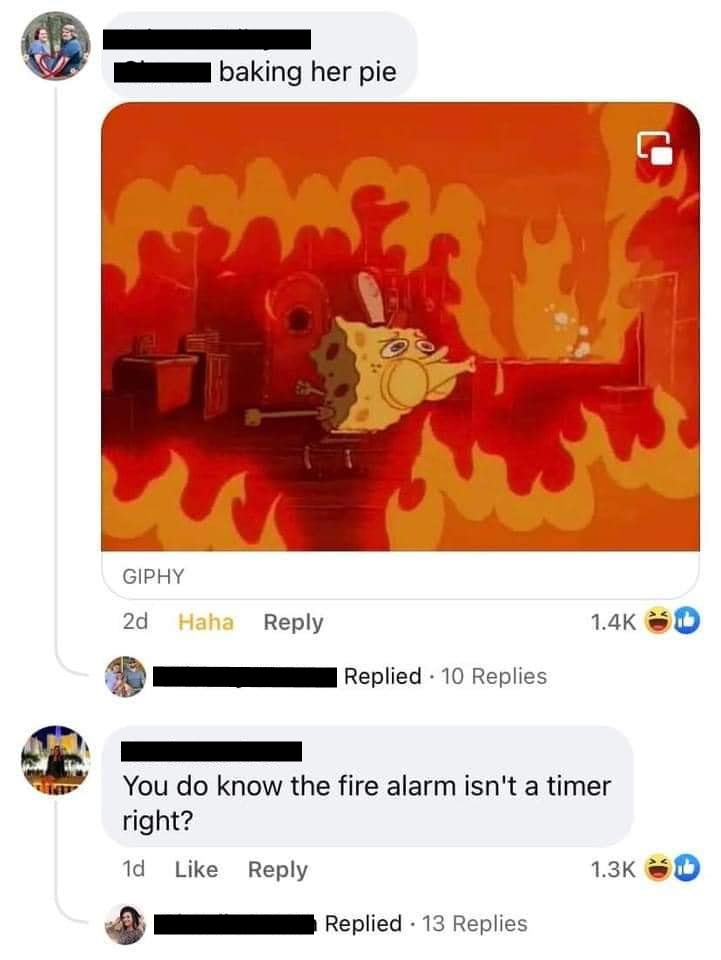 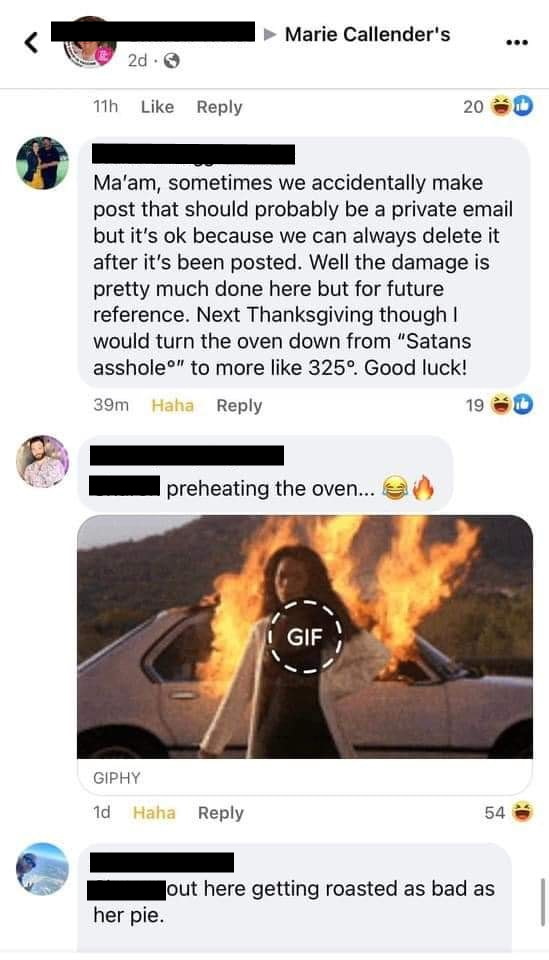 Moral of the story? The holiday pies are back at McDonald’s, which are already cooked and put into an easy-to-grip box. No oven work is required, so there’s no possibility of them ending up like crusted hockey pucks with a pumpkin center. However, if you drop the pie on the floor, you probably shouldn’t blame McDonald’s for it.

I’m kidding. The real lesson is to not blame burnt dessert on a frozen food company, but I suppose if you want to, be prepared to be written about in a holiday-themed piece on a Wednesday.