Minifiguring All My Feelings out About LEGO: My Problematic Fave 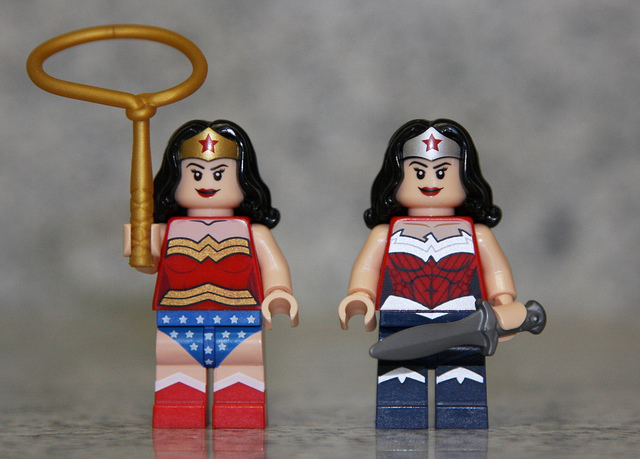 I was in counseling a while back, and I mentioned that I enjoyed building LEGO. This piqued my counselor’s interest, so I explained to her why I enjoyed building LEGO as an adult: “It feels cathartic to me. I get an end result, I build something then it’s complete. Putting each piece together allows me to quieten down my brain and relax when things are difficult.”

Her response is something I still use to justify buying LEGO: “Then build LEGO. You have a LEGO-buying prescription from me.”

She was joking, of course, but it helps me not feel as bad when I spend money on LEGO. It’s a strange toy when you think about it—perhaps one of the strangest. After all, at its most basic form, LEGO is just a plastic brick. Perhaps it’s the simplicity of that that allows LEGO to be equally appealing to all ages. The LEGO aisle is often packed with kids and adults poking through sets. For many years, LEGO was famously advertised as a unisex toy; in the 1970s, they even included leaflets with sets explaining that LEGO is for both boys and girls. Then in the 1980s, LEGO started to focus on just boys and almost went bankrupt in 2005.

Lego had it nailed in the 70’s pic.twitter.com/jw2pD3Obiy

Since then, the company has focused on licensing properties for LEGO sets (Harry Potter, Lord of the Rings, Pirates of the Caribbean, and Star Wars just to name a few), and it’s become the biggest selling toy in the world, overtaking Mattel in 2014. Sadly, that resurgence of popularity hasn’t helped address the gender issue. For all the love I have of LEGO, I know it’s problematic. Like with all our favorites, be it a book, a movie or game, we should acknowledge the issues present, but that doesn’t mean we have to stop loving them.

LEGO is still, to this day, heavily invested in boys. They are the primary focus for both the majority of the sets and the advertising. Instead of returning to the old unisex approach, LEGO decided to corral girls off from the main LEGO line altogether. They now make Disney Princesses, Elves, and Friends sets that are aimed at girls, to the detriment of boys who are put off by all the pink. Those delightful plastic bricks have gone from a unisex toy to highly gendered one. 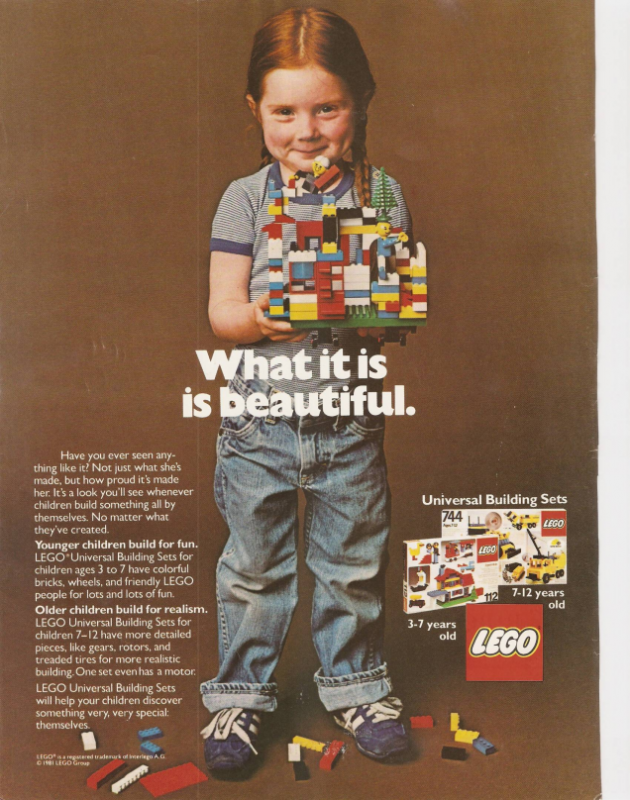 Within LEGO, girls are traditionally in caring roles such as nurses while boys are adventurous policemen. LEGO thinks that girls want pink packaging while boys want black and blue. The male focus carries over to minifigures; men appear in LEGO sets more than women at a ratio of around 10:1—ten men for every woman. These figures are hard to quantify, as LEGO does not release official statistics. In the sets specifically for girls, the ratio is around 3:1, three women for every one man—a lot closer to a balance than the standard LEGO range. City, which is a non-licensed set that LEGO makes itself, has a ratio of around 12:1, twelve men for every woman.

As someone with a lot of LEGO—and I specifically buy sets that have women in them—the ratio of men to women in my collection is about 6:1, six men for every woman. It’s pretty good compared to the average. The lack of women is not the only problem within LEGO’s plastic fantastic world. Women are oddly sexualized by giving them a curvy waist and lipstick—overtly feminine characteristics. This happens in many media: Men can appear in any shape, but women must be curved. Pixar-Disney are particularly bad with this. Back in 1989, a single LEGO woman pirate appeared, and she was given a curved waist and lipstick. This then became the default way of assigning gender to minifigures.

Lava by Pixar. Men in Pixar can be any shape, women almost always have to be femme.

Almost all women minifigs are now presented in this way. From Jedi to ghosts, it doesn’t seem to matter. My sets contain 25 women, and only two don’t have the fake curved waist; a Ferrari photographer and a spacewoman from the Exo Suit set. Men can be represented by the standard shape, but somehow women have to be curvy. I fervently wish LEGO would drop the waist curve. Women don’t need to have a slim inward curving waist to be women.

Another issue I see with LEGO is that the artificially high price of LEGO excludes many people from buying sets. Its prices range from around $3.99 for a minifigure to $399.00 for a set right now. LEGO is supposedly one of the best investments you can make as sets, especially the large sets, always go up in value over time. The UK’s Daily Telegraph called LEGO a “better investment than shares or gold.” The average value increases per year at 12%.

The environment is also a victim of LEGO’s success. Those plastic bricks are shockingly durable and don’t biodegrade. The Danish company knows this and has committed to moving away from using plastic by 2030 and is already investing millions of dollars to move towards that goal. How durable is LEGO? Well back in 1997, some containers of LEGO were lost off a ship, and since that time, they’ve been providing scientists data on ocean currents by washing up around the UK, Australia, and America.

LEGO is a highly conservative company that’s slow to change and almost never admits mistakes. One recent admission of a mistake is around the 2015 refusal to supply Ai Weiwei a bulk order of bricks for an art installation. Another, also from 2015, is an apology they issued because LEGO used an offensive term in a set description. These apologies are rare, the recent Wall-E set had a poor neck design, and the head flopped over. LEGO quietly changed the design but never officially apologized.

Gender representation in LEGO has slowly been improving since 2012 as more women are appearing in sets than ever before, but the improvement is so slow that those 2030 eco-bricks will probably happen before we even get near gender parity. Speaking of gender, LEGO is based on a gender binary that doesn’t exist. Yes, you can swap heads and bodies right now to mix gender representation, but wouldn’t it be something to have that mix on the box and in the instructions? Racially, LEGO is shockingly Caucasian, as represented by those yellow smiling faces; we really need a far greater mix of both color and ethnicity from LEGO. The entire world is not represented by European Danish demographics.

Building LEGO is good for me, but I have to admit my fave is problematic. LEGO needs to drag itself into the 21st century by deciding all non-licensed sets must achieve gender parity. That can be done almost overnight. Have different races and mixed genders in and on the boxes. Stop almost universally advertising to boys, and bring women and girls back into the main LEGO line. It’s time for LEGO to yet again put the right material in people’s hands and let them build what they want.